Telegram founder says that he knew he was under surveillance since 2018 Pavel Durov, the Russian tech Billionaire says governments are using surveillance tools to spy on smartphones and “there is no way to protect your device from it.” 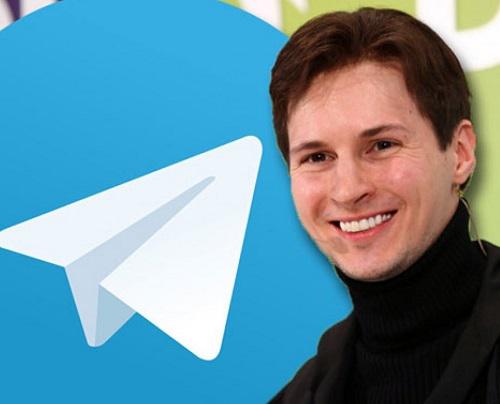 Just a few days ago Telegram founder Pavel Durov was found listed on Pegasus leaked data. This list consisted of several individuals who are selected by NSO group the creators of Pegasus client governments in the presence of flows name in there is particularly ionic as per wale has earned his reputation as a tech billionaire who built an unhackable messaging app and he finds his name in this spyware clientele list.

What’s even more interesting is that Pavel today said that he knew he was under surveillance since 2018. Pavel wrote a long note revealing this information on his Telegram channel.
Although without forensic testing there is no way to confirm whether spyware was installed on his phone or not. Some devices of potential targets were analyzed by Amnesty International and they found many of them to be infected by Pegasus.

Pegasus is spyware created by NSO Group, an Israeli cyber-security company. Although NSO group has denied that drove force that gets all that anyone whose number was part of the leaked list and database was was a target for Pegasus. But this week series of reports came across the world that showed the acts of spyware by Pegasus which was used to target journalists, activists, ministers, and constitutional authorities across the globe.

Durov is a Russian tech billionaire and he says since he was living in Russia he got accustomed to assuming that his mobile phone’s security and privacy are always compromised. He said, “Since at least 2018, I have been aware that one of my phone numbers was included in a list of potential targets of such surveillance tools (although a source from the NSO Group denies it)”.

Durov firmly believes that many governments are also using these surveillance tools to hack Android and IOS phones. He asserts

“there is no way to protect your device from it.”

Durov blames the Apple-Google duopoly on smartphone operating systems for providing a backdoor to surveillance, although there’s no conclusive evidence to support his claim. Edward Snowden also revealed the involvement of Apple and Google in a mass surveillance program. Edward Snowden is an American whistleblower who released classified NSA documents in 2013.
Pavlov said,

“So far, even though the current market monopolization increases costs and violates privacy and freedom of speech of billions, government officials have been very slow to act. I hope the news that they have been targeted by these surveillance tools will prompt politicians to change their minds.”