Tesla Giga Berlin is seen to be taking shape as the first walls and other initial building materials are being used. Back in 2019, the Giga Berlin factory was announced, and the factory is yet to start production. This year Elon Musk announced that Giga Berlin will produce the game-changing batteries, 4680 battery cells. The battery factory which is located beside the vehicle production factory is now taking shape and will be ready possibly after the vehicle production starts. 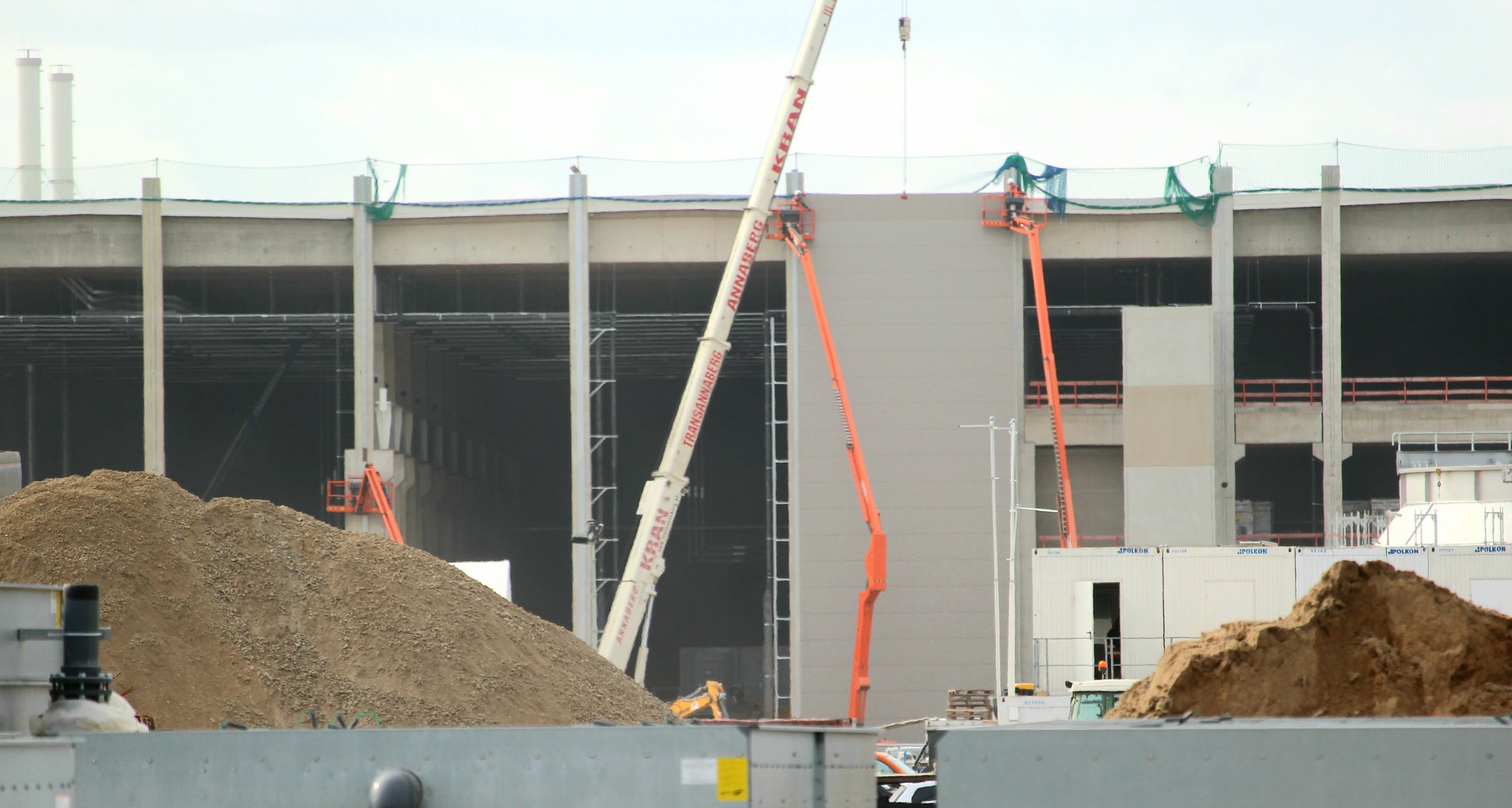 The factory is located in Brandenburg, Germany. Once the vehicle production starts, the company will be able to supply the demand in Europe. Currently, the Tesla cars in Europe are being imported from Giga Shanghai in China. As the China sales of Tesla are increasing, the pressure of supplying increases for the Shanghai factory.

Giga Berlin is yet to receive all permissions. Next month, as announced by Elon Musk, during the October fest, the factory tour celebrations are planned. It is expected that by then the factory permissions and other regulatory acceptances will be given. Ever since the factory started in the abandoned location, it has been having many difficulties from getting permissions to creating acceptance in local areas.

#GigaBerlin
September 22/2021
++today at the construction site ++.
The last still open area in the casting is now also closed.
The Battery Cell building continues to grow at a rapid pace, first walls are built. pic.twitter.com/q02Q31sCGT

Now the construction crew is focusing on the battery factory. These batteries are to be included in the Model Y manufactured in the Giga Berlin factory. Furthermore, the battery is actually not fully ready for production. In late August, it was known that the 4680 battery cells have 70-80% production yield. Though the advances are remarkable and Tesla is progressing as the factory is getting ready. The details are unclear.

However, the factory progression is going better than before and quicker than anticipated. The factory is receiving support from the federal government. A German media outlet reported that the battery factory will receive up to  €1.135 billion from the Federal Ministry for Economic Affairs and Energy. The grant is part of the EU’s IPCEI initiative. Last year Elon Musk spoke about the battery factory, saying,

“I think it will be the largest. It would be capable of over 100 GWh hours per year of production and then possibly going to 200 to 250. I’m pretty confident at that point it would be the largest battery-cell plant in the world.”