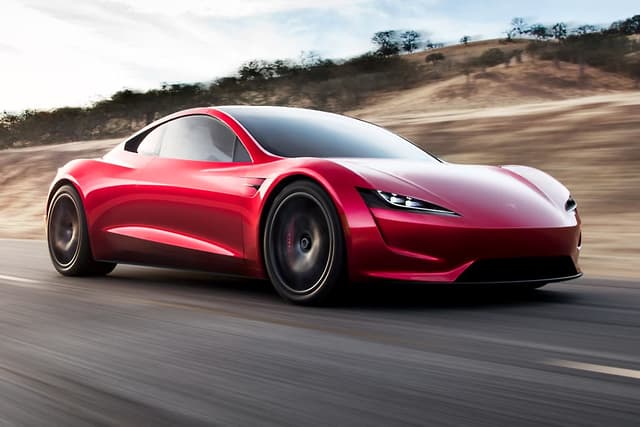 Tesla is warming up excited fans for the big event. One week delay was announced by Elon Musk a few hours back. Not only Model S Plaid is a car, but it “feels like a spaceship.” The wait makes it worthwhile.

Elon Musk announced a delivery event for the flying car on May 20th, an unexpected announcement that isn’t the “launch” of the model. Also doesn’t mention if Tesla is going to start deliveries. However, the event is delayed for a week, from June 3rd to June 10th.

This car feels like a spaceship. Words cannot describe the limbic resonance.

No hints, none except dark helmets

As usual, the CEO of Tesla, Elon Musk replied with a funny line to a tweet asking, “Give us a hint about how plaid feels without telling us.” While all others have been guessing multiple reasons for the delay, possibly another surprise.

Tesla Model S was the first-ever passenger vehicle by Tesla launched in 2012. Eventually, in 2020, they announced a remodel, Tesla Model S Plaid. From then the car was occasionally seen on race tracks as it was prepping to be one of the fastest. Then was announced the fastest production car a few weeks back.

By now the Model S Plaid goes with multiple names, the flying car, the flying tesla, and now the dark car or spaceship Tesla car. The car is designed without any additional equipment like thrusters or boosters. Yet, is speed enough to run a quarter-mile in less than 10 seconds.

So far the pre-ordered customers didn’t seem to have got any information regarding delivery.

Initially, some experts have shown concerns regarding the yoke wheel shown as the Model S Plaid was on display. And the interiors are no match for the earlier Tesla Model S version. Every smallest detail is being looked into.

Usually, Tesla is one of those companies which first works the futuristic features and works its way up to the design and other minor details. It is possible that the same is going on with Model S Plaid, as Elon Musk tweeted that the production vehicle will look much better.

Moreover, they have been working on simplifying the Model S Plaid. Despite various improvements and Spaceship-like car, it needs to be production-ready. Tesla is working on product quality improvement, and complicating the car model won’t do the trick.

We’re going to simplify Plaid a little. Was getting too complex.

Furthermore, the customization company Cavier has been taking orders for the gold-plated Tesla Model S Plaid cars. The Plaid version is going to be a royal car once the production starts.