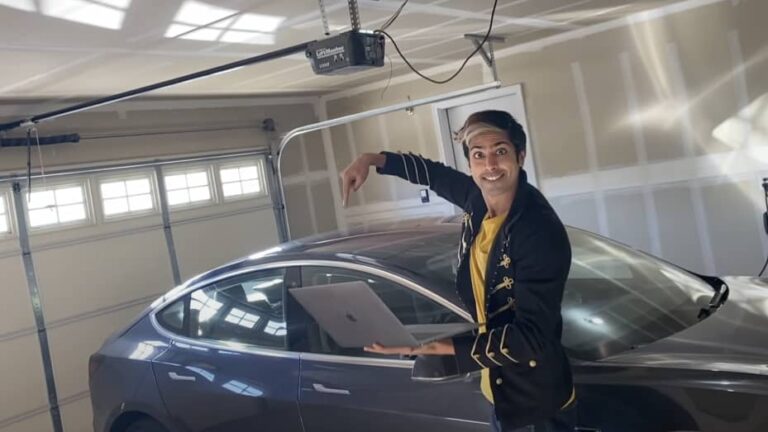 Tesla owners find that using Model 3 for cryptocurrency mining rig is much cheaper, making the vehicle into a self-sufficient revenue-generating machine. Siraj Raval is the owner of Model 3 who does this to make at least $800 each month, which is enough to pay for his Tesla. However, other Tesla owners are pondering how effective this system is. Some even believe that mining that way is not worth it, with higher yield rig and higher price.

Raval owns a 2018 Model 3 vehicle. Using this vehicle, he runs free bitcoin mining software by plugging an inverter into his car at a 12-volt power socket located in the center console. With this hisApple Mac mini M is powered and used for mining. Another way is by connecting the frunk of his car to interconnected graphics processing units or GPUs. It would be using the vehicle’s internal car battery.

Raval says that it is worth the risk, as it is not covered by the warranty of the vehicle. He claims that he has been netting around $800 per month as the price of the ether peaked in 2021.

Another such Tesla owner is Alejandro de la Torre who connects his Tesla to mining bitcoin. He stated, “The main component is the price of the electricity. If it’s cheaper doing it through an electric vehicle, then so be it,”

Mining Crypto with a Tesla

Back in 2018, Chris Allessi — who tells CNBC he was Wisconsin’s first-ever electric car dealer — decided to tinker with his Tesla. This is nothing new for Allessi, also known as K-Man on his YouTube channel, who builds custom electric cars in his free time and bills himself as a modern-day Doc Brown, the character from the film “Back to the Future” who retrofits a car into a time machine.

“I like electricity. I like zapping stuff, building stuff. You give me an electric motor, I give you a finished product,” he said. Similar to Raval, Allessi has tried out a couple of different ways to transform his Tesla Model S into a crypto mining rig. Allessi has tried mining for bitcoin by plugging a Bitmain Antminer S9 — a type of mining rig specifically used to mint the world’s most popular cryptocurrency — directly into his car battery, with the help of a power inverter. The inverter adjusts the voltage of Tesla’s electric battery to a level that’s compatible with his Antminer.

In industry speak, crypto mining is the energy-intensive process in which machines around the world contribute their computing power to the overall network, in order to create new coins and validate transactions of existing tokens. They do that by running specialized software that crunches complicated math equations. To participate, essentially all you need is a computer and power.
Credits- CNBC