Tether is a stablecoin issuer that is housed on the Bitcoin and Ethereum blockchains, among others. Tether is a stablecoin that rules the crypto market, with more than $74 billion in tokens and accounting for more than half of bitcoin transactions. The New York Attorney General’s Office and Coindesk are essentially at odds with Tether. The issue with NYAG is that it owns all of Tether and Bitfinex’s non-public disclosure records, and Coindesk, a competitor of Tether, wants to buy them from NYAG and make them public.

The petition that Tether raised was against the view of documents by public and its competitor Coindesk. The petition stated that, Tether requests permission to block the disclosure of reserves which was formed during the course of the year, from the public. The petition was rejected by the court.

Cryptowhale tweeted a tweet acknowledging that the court has dismissed the plea of Tether. Lets look at the tweet below:

BREAKING: New York Supreme Court has REJECTED Tether’s petition to block the public from receiving documents detailing the composition of Tether’s reserves over the past few years.#Tether #Bitfinex $USDT pic.twitter.com/14ijOZnws7

Tether’s lawsuit against Coindesk and NYAG. 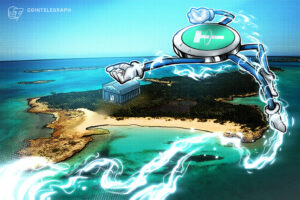 Coindesk being one of the competitors of Tether, wanted to hold the documents which had the information about the reserves tether made. However, tether was not interested in sharing the documents with it rival under any circumstance. So, when coindesk stuck tether with NYAG move, Tether filed a lawsuit in February. The lawsuit mainly stated “The records here include Bitfinex and Tether’s non-disclosure, non-public internal documents that were acquired after a significant outflow of money and a commitment that it should not be bought by any of its competitors,” according to the statement. Tether paid NYAG roughly $18.5 billion a year ago to conceal the $850 million dirt in its payment processor. Tether and Bitfinex are also suspected of working illegally and concealing enormous financial losses in order to keep the scheme afloat, earning a large sum of money in the process. However, as the situation become more public, Tether launched a lawsuit against NYAG in August. The lawsuit accuses NYAG of revealing non-disclosure agreements and information to its competitor Coindesk.

It is clear that Tether and Bitfinex have been allegedly functioning unlawful and unethical schemes and when NYAG wanted to fight for it, they became defensive by filing a lawsuit. However, the lawsuit went in vain as the court straightaway dismissed the plea against NYAG and Coindesk for viewing the non-disclosure document about the reserves that Tether earned with all the fraudulent activities.