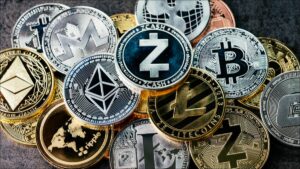 Image Source: How to geek

When asked how she’s sustained herself since quitting Facebook, Ms. Haugen stated in an interview with The New York Times, “For the foreseeable future, I’m alright, since I did acquire crypto at the appropriate moment”.

Her decision to relocate to Puerto Rico in March was driven by a desire to be closer to her “crypto pals” on the island, as well as a health issue, according to the former Facebook executive.

Puerto Rico, an unincorporated US territory noted for its beaches, jungles, and Spanish Colonial architecture has grown in popularity among cryptocurrency investors in recent years, owing to its status as a tax haven.

Act 22 exempts those who live in Puerto Rico for at least half of the year from paying taxes on interest, dividends, and capital gains, allowing them to profit from crypto and other assets without having to pay the government.

Top crypto enterprises, such as hedge fund Pantera Capital and NFT marketplace SuperRare, have relocated to Puerto Rico in recent years in order to take advantage of the favorable tax legislation.

Others, flush with cash as a result of the crypto boom, have utilized their low-taxed income to acquire property in San Juan with the goal of creating a new civilization known as “Puertopia”.

Logan Paul, a YouTube star and crypto investor, relocated to the country earlier this year and has been renting a property for around $US55,000 ($A73,000) per month, a move that Mr. Paul claimed was prompted primarily by the country’s tax rules.

“You’re encouraged to do more and generate more money in Puerto Rico because of the consequences,” Mr. Paul told Time Magazine. The territory’s permissive tax regulations have also piqued the curiosity of more traditional financiers, such as famed hedge fund manager John Paulson, who considered relocating to the island in 2013 for tax reasons.

While advocates claim that the tax benefits bring much-needed investment to an island that lags behind the mainland US in economic development, others accuse outsiders of driving up house prices in a modern-day kind of colonialism.

Ms. Haugen, for her part, gave little information about her crypto investments and friends in an interview with The New York Times, and it’s unclear whether she’ll be eligible for Puerto Rico’s tax exemptions this year under Act 22, also known as “The Individual Investors Act,” which was passed in 2012.

Investors like Ms. Haugen must live in Puerto Rico for 183 days out of the year to qualify for the exemption, according to the law. They’re also encouraged to establish local bank accounts, driver’s licenses, and voter registrations as additional proof of residency.

Ms. Haugen arrived in Puerto Rico in March and has since traveled to Washington, D.C., and London to meet with officials and speak about Facebook. She may not have accumulated enough days on the island to qualify for the exemption.

Bill Burton, a former Obama administration press secretary who is assisting Ms. Haugen with media relations, did not immediately return calls for comment.

If you find this article informative then do share it with your friend and family!