The WeWork Story The Spectacular Rise and Fall of the "WeNation"

In an era filled with stories of promising and rapidly growing start-ups quickly losing steam and becoming  of their former selves, the astronomical rise, and even faster decline of WeWork has managed to stand out amongst the rest. It has become a cautionary tale of what can happen to a business, given too much money early on in its existence, with no experienced direction on how to spend it.

WeWork was the brainchild of former CEO, Adam Neumann. Moving to New York after a stint in the Israeli Navy and quickly began to show an entrepreneurial spirit, starting a number of businesses, including a line of clothing for babies, named, “Krawlers”. It was while running Krawlers, that he crossed paths with his future partner, architect, Miguel McKelvey. 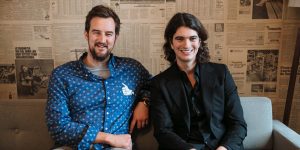 Realizing the building they worked in was partially vacant, the duo had the idea of setting up a coworking space aimed at aspiring entrepreneurs. After succesful negotiations with their landlord, “Green Desk” opened its doors in 2008. This was to be an early incarnation of what was destined to become WeWork. Though the focus of Green Desk was on sustainability, it was while running the coworking space, that Neumann first saw potential in building the idea of a “community” as being the main aim of the co-working space. Neumann later expressed that the primary goal of WeWork was to “bring people together”. He spoke about an “energy” within the work space which he believed “inspires people to work harder, and have fun doing it”. He referred to this as “the WeNation”. It was in order to build on this core principle that Neumann and McKelvey sold Green Desk for “a few million” and started WeWork in 2010. 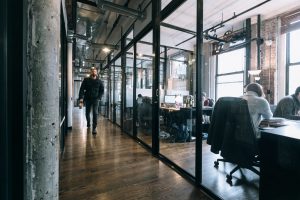 Investing their earnings from Green Desk into the brand, the duo bought 3,000 square feet in a vacant building in SoHo, which would become their first official WeWork location. Proving extremely popular in the environment of an economic down-turn, the start-up doubled in size within a year, and opened four new locations between 2010 and 2012. WeWork soon caught the eye of Benchmark, a venture capitalist firm which had made early investments into giants such as Twitter and Uber. The firm helped skyrocket the growth of WeWork, leading a Series A funding round of $17 million, and pushing the company to 1.5 million square feet of space and 10,000 members by 2014. By 2015, the company was valued at $10 billion, with 32 locations, including London.

WeWork continued to stay true to the idea of a “community”, aiming to revolutionize how people worked, offering everything from a fully stocked pantry, to fitness centers at their locations. The early realization of Neumann’s core vision proved to be WeWork’s biggest asset in its booming phase. Employees described themselves as being part of a tightly-knit family, while members felt their ideas and businesses could flourish in a community of aspiring entrepreneurs, leaning on one another and networking efficiently in a codependent environment. Between 2010 and 2017, WeWork drew in $2.4 billion worth of investment via 7 funding rounds, with investors including Goldman Sachs, Aleph Venture Capital, and JP Morgan Chase & Co.

In 2017, WeWork would receive their biggest and most crucial investor yet, Japanese conglomerate, SoftBank. Their investment of $4.4 billion, would shoot the company’s valuation up, to $20 billion.  From there, WeWork was seemingly unstoppable. By 2019, the company had grown to almost 500 locations, with a presence in The UK, South America, South Africa, The Middle East, India, and South-East Asia. Along the way, WeGrow, a “conscious entrepreneurial school” for children, was started at one of the locations, as well as WeLive, which provided fully furnished micro-apartments.

During this period of exponential growth, Neumann formed a powerful partnership with head of SoftBank, Masayoshi Son. With Son’s belief in rapid growth through funding, WeWork found itself a steady flow of investment, as SoftBank, and Son himself invested $2 billion into the company early in January 2019. This again raised WeWorks valuation to $47 billion. In retrospect, it was this constant flow of funds that many believe to be the cause of WeWork rapid downfall. The company’s actions during this period saw them putting money into everything from super foods, to indoor wave pool manufacturers to, as mentioned earlier, its very own grade school. 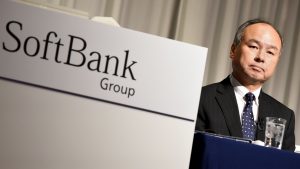 WeWork’s erratic spending, and the effect this had on its financials, however, would not be seen until August 2019, when the company announced it would file for an IPO. This was the first opportunity for the public to take a look into WeWork’s performace, and it revealed losses of close to $700 million in the first six months of 2019, as well as multiple instances of heads, including Neumann, enriching themselves at the expense of the company. An example of this was Neumann himself acquire the trademark for the word “We”, and selling it to his own company for $5.9 million.

With growing concerns of whether WeWork was capable of protecting its value, as well as the interests of potential shareholders, and expert quoting its valuation at nearly a fifth of what it was at the beginning of the year, the company pushed back its public offering in September 2019. At the same time, Adam Neumann stepped down as CEO, even voting against himself at a meeting of board members. The coming months saw two senior executives appointed as co-CEO’s and the shutdown of WeGrow. This was followed by thousands of WeWork employees

being laid off some unable to secure severance packages, all while co-CEO’s Artie Minson Jr. and Sebastian Gunningham secured multi-million dollar packages for themselves, and Neumann’s own exit package was valued at roughly $1.7 billion.

October of 2019 saw SoftBank once again come to the company’s rescue, investing $9.5 billion, which was more than WeWork was valued at, at the time ($8 billion). The injection has been enough for WeWork to momentarily keep its head above water, but it’s clear that the company is lost in the shadow of its former self. As mentioned earlier, though the WeWork story has managed to stand-out even in the era of businesses appearing and vanishing at rapid rates, it has been regarded as the perfect example of the hidden pitfalls of easy money and the premature growth that comes with it