Toyota Mirai has officially set Guinness World Record with its 845.3 miles range. The hydrogen fuel cell electric vehicle was able to break records only with one refueling. On August 23 and August 24, 2021, the vehicle went on a roundtrip tour of Southern California. For 845.3 miles range, the car consumed 5.65kg of Hydrogen. 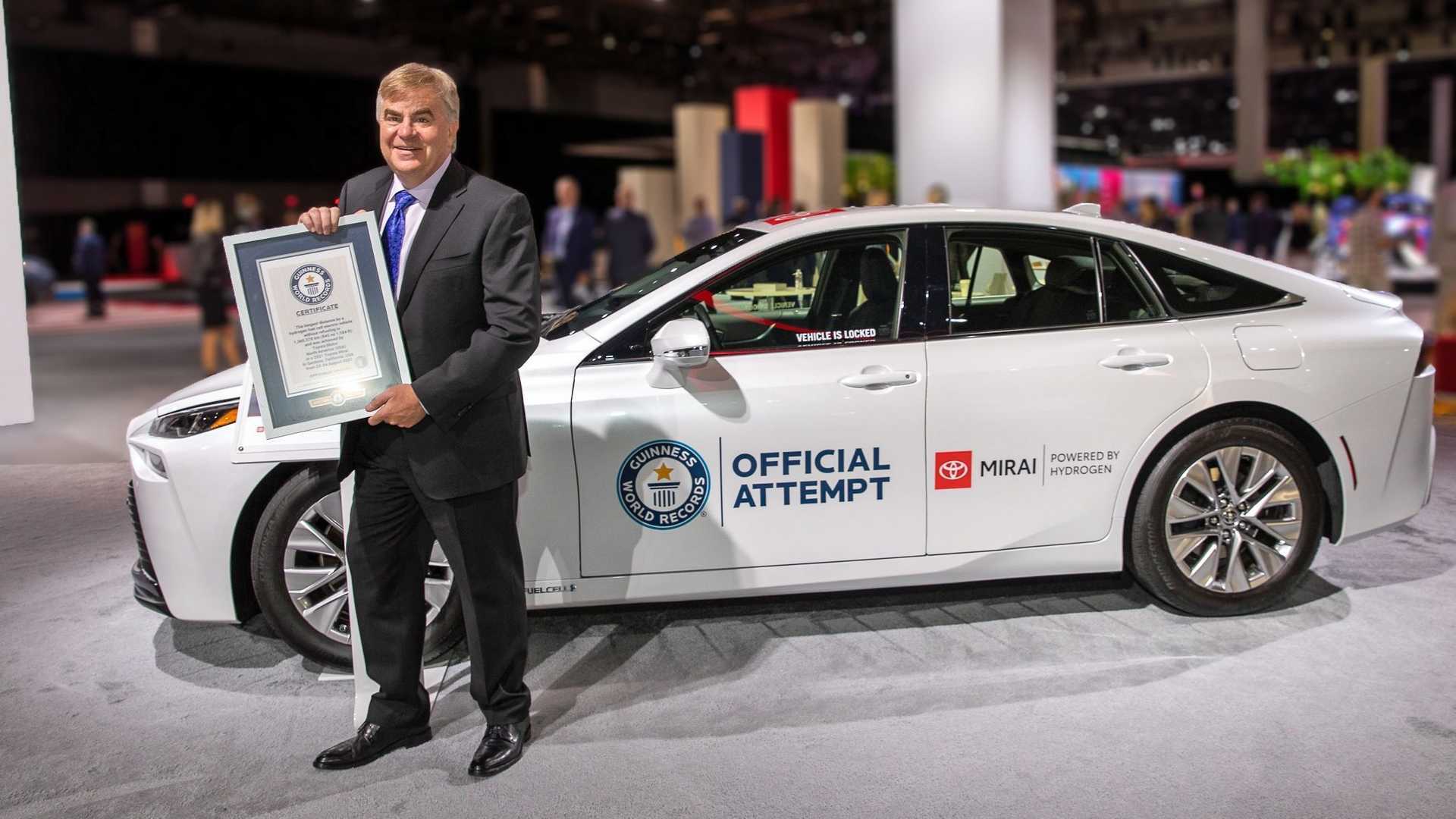 The official statement said, “The official record attempt was closely monitored by Guinness World Records, adhering to its strict rules and documentation procedures. On its efficiency-focused August 23 and 24, 2021 journey, the Mirai logged an impressive 152 MPGe with water as its only emission. GUINNESS WORLD RECORDS adjudicator, Michael Empric, validated the Mirai’s tank with a seal at both the beginning and end of the journey.”

Having twice more than the EPA range, it set a record by beating the previous record of 623 miles in Europe. Back in 2019, another close enough record was set by Hyundai Nexo with 484 miles. The record-breaking drive was driven by professional hypermiler, Wayne Gerdes and co-piloted by Bob Winger. As the two-day trip was planned, it started from Toyota Technical Center (TTC) in Gardena, California on August 23, 2021. It is home to Toyota’s fuel cell development. On the first day, the duo reported traveling around 473 miles by when they returned to TTC.

Furthermore, by the next day, the driver consisted of going to local locations with 372 miles in the morning. Then there was an afternoon rush hour traffic while going from Los Angeles and Orange County. By then the vehicle had no hydrogen left, and the car had a grand 845-mile range.

In the end, the journey as stated by the company, “By the end of the trip, the Mirai consumed a total of 5.65kg of hydrogen and passed a total of 12 hydrogen stations along the drive routes without refueling. The Mirai was driven mainly during rush hour traffic in temperatures between 65 to 83 degrees Fahrenheit.”