Twitter, a hugely popular American microblogging and social networking service, announced on 3 May that it plans to introduce a new feature on its platform. This will allow users to charge admission to their live audio chat rooms in its “Spaces” section. This is being done in an effort to attract a larger number of content creators.

Until now, not all users who were part of Twitter’s pilot testing of this feature were able to host their own Space. Only some were able to do so. However, starting from 3 May, any user can be a host, with the only requirement being that they must have at least 600 followers.

Twitter introduced Spaces last year to compete with the viral app Clubhouse, an invitation-only social media app for iOS that facilitates auditory communication through rooms that can accommodate groups of up to 5000 people. This prompted the audio chat trend and attracted celebrities, influencers, and entrepreneurs alike. However, remains limited as an invite-only app. 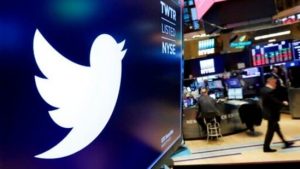 Over the coming few months, according to a spokesperson from Twitter, a limited group of users will be able to sell tickets to access their conversations as part of this new feature. They will also be given almost complete financial control, since they will be able to determine the prices of the tickets and the number of tickets that will be made publicly available. The company added that these hosts will retain the majority of the revenue gained, while Twitter will receive only a small amount.

The move is part of Twitter’s larger effort to be a bigger and more prominent competitor in the “creator economy,” as influencers and independent writers are increasingly earning money from their content on platforms such as YouTube or Substack.

In order to compete with an effort on this scale, Twitter must create features that appeal to creators in all fields, and should ensure that enough incentives are created in order to ensure maximum participation from eligible users.