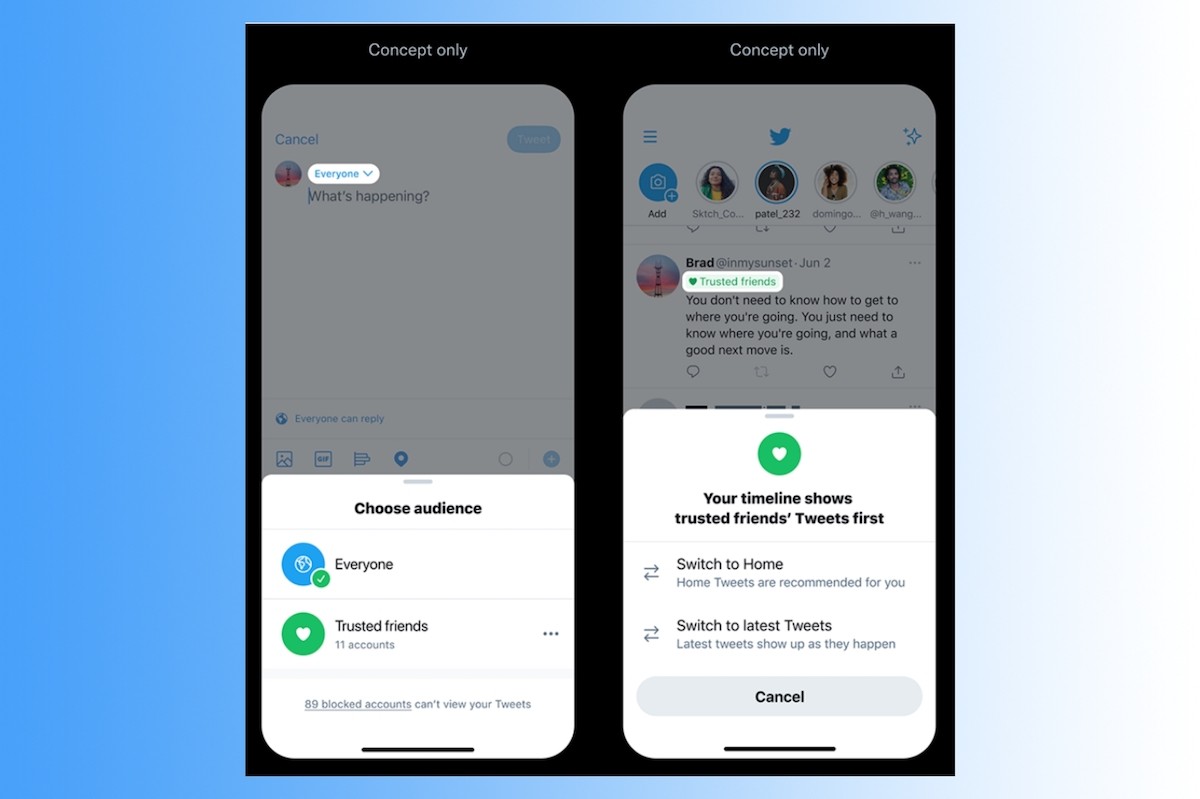 Twitter is one of the most popular social networking platforms in the industry and the influential power that the platform gives to its users is beyond words or tweets. Well, new features are coming in, or at least the company is thinking about them and the future of Twitter could be very interesting and different in a way that we have never used social media before.

According to recent reports, Twitter is considering letting people share tweets only to specific groups, and that feature is called “trusted friends”. This feature majorly works similar to ‘close friends’ on Instagram and it allows users to add friends to a particular group and mark them as trusted friends so that their tweets are only visible to those trusted group of friends and not everyone in your followers. Specific audiences are a thing since Instagram has introduced this feature and people do actually have a set of friends or a group of people that they want to share their tweets or content with. This feature does not require you to change your privacy settings every time you don’t want someone to see what you’re posting or switch accounts for that matter. Simply add people to your “trusted friends” list and you are good to go.

Another feature that Twitter is planning to execute is called ‘facets’. Facets on Twitter let users take on different personas from the same account, much like you have a professional identity and a personal identity. So, now you don’t want to have multiple accounts to handle your personalities, simply switch your facets and you’re good to go. In a professional setting or with people from your office or with those you have a completely professional relationship with, you choose not to share personal content, unlike with those who come as your friends and family. So, instead of having multiple accounts, users can switch facets and make one persona public or private. New followers will be able to choose which facet they want to see your tweets from, as mentioned in a report by Engadget.

Furthermore, the micro-blogging website is also working on filtering replies that would allow users to filter specific words or abuses or phrases that they prefer not to see. Under this new feature, the user who is typing something that the other user has marked as offensive or has filtered it, will let get notified that these words are against the person’s preferences. This feature is just another step that the company is taking to keep its anti-bullying policies in check.

As mentioned in a report by Engadget and confirmed from multiple other sources, these features from Twitter are mere ideas and it is 100 percent possible that the company does not employ any of them or maybe it refines them to better suit the user’s needs.

These features could be the future of Twitter and the facets feature is something that we would really like to try and experience.