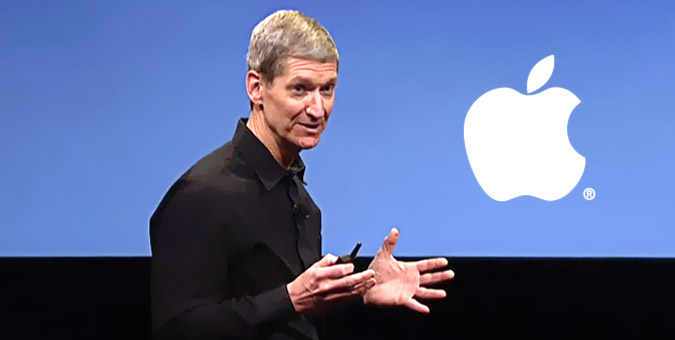 20 February, 2016, USA: The tug-of-war is still going on between Apple and FBI and the battle has certainly churned the market. Lots of speculations are hovering around and still the picture is not clear. But there is a  good news for apple, big players such as Box’s CEO Aaron Levie, Twitter’s Founder Jack Dorsey and Facebook have come out and joined the bandwagon to support Apple.

Earlier, Apple was given an order by the magistrate in California to coordinate with FBI on a particular case. However, the FBI wanted Apple to assist them in hacking an iphone used by the suspect called ‘Sayed Farook’ who has been charged for a massacre of killing 14 people. Apple on the other hand said, that they have provided the FBI with all the data they have in their possession but investigators want more.

Apple CEO, Tim Cook said in an open letter, “The government wants us to make a new version of the iPhone operating system, circumventing several important security features, and install it on an iPhone recovered during the investigation. In the wrong hands, this software – which does not exist today – would have the potential to unlock any iPhone in someone’s physical possession.”

Agreeing to Cook, Aaron Levie, CEO, Box opined, “Apple’s response to the government is something we completely wholeheartedly agree with. The world is going to get more complex, so you can’t create weaknesses in software that then will become vulnerabilities in the future. If Apple were to comply with the FBI requests and create security loopholes in its phones, it would create a level of distrust in technology providers”.

Facebook also came out to support Apple and it released a statement in media stating, “We condemn terrorism and have total solidarity with victims of terror. Those who seek to praise, promote, or plan terrorist acts have no place on our services. We also appreciate the difficult and essential work of law enforcement to keep people safe. When we receive lawful requests from these authorities we comply. However, we will continue to fight aggressively against requirements for companies to weaken the security of their systems. These demands would create a chilling precedent and obstruct companies’ efforts to secure their products.”

Twitter co-founder and CEO Jack Dorsey tweeted “We stand with @tim_cook and Apple (and thank him for his leadership)!”

With big players hopping in to support apple, it seems like the government might have to rethink on its decision of ordering the company to create an easy access for the government to sneak into their devices.