Uber believed to be in talks to acquire Meru Cabs ! 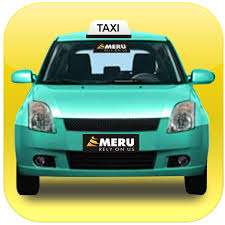 US based Uber is looking to acquire India based Meru Cabs service for an undisclosed amount, according to a report from The Economic Times.

Uber which recently faced a backlash in India is looking to expand its user base with Meru Cabs as Meru Cabs is a popular name in the country. Meru is reportedly looking for somewhere close to $400 million for the acquisition. India Value Fund Advisors (IVFA) who currently own around 80% stake in Meru Cabs is said to wanting to continue holding a minority stake post the deal.

Recently there was also a news about Ola being in talks to acquire its rival company TaxiForSure for about USD 200 million to compete against Uber in India.

Founded in 2011 by Neeraj Gupta, Meru Cabs currently operates in 15 cities and is looking to expand to other cities. Uber has its operations  in 53 countries and over 200 cities and is valued at around USD 40 billion.