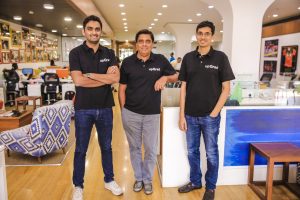 The EdTech company offers more than 100 courses across all types of fields of study from all over the world. upGrad has on-boarded over 40,000 paid learners while impacting more than a million individuals, globally.

upGrad just recently announced that it has raised US $120 millions (almost INR 897 crores). These funds were raised from Temasek- a Singaporean Government owned global investment and holding company which is headquartered in Singapore itself. This is by-far the biggest and the first ever external fund-raising pulled off by the EdTech. upGrad has always been 100% funded and ran by its co-founders and owners. The company has been running as a capital-efficient business since its founding in the year 2015- six years ago.

The company intents to use these gathered funds to strengthen its team more. Along with this, it also plans to rank and calibrate its global market operations,  strengthen and boosts the tech used by the company and products offered by them. Not just this, but the funding will help in pursuing M&A opportunities as well and increase its graduate and post-graduate degree portfolio in India. This funding will help expand its operations and help in achieving the goal of the collection of revenue of $2 billion by the year 2026. This all will help the EdTech major to be recognized and to position itself as a global higher-EdTech corporation emerging from India.

A  joint statement was given out by the co-founders of upGrad- Ronnie Screwvala, Mayank Kumar and Phalgun Kompalli, where they said- “We welcome Temasek in our mission to power career success for each and every member of the global workforce as their trusted LifeLongLearning partner and drive meaningful career outcomes. This capital will further fuel our commitment towards global expansion as well as deeper India penetration, as we march forward with our goal of making India the teaching capital of the world.”

During the release of this news, Credit Suisse played the role of the exclusive financial advisor to upGrad, and Rajaram Legal acted as legal advisor to it.