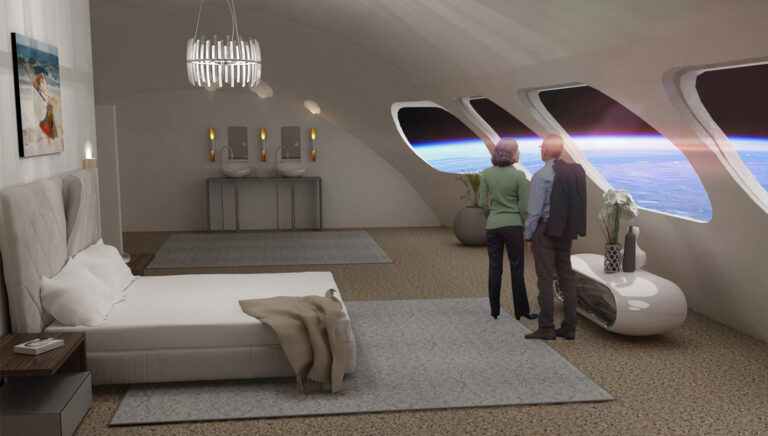 Further concepts about how the tourists will be accommodated were revealed. The designs of the hotel are being worked on since 2019. This futuristic space travel was initially premiered by the Californian company the Gateway Foundation. Later it has been named the Von Braun Station. There are many modules where elevator shafts are used to connect and also make up a rotating wheel that can orbit the earth. Now the project this being overseen by a space construction company, Orbital Assembly Corporation, that cut links with Gateway.

The goal as stated by the Orbital Assembly is to have a space as a “business park” which is suitable for home to work as well as tourists who visit space. In recent time-space tourism has risen as Virgin Galactic and Blue Origin have started sending regular citizens to space. Currently, the trip is usually for a very brief amount of time, with limited space travel experience. However, space companies like SpaceX also have been working on making space travel work for non-astronauts. Another factor to consider is the price for each person to travel to space. Now, the prices are at an unbelievable point where not everyone will have an opportunity to travel.

These space stations will feature artificial gravity so the tourists to experience everything possible in space with normality. This kind of technology is currently not available in space yet. This is why it is seen that many astronauts have various methods of containing their daily activities and work based on how they are trained. For example, it is known that astronauts staying on the International Space Station do not wash any clothes. Instead, the bundle is thrown away into space, and every day they wear a new set of clothes.

As celebrities have tried out the space travel, reaching the Karman line, Alatorre said, “We envision our Pioneer and Voyager space stations as the ultimate ecotourism destinations.” He further added, “Once people get to space, it will change their perspective about Earth. Space travel is still in its infancy, and we’re excited to do our part to push it forward to help improve life on earth.”