However if you imagine that’s it, you’re totally incorrect. Xiaomi has filed a patent indicating that it will utilize sound to charge smartphones and other electrical devices. The company has filed a patent application with the CNIPA (China National Intellectual Property Administration) that exposes some important details about the future charging technique.

The electrical device will transform this mechanical vibration into an alternating current (AC), which will then be converted to direct current (DC) using the power conversion device, as per Xiaomi’s patent. 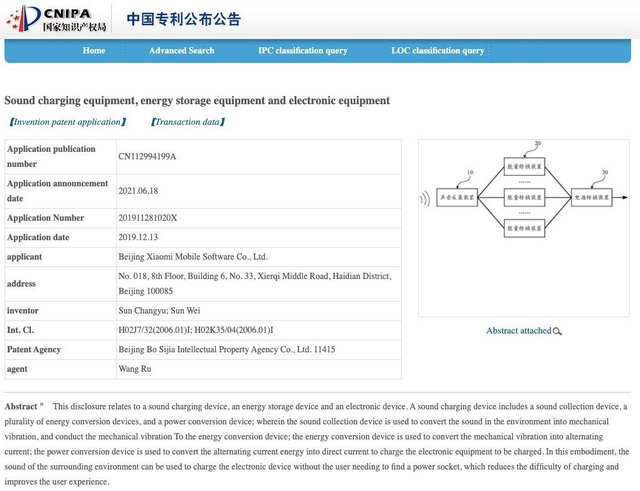 Just for context Nokia also collaborated with Queen Mary University of London (QMUL) researchers in 2014 to develop a sound charging solution for smartphones. According to their research, “When this surface is squashed or bent, the nanorods then generate a high voltage. This means they respond to vibration and movement created by everyday sound e.g. our voices. If you then put electrical contacts on both sides of the rods you can use the voltage they generate to charge a phone.”

This charging technology, according to the patent, may be used to charge smartphones and other electronic gadgets without the usage of a power outlet. The fact that the company has filed a patent does not guarantee that it will implement the technology in the near future. When it comes to commercializing new technology, there are several variables to consider. We’ll have to wait and watch whether Xiaomi showcases its sound charging technology in the near future.

This is the company’s second such futuristic charging option in the last few months. Mi Air Charge, which can charge several devices simultaneously while you’re gaming or walking around without the use of wires or stands, was previously unveiled by the company.