Earlier, precise details on the pricing range weren’t revealed. Till then, it was considered that the F-150 lightning could not overtake Cybertruck. But as better price ranges are revealed, choosing Cybertruck may not still hold up.

The prediction of the vehicle trims came in as multiple people had to fill up a questionnaire. Which asks them to figure out which trim Ford would pick.

Electric pickups are mostly bought in the fleet and not individually. Providing a wide range of options is necessary because the need for trucks can vary. The F-150 lightning will be available in 6 different configurations. The price is shown below, after including the $7,500 federal tax. 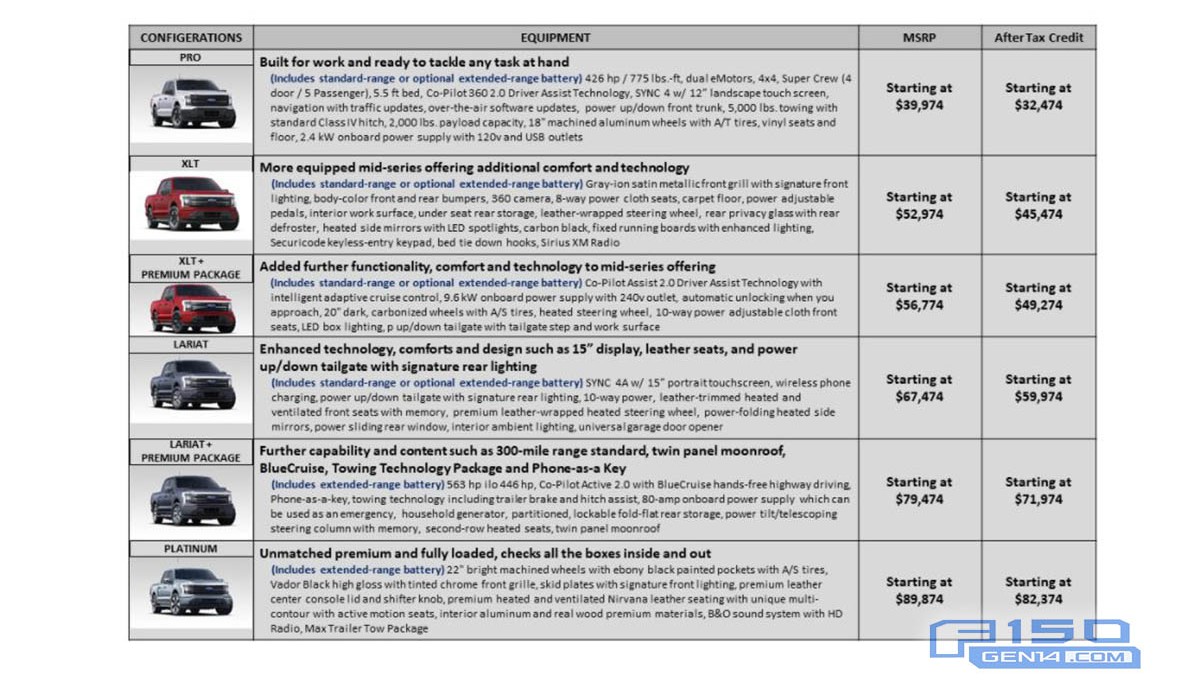 As the above information states, the XLT and XLT Premium come with a standard battery range. An extended battery range can be purchased for $7,000. The XLT trim is considered for non-commercial buyers.

Furthermore, the additional package goes the same for other models if one opts for an extended battery. Another interesting add-on is Ford’s Co-Pilot 360 Active 2.0 package, Ford’s Blue Cruise, at $1,825. Hands-free driving can be used on mapped highways.

Another add-on will be the Max trailer tow package at $865. It is available for all models, except for the Platinum trim.

While the other add-ons are impressive, the extended battery range option is attractive and possibly makes it better than Cybertruck. A 300-mile range Cybertruck costs $49,900. But for F-150 lightning, the additional range comes with $7,000 in addition to the $39,974 truck.

The minor difference can vary depending on add-ons and other features. Based on the outlook, both Cybertruck and F-150 lightning are opposite in nature. While F-150 has a classic old-school look, Cybertruck has a futuristic steel bulky look. Tesla and Ford’s electric pickup race is a tough one, and there is no saying how things might turn out.