The latest report by the Bloomberg Billionaires Index, reveals that Zeng Yuqun, founder of the biggest maker of electric-vehicle batteries in the world, has left Alibaba co-founder Jack Ma behind, in terms of wealth rankings.

A Win for Clean Vehicles

With a net worth that now stands at $49.5 billion, Zeng Yuqun has seen a huge surge in the shares of Contemporary Amperex Technology Co. Ltd (CATL), in what happens to be a major win for for Tesla Inc. supplier. And as of today, he has officially overtaken Jack Ma (whose net worth stands at $48.1 billion) in terms of wealth, successfully becoming one of the five richest people in Asia. The stocks at CATL went for a massive increase in recent times, rising over 20-fold since the company’s IPO debut in 2018. This year alone, they are up 59%, thanks to increasing demands for EVs.

This news comes even as the clean and green-energy boom has resulted in significant increases in the wealth of the new crop of entrepreneurs and business tycoons. CATL is an industry leader in electric-vehicle batteries in China, one of the biggest suppliers of electric vehicles in the world. The country has put in place a highly ambitious policy, determined to reach carbon neutrality by the year 2060.

Experts have lauded the growth seen by CATL and Zen Yuqun, with NIFR Global Family Business Research Center director Hao Gao saying that more names from the clean energy sector are emerging at the top of the Billionaires Index, which, for a long time, was dominated by real estate and tech biggies. He further added that the carbon emissions policy in China will most definitely directly benefit CATL.

CATL has seen a huge growth in its business over its life spanning less than 10 years, and now prides itself in being the largest producer of rechargeable batteries for plug-in electric vehicles, in the world. 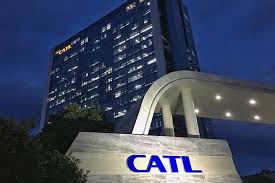 The first five months of this year have seen battery sales more than double globally, year-over-year. And within this, CATL reportedly takes ownership of 31.2% of the market share. Meanwhile, the sales of cleaner vehicles in China has risen by 9.8% as compared to last year, to reach its current value of 1.11 million units, as per a report by the China Passenger Car Association.

Meanwhile, BloombergNEF has expressed his expectations of seeing the company’s global sales to grow even more, thanks to an established clientele, as well as a solid supply chain upstream.