Zenoti: A tell-tale of perseverance and planning Zenoti just entered the unicorn club and we are absolutely amazed by their vision and planning

Industries are evolving and how can the beauty and spa industry lag in following this trend? Industries like spa and wellness often require tools to meet customer demands and manage their business. This is when Zenoti comes into the picture. Zenoti, which was formerly known as ManageMySpa,  is a service and solution provider (SaaS) for the whole wellness and spa industry and no, we are not stretching it when we say WHOLE. It was founded in the year 2010 and from then it has grown to inculcate other services related to beauty and wellness like Pilates and Yoga, a good spectrum of wellness clinics, and fitness centers. Zenoti’s vision is to target a large market since the wellness and beauty market in India is bound to grow and double to an amount of Rs 80,370. According to the data provided by Zenoti itself, it has 9 offices, 1000 brands, 550 employees, and 12,000+ businesses functioning under its name. 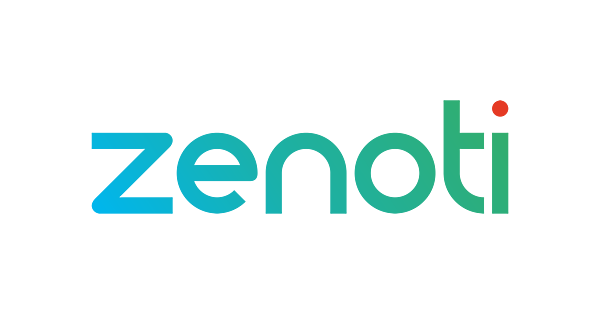 Recently Advent International funded Zenoti with a surplus amount of $160 million that propelled it into the unicorn club of startups. It now has a valuation of at least $ 1billion. More notable and famous names in the unicorn club of 2020 are Druva, Icertis, Zoho, and Freshworks.

Sudheer Koneru is the current Chief Executive Officer of Zenoti and has co-founded Zenoti. Currently residing in Seattle, Washington, TheUS, He completed his school education from St Patricks High School in the year 1984 and then went onto study in the prestigious Indian Institute of Technology’s (IIT) Madras branch where he pursued a Bachelor in Science in Computer Science domain. He then completed his Master in science in the domain of Computer Science from The University of Texas at Austin in the year 1992.

He was a director/product unit manager at Microsoft from 1992-2000 devoting 7 years of his career to the company. He was the CEO of Intelliprep from 2000-2001. He then moved onto work as an Executive VP of products and Chief Operating Officer at Click2learn where he worked for 3 years from 2001 to 2004. He also worked as a VP International Sales and Managing Director in Sum Total System from 2004 to 2008 and as the Managing Director in Latitudes Pro from 2008 to 2010 before finally co-founding Zenoti. 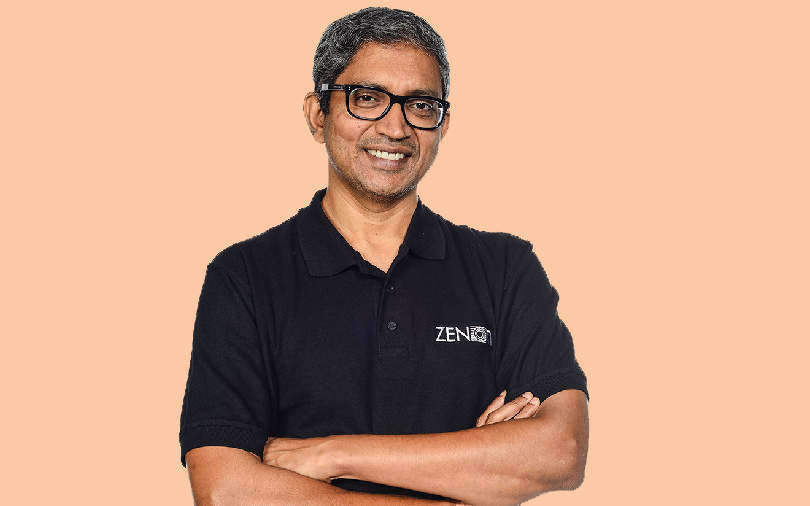 Dheeraj Koneru is the current Chief Executive Officer of Zenoti and has co-founded Zenoti along with his brother Sudheer Koneru. Currently residing in Seattle, Washington, TheUS, He received his Ph.D., in Particle Physics from Cornell University in the year 2000.

He was the co-founder and Chief Software Architect at Intelliprep Technologies from 1998 to 2000. He devoted 1 year of his career working as a Group Program Manager at Microsoft. He also worked as a Director of services at SumTotal Systems for 4 years and as Founder and Managing Director at Latitudes Pro. Private Ltd for 6 years before co-founding Zenoti in 2010. 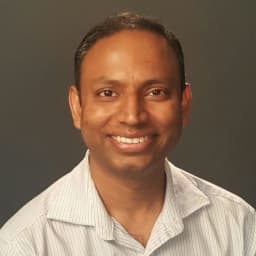 How Zenoti Came into Being

The business of spas and salons was growing with time and this didn’t go unnoticed by Sudheer Koneru and his brother Dheeraj Koneru who were already running a chain of fitness centers and spas under the banner Latitudes fitness and Tangerine Spa and Salon in the Seattle region on The US. Sudheer Koneru very analytically and cautiously observing the market, decided to bridge the gap between the requirement of business and that lack of existing software in providing an effective solution.

He founded and headquartered the company in Seattle and expanded it to seven countries that have physical offices and a customer base in over 30 countries. O2 Spas, Blush Clinics, Enric Salons, and Kaya Skin are some big names in the Indian beauty market that the company has invested a significant amount in.

Zenoti’s Point of view in understanding the market

The beauty and wellness industry lacked inculcation and involvement in a good technical service that can help ease the management of data in India and Sudheer brought profit out of this. He believed that the market naturally embraces technology and in 2014, the enterprise software solutions market was valued at $9.5 billion.

Futuristically, he knows that the company’s scale is bound to increase which poses a challenge in providing strong and consistent service delivery.  There is only a thin line providing a solution and providing a powerful well adopted rigid solution. The model of their system is architecture to handle scale up to a greater extend that differentiates Zenoti from other competing companies.

The Platform has been able to capture and provide efficient solutions in the Indian market but its goal is to penetrate the Middle East and Southeast Asian markets. For the time being, without being too ambitious, the company plans to focus on the second largest market which is the US.

Recently an app named Take5 was released by Zenoti in India which helps the users in finding salons and spas by the algorithm analyzing the proximity, real-time availability, rating, and other similar apps. Zenoti has a vision of launching it globally for the audience.

After Advent International funded the company with $150 million propelling the software provider into the unicorn club the companies’ value has increased to at least $ 1 billion. Investors Tiger Global and Steadview Capital who were already investing in the company also participated in this funding round. The cumulative funding so far came out as $250 million.

Zenoti decides to judiciously use these funds by investing them in development, scaling operations, and encourage innovations. 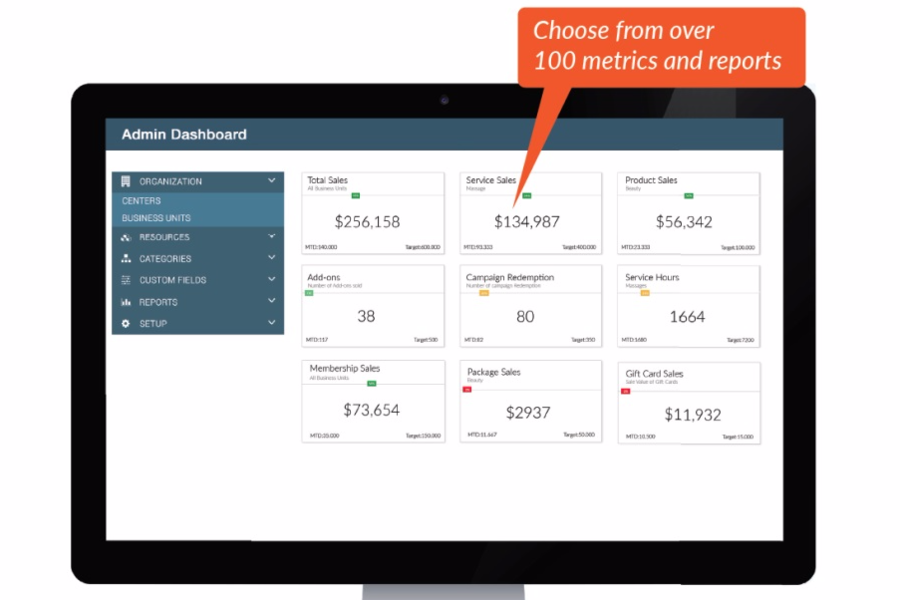 The co-founder Sudheer has the objective of doubling the employees shortly has they plan to cover a large scale of the market. They also intend to expand their offering in pet grooming spas, fitness, and physical therapy. The company has also shared its will to go public (IPO) in a few years.

Zenoti owes 60% of its market to the US and 20% to the UK. Only a small amount of 5% is contributed by India and West Asia.

This brand partnered with Zenoti to reduce operational costs. The brand has hair salons operating in over 500 locations in the United States. Hair Cuttery Family of Brands confronted high IT foundation costs because of the requirement for an enormous collection of programming the board arrangements. Besides, as these arrangements were sewed together, they didn’t impart appropriately. Hair Cuttery Family of Brands picked Zenoti for the capacity to diminish costs by merging programming arrangements and flawlessly coordinating with their bookkeeping and stock administration frameworks.

Hair Cuttery Family of Brands’ new raised internet booking experience, controlled by Zenoti, makes booking arrangements simpler than at any other time. Clients can look for an arrangement time, area, as well as a most loved specialist co-op with one straightforward inquiry. Zenoti integrates all areas consistently.

Toni&Guy partnered with Zenoti to get an all-in-one cloud-based management partnered Zenoti. Through Zenoti’s height of the customer venture at each touchpoint, Toni&Guy are eager to offer their customers the business driving, easy, and profoundly customized insight through their marked application, carrying touchless comfort to the palm of their hands. With 625 areas across the world, Toni&Guy has more than 55 years of history as a pioneer in the worldwide hair industry and has picked Zenoti to be its accomplice to set the establishment for quickened development and predictable marking, advertising, and client assistance.

Founded in 2004, Boardroom is a class service provider for men that serves in 41 locations across different states in the US. Boardroom comes out on top with its reviving methodology on the conventional barbershop that makes it stand apart from contenders. Cool vibes in a complex climate, signature hairstyles, shaves and spa administrations, and a benevolent, proficient group make Boardroom a much-dearest brand – as does its administration model. Boardroom offers clients month to month, half-year, and year enrollments, which gets them an assortment of advantages redeemable in any area. Boardroom’s engaging business idea moved its development.

During their conclusion as a piece of the UK’s COVID-19 lockdown recently, the RUSH supervisory crew started a goal-oriented arrangement to update the customer side insight, making a better than ever RUSH. With security as their most extreme need upon relaunch, the RUSH group explored the best salon updates to ensure customers and colleagues while holding inviting encounters and brilliant outcomes. Their hunt finished when seeing the hearty, customer-centered advantages of Zenoti’s across the board computerized arrangement.

Zano Salons required a cloud programming framework that gave a shared information base – a solitary wellspring of truth – across areas. Zenoti gives Zano Salons this arrangement and an exceptional degree of simplicity and comfort in getting to information to shape incredible bits of knowledge across all areas. As Zano Salons keeps on developing, Zenoti’spowerful innovation will bring together activities and smooth out administration by giving helpful experiences into all from stock requires by area to customized showcasing offers.