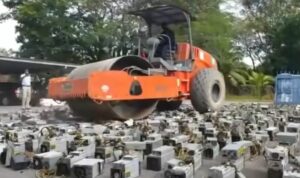 Cryptocurrencies are famous around the world for their decentralized structure. Their controversial and sometimes unethical ways of mining became news again when Bitcoin hit an all-time high recently. Cryptocurrencies like Bitcoin, Ethereum and others use energy-intensive ‘proof of work’ processes that keep them less susceptible to certain attacks. Computers compete on their decentralised network to verify a batch of transactions. This competitive structure gives crypto miners rewards. The computers on which these calculations are performed are expensive and extremely power-hungry as they run all the time. These computers are purpose-built to maximise every bit of cryptocurrency reward.

Due to the high cost of operation, a lot of these crypto mining farms operate illegally on stolen electricity. One such farm was seized by authorities in the city Miri in Sarawak, Malaysia which consisted of 1,069 such rigs. According to a report from a local publication The Star, the farm was operating on stolen energy. The devices were worth approximately $1.25 million and were seized in a joint operation between Miri police and Sarawak Energy Berhad between February and April.

Sarawak Energy Berhad claims that the miners exploited a dollar 2 million worth of electricity from its outlets in their operations. The rigs were collected by the authorities in six different raids. 6 miners have been arrested so far and fined for the charge of electricity theft.

The authorities destroyed all of the 1069 rigs by a big steamroller. Neither the authorities nor Sarawak Energy Berhad confirmed why it was necessary to destroy them. Perhaps it is used as a symbol to show the authority’s non-compliance with such activities. 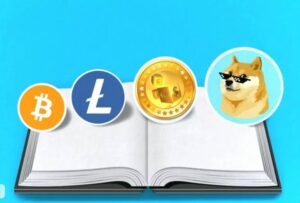 Electricity theft has become pretty common in areas where Bitcoin and other cryptocurrencies are mined. Believed to be “the biggest cryptocurrency mining farm in the world” which was using stolen electricity was raided earlier this month in Ukraine’s Security Service later turned out to be something else. To read the article, click here.