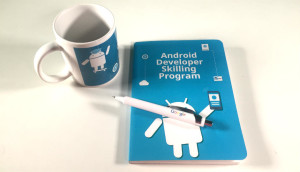 Google has launched a program to train 2 million developers in India for its Android platform as its catches up with Apple for the country’s developers to create innovative mobile apps.

“India is expected to have the largest developer population with 4 million people by 2018, overtaking the U.S., but only a quarter are building for mobile,” said Caesar Sengupta, Vice President of Product Management at Google. 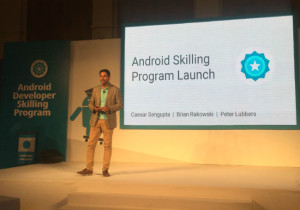 “We believe India is uniquely placed to innovate and shape the internet experience of billions of users who are and will come online on the mobile platform,” he said in the statement.

The Android Skilling program will be introduced for free across hundreds of public and private universities and training schools through a specially designed, in-person program this year. The program would also be available through the government’s National Skills Development Corporation of India, the company said in a statement.

After training, the aspiring candidates can log on to the Google Developer training website and take the certification exam priced at Rs 6,500.

“We introduced the Android Nanodegree programme in India last year with Udacity and today, we have over 11,500 students in India enrolling every month in our courses,” said Peter Lubbers, Head of Google Developer Training.
Images- digit.in