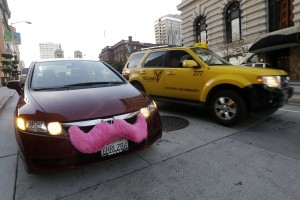 Ride hailing company Lyft rebuffed acquisition interest from General Motors (GM) and will raise a new funding round instead, technology website The Information reported on Friday, citing two people familiar with the situation.

Last year Lyft hired Qatalyst Partners, a Silicon Valley investment banking firm, to find a prospective buyer. But The Information reports that the ride-sharing company has decided to seek another round of funding from venture capital firms and other investors.

General Motors raised $500 million investment for a 9% stake in the ride hailing company in January. Now, the carmaker seems to be revving up for more ambitious plans with the ridehailing service, but Lyft may not have been impressed.

Speculation about Lyft’s funding plans comes as its larger rival, Uber Technologies, has merged its money-losing Chinese operations with those of Chinese rival Didi Chuxing in a deal announced earlier this month.
Didi will invest $1 billion in Uber operations outside of China, giving Uber more money to use against its rival in the United States, Europe and other markets.

Venture capital firms and corporate investors have put about $28 billion into various ride-sharing businesses in recent years. The primary players have been Uber, Lyft, and China’s Didi Chuxing, which earlier this month said it will buy Uber’s China business.