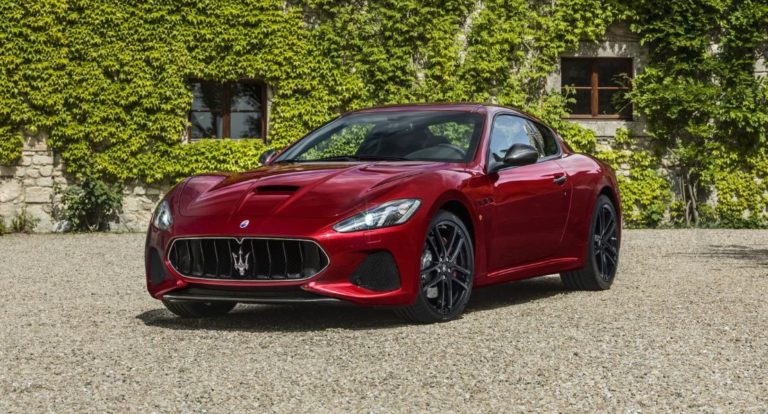 Maserati has launched the updated version of the Gran Turismo in India. The 2018 Gran Turismo was globally unveiled at the Goodwood Festival last year and comes with a number of updates outside and inside. It is priced at ₹ 2.25 Crore (ex-showroom, India).

The 2018 Gran Turismo has been designed by Pininfarina. Starting from the looks, the popular large front grille has been revised and now comes in a hexagonal shape that is inspired by the Alfieri concept. There are no other significant changes in the side and rear profile in the car and it looks almost the same as the outgoing model.

Inside the 2-door four-seat sports sedan’s cabin, new Gran Turismo comes packed with the latest features including an 8.4-inch touchscreen with a Harmon Kardon sound system. The infotainment system supports connectivity features like Apple CarPlay, Android Auto and mirror link. There are carbon fiber finishes at several places in the cabin.

Under that curvy hood, the new Maserati Gran Turismo hosts a 4.7-litre naturally aspirated V8 engine sourced from Ferrari that produces 460 bhp and 520 Nm of peak torque. This engine comes paired with a six-speed automatic gearbox as standard. Like before, the 2018 Gran Turismo will be available in two variants- Sport and the MC.

In the Indian market, the segment is very crowded at the price the Gran Turismo will be sold. It will have to battle with the mighty Nissan GT-R and entry-level variants of Porsche 911.

Porsche says the next-gen 911 is hybrid-ready, just in case