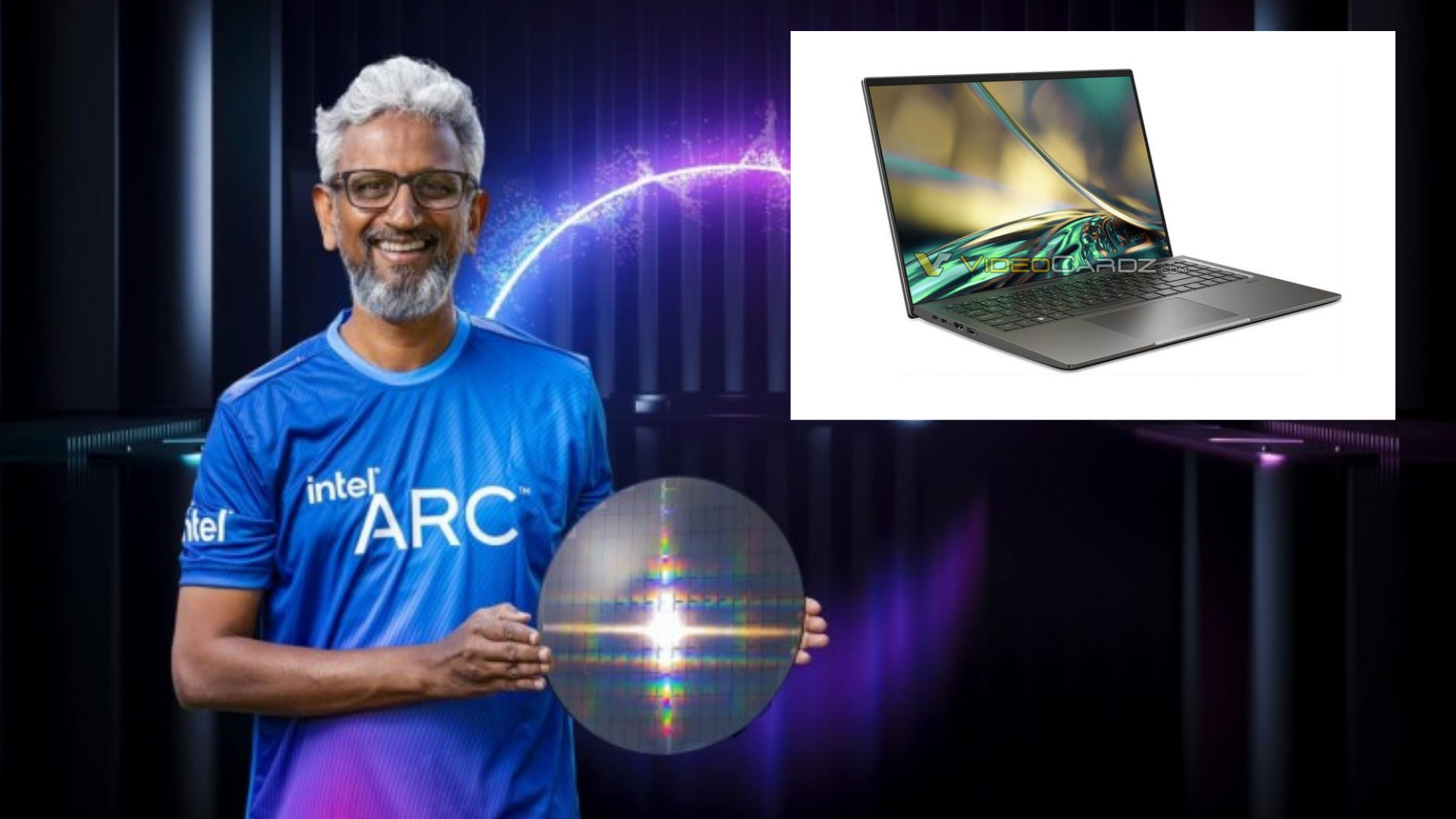 There have been several rumors and leaks about Intel’s upcoming discrete GPU family, the Intel ARC. The Intel ARC GPU family would be presented in March, according to earlier sources, after being postponed from January for an unknown reason.

However, according to a recent rumor, laptops with Intel ARC GPU might be available as soon as tomorrow. On January 4th, during the CES 2022 launch event, Intel and Acer are set to unveil the Acer Swift X 2022, one of the first laptops to use the Intel ARC GPU.

It’s worth noting that Acer has changed the Swift X 2022 edition, which now seems to include twin USB Type-C ports on the left side.

Not only that, but it appears that the fingerprint sensor, which was positioned underneath (right side) the keyboard, has been removed as well.

The fingerprint sensor on the Acer Swift X 2022 must have been fully removed, or it might have been integrated into the power button.

Acer Predator Helios 300, Acer Predator Triton 500 SE, and Acer Nitro 5 are among the other future Acer laptops that VideoCardz have gotten images of. All of these laptops are anticipated to be shown at Acer’s CES 2022 presentation.

All of these laptops are likely to come with Windows 11, and the majority of them will be powered by the impending 12th Gen Alder Lake H-35 high-performance laptop processors. It’s also possible that some of these laptops may feature AMD’s Ryzen processors. These devices will include up to an RTX 3080 mobile GPU, depending on the model.

When it comes to the Acer Swift X 2021’s high-end edition, the laptop is available with either an 11th Gen Intel Core (up to i7) or an AMD Ryzen 5000U family of CPUs. When it comes to graphics cards, the laptop supports up to RTX 3050 Ti with a maximum TPD of 40W.

Are there any leaks about pricing yet?

As of now, we haven’t received any leaks regarding the pricing! So, for more details pricing we will have to wait until CES 2022 event. For sure, we will be covering you up with more details in the future. Until that, stay tuned with us.