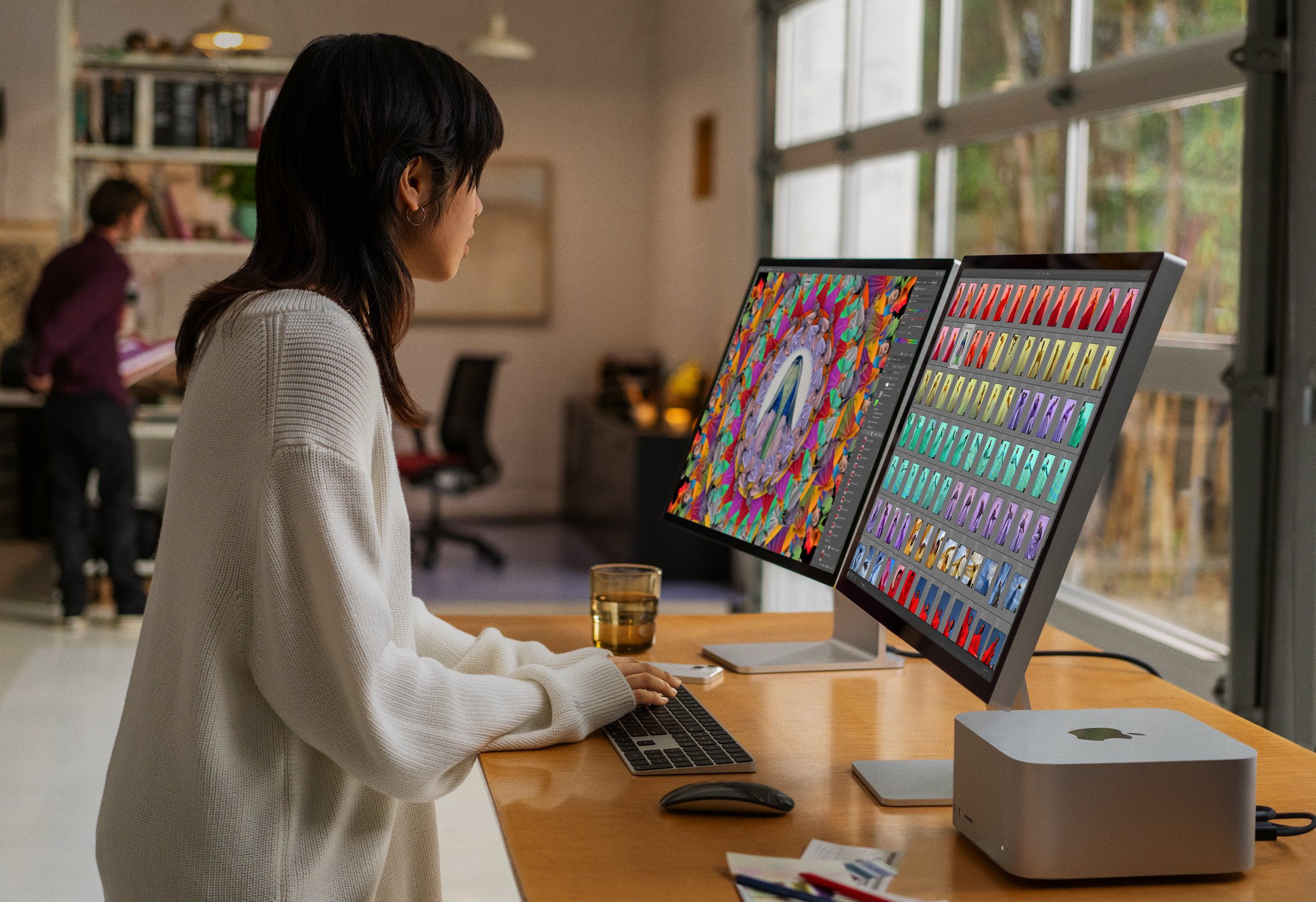 At the Peak Performance presentation, Apple also announced a new desktop computer called Mac Studio, in addition to the new M1 Ultra CPU. This new computer has a new Aluminum casing, a plethora of connectors, and high-end specifications. The Apple Mac Studio includes the Studio Display, a 27-inch 5K Retina panel powered by the A13 Bionic CPU. 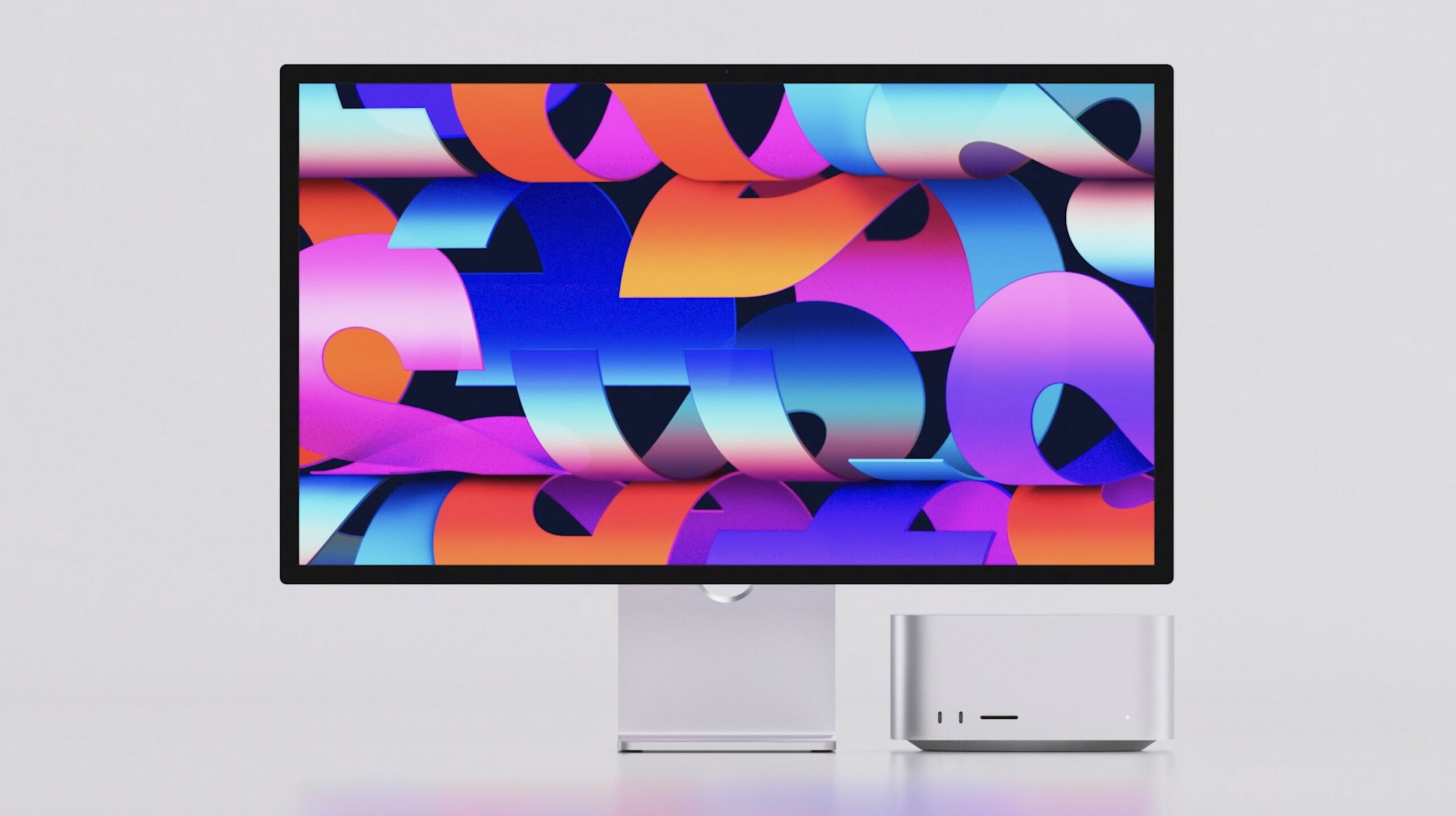 When it comes to the Apple Mac Studio, it has built-in microphones, a camera, and other features. It may be customized with either the current M1 Max or the recently announced M1 Ultra, which have unified memory capacities of up to 64GB and 128GB, respectively.

The Mac Studio, as a desktop, has a bevy of connectors, including an SDXC card slot and two USB Type-C ports on the front and four Thunderbolt 4 ports, an HDMI port, two USB Type-A ports, and a 10GB Ethernet port on the rear. There is also professional audio backing. It also supports WiFi 6 and Bluetooth 5.0 connection. 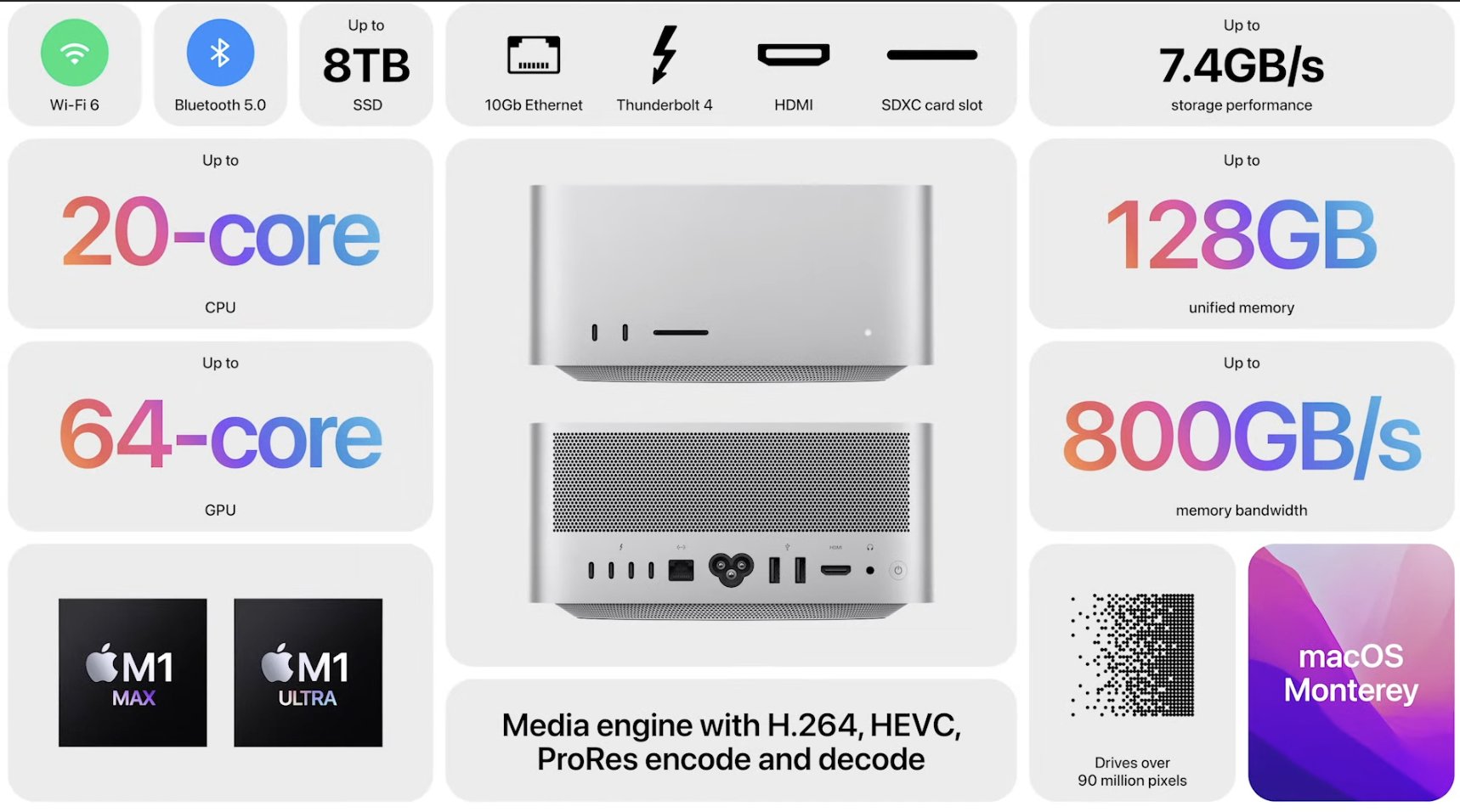 Apple Mac Studio can power four Pro Display XDRs and a 4K TV, totaling approximately 90 million pixels. The newly designed aluminum casing is 3.7 inches thick and has a dual-fan cooling system that circulates air via over 4000 carved holes in the Apple Mac Studio’s bottom and back panels. Cooling is provided at both the internal power supply and the SoC in this manner. Eventually, when in use, the display does not become hot. 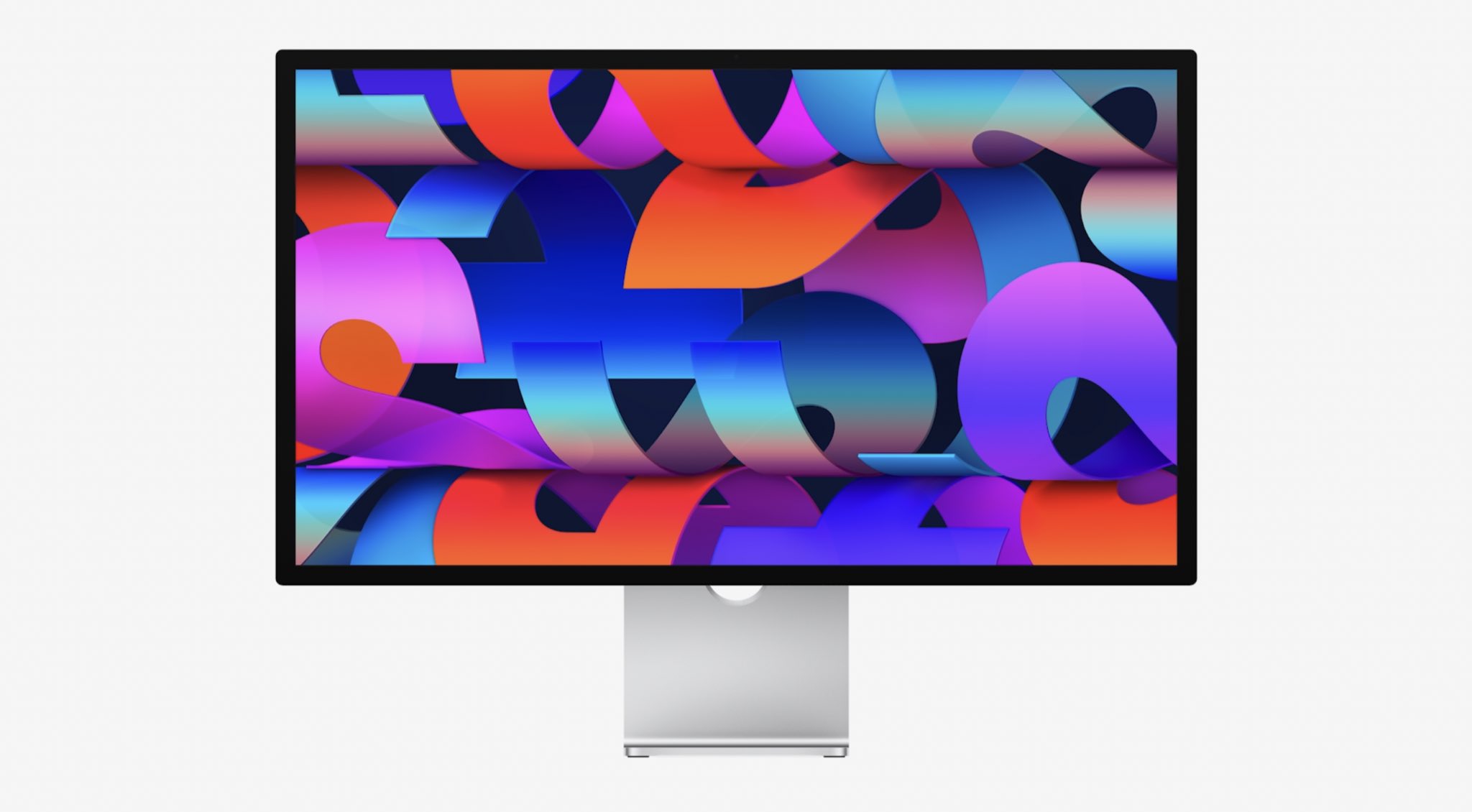 Notably, it is available with an anti-reflective coating or nano-texture glass. The Apple Studio Display includes an all-Aluminum casing with thin bezels and an included stand that can tilt up to 30 degrees by default. The Center Stage function on the integrated 12MP ultra-wide camera sensor is enabled by an Apple A13 Bionic processor. A three-mic array and a high-fidelity six-speaker sound system are also included. 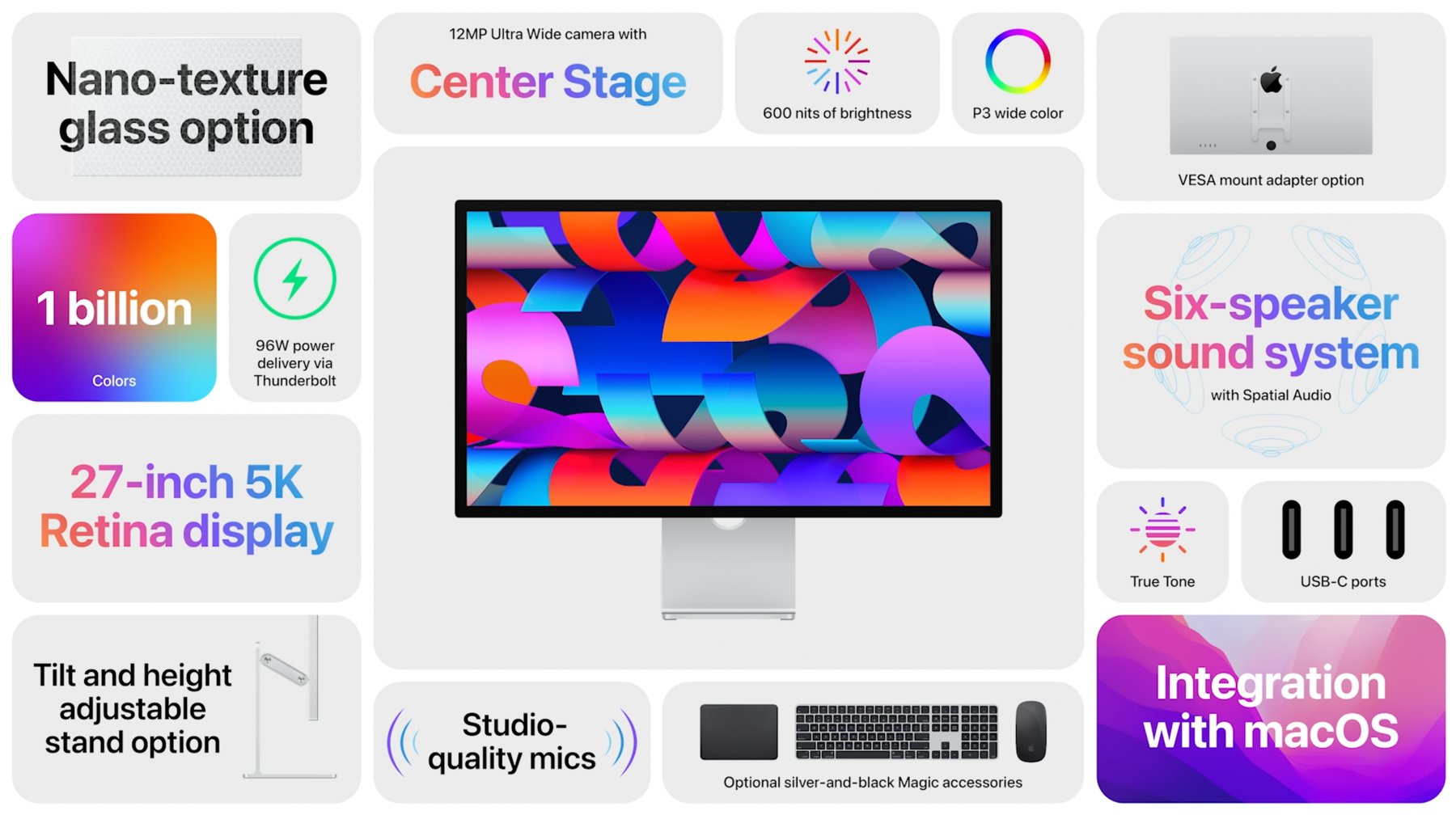 The Apple Studio Display has a Thunderbolt and three USB Type-C connections on the rear. Users can connect to a Mac using a single connection. A Mac laptop may get up to 96W of electricity from the Studio Display. It claims to be able to charge a 14-inch MacBook Pro quickly. 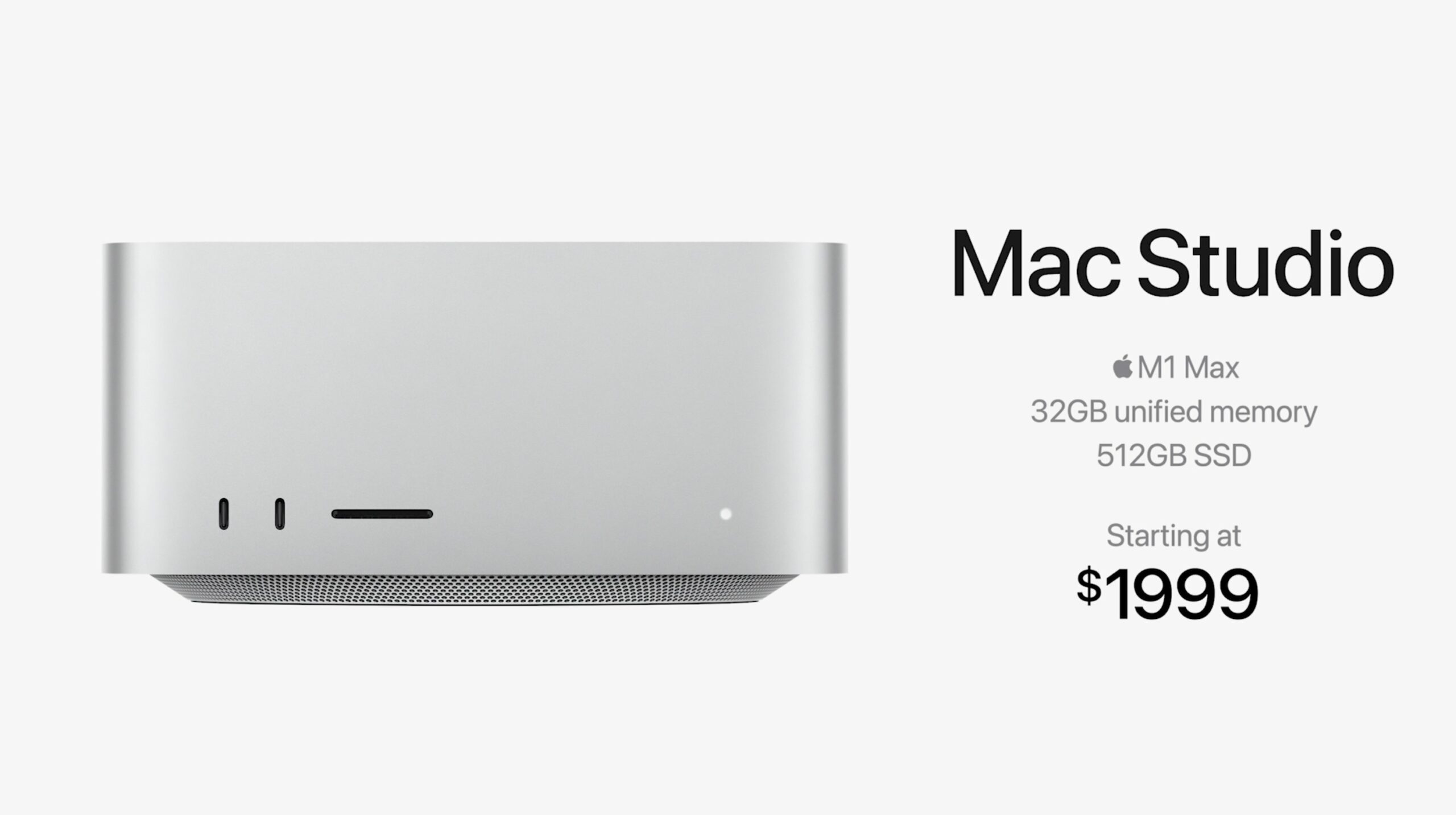 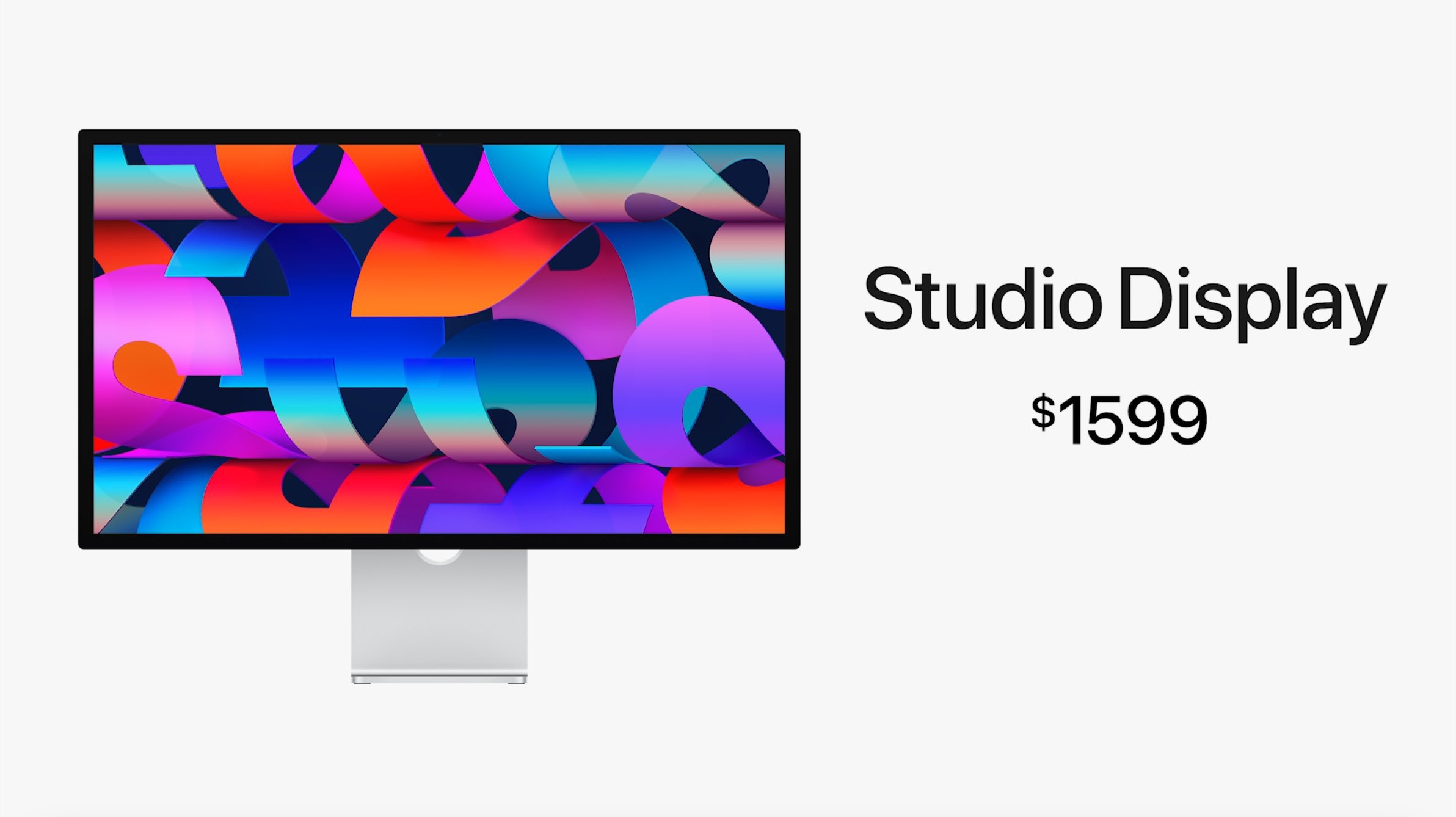