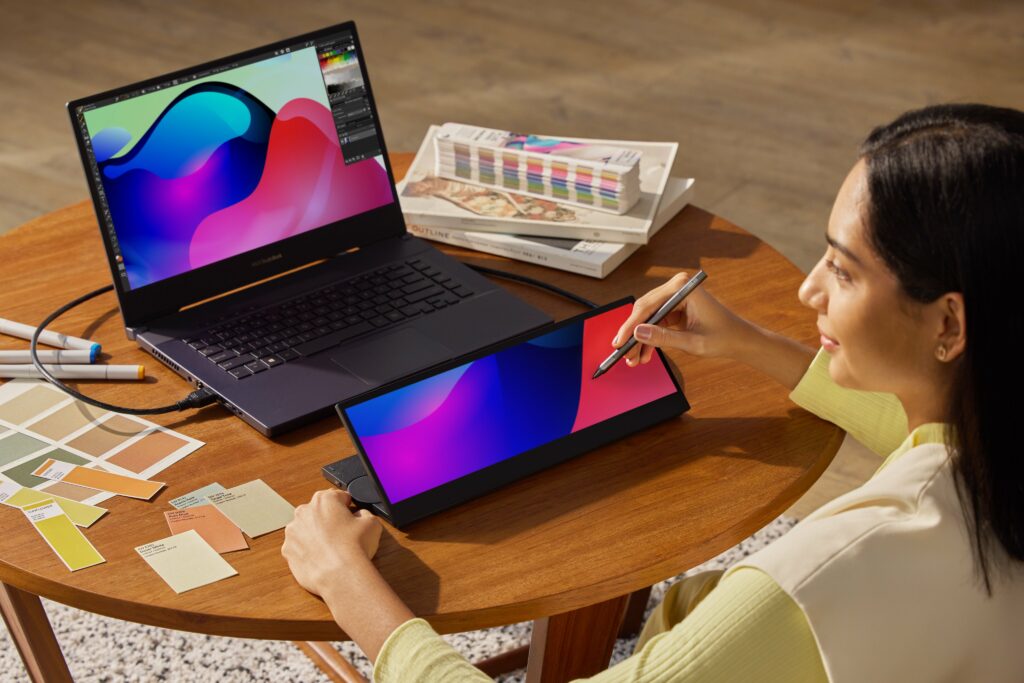 The new Asus Zenbook, Vivobook, and ProArt Studiobook line of laptops have been released by Asus. The business also stated that these laptops would be compatible with the Windows 11 operating system, which will be available on September 5. The display is one of the most intriguing aspects of Asus’s new laptop line. All of these laptops include an OLED display, with certain versions including VESA DisplayHDR 600 certification. True-to-life colors, rich images, and a low blue light feature are all included.

The ProArt X570-Creator WiFi motherboard, a custom motherboard with support for WiFi 6E, Thunderbolt 4, and 10Gbit internet access, was another fascinating device that Asus demonstrated at the Create the Uncreated launch event.

Asus has also released a number of laptops featuring OLED displays. The Vivobook Pro 14X/16X OLED has a 14-inch and 16-inch 4K resolution display, as the name indicates. AMD Ryzen 5000 H Series Mobile Processors or Intel Core i7 CPUs with NVIDIA GeForce RTX 3050 Ti graphics power these laptops. Aside from the Zenbook Pro Duo 15 OLED, Zenbook 14X OLED, Zenbook 14 Flip OLED, ExpertBook B5 OLED, and ExpertBook B5 Flip OLED, the firm presented a few other products during the Create the Uncreated launch event.