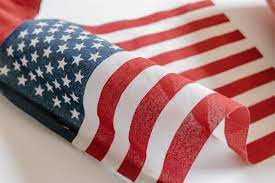 President Joe Biden wants to propose Saule Omarova, a Kazakh-American lawyer, to be a top Wall Street regulator. She is running for the Office of the Comptroller of the Currency because she wants to “end banking as we know it.”

According to reports, the Biden administration plans to propose Cornell University law professor Saule Omarova to lead the US banking regulator, the Office of the Comptroller of the Currency (OCC). Omarova has previously lambasted bitcoin and conventional banking, even pledging to “end banking as we know it.”

She also argues that cryptocurrencies only favor the current “dysfunctional financial system.” The digital asset sector, according to Omarova, is a threat to the economy’s stability. According to three anonymous sources quoted by Bloomberg, the law professor might be nominated as soon as this week.

Omarova specializes in banking law and corporate finance and teaches at Cornell University Law School. She is anticipated to push for tighter crypto oversight and regulations since she believes the sector is vulnerable to exploitation by huge private financial institutions.

If confirmed, she will be the first woman to hold the position of comptroller. There would also be a dramatic departure from the previous administration, which was led by Brian Brooks, a proponent of cryptocurrency and former Coinbase legal officer.

Michael Hsu, a former Fed official, has been overseeing the OCC on an interim basis since Brooks resigned in May 2020. So far, the Biden administration has had difficulty filling the position of OCC.

Because the Democrats hold a slim majority in the Senate, Omarova may still face a challenging confirmation process. Banks that have been large donors to both political parties, according to Bloomberg, may fight hard against her nomination for comptroller.

Because the Democrats hold a slim majority in the Senate, Omarova may still face a challenging confirmation process. Banks that have been large donors to both political parties, according to Bloomberg, may fight hard against her nomination for comptroller.

US Securities and Exchange Commission Chairman Gary Gensler recently remarked that he does not see much long-term viability for digital assets, echoing Omarova’s sentiments.

Saule Omarova is far harsher on cryptocurrency than any of the past OCC heads. According to Omarova, she intends to “end banking as we know it.” Many doubt that the Biden administration would allow Omarova to undertake the reforms she has proposed, such as shifting consumer banking from private institutions to the Federal Reserve.