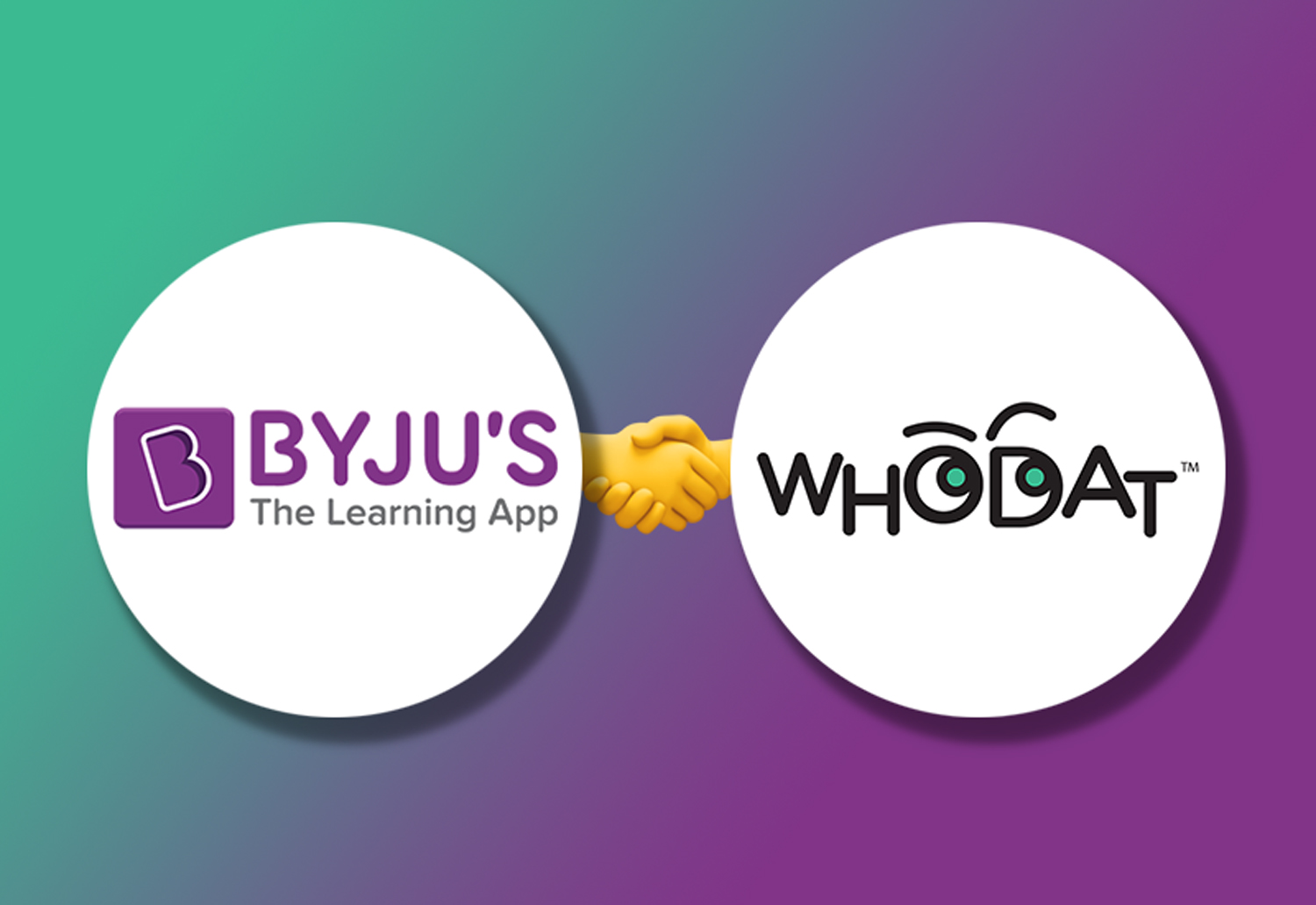 Although the acquisition’s official details have yet to be revealed, the company has announced that the entire Whodat workforce, as well as their patented computer vision infrastructure, has been purchased in order to speed up product development in important domains. This investment is in line with Byju’s objective of providing effective learning innovations for students by expanding its diversified platform to include new verticals, courses, as well as languages.

Commenting on the development Sriram Ganesh, co-founder of Whodat remarked, “We are incredibly excited to partner with Byju’s on a mission to make students across the world fall in love with learning. Whodat has had an incredible journey so far and this will leapfrog our impact to the next level.” However, Anita Kishore, Byju’s Chief Strategy Officer, stated that the acquisition will allow the company to expand its brand portfolio in order to create immersive educational solutions across all product offerings.

Whodat, founded in 2013 by Sriram Ganesh and Kaushik Das, has designed an AR platform based on computer vision that allows developers to create apps that require more geographical precision than GPS alone. Originally intended for augmented reality apps, the technology is now being used to power mobility as well as robotics applications. Whodat is funded by Ideaspring Capital, which backed a seed round of Rs 3.6 crore in the company. Whodat, by the way, was a Microsoft Accelerator participant before being funded by Ideaspring Capital in debt as well as a seed fundraising round in 2017.

Since 2019, the company has concentrated on massive acquisitions to gain a greater share of the Indian ed-tech sector. In August 2020, it spent $300 million for the coding for kids venture WhiteHat Jr. This week Karan Bajaj, the founder of WhiteHat Jr, also resigned from his position of CEO of the company, just one year after the coding platform was purchased by Indian ed-tech giant. With a valuation of $16.5 billion, Byju’s is currently the most valuable Indian startup.