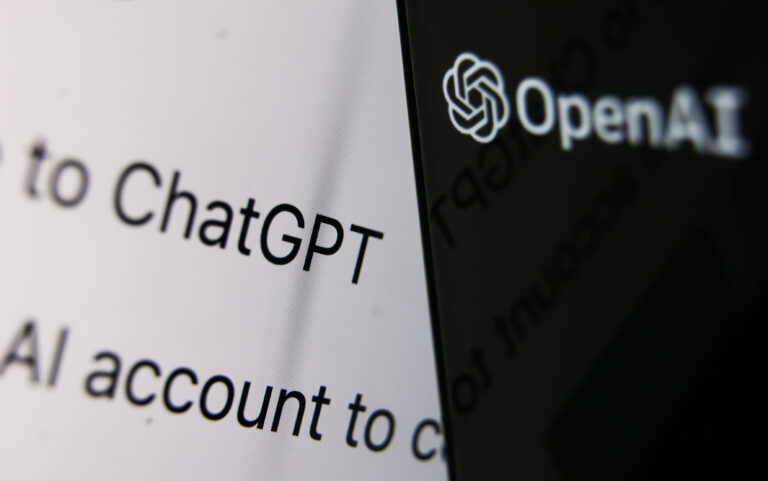 OpenAI logo displayed on a phone screen and ChatGPT website displayed on a laptop screen are seen in this illustration photo taken in Krakow, Poland on December 5, 2022. (Photo by Jakub Porzycki/NurPhoto via Getty Images)
Home
Future Tech
AI

Citing people familiar with the matter, the Wall Street Journal reported on Thursday that OpenAI, the artificial intelligence lab that developed the viral ChatGPT chatbot and Dall-E image generator, is in talks to sell shares in a tender offering valuing the company at about $29 billion.

The paper said that Venture capital firms Thrive Capital and Founders Fund are in discussions to invest in the deal, which would also comprise the sale of at least $300 million of shares from existing investors such as employees, the Journal said. The transaction would almost double the company’s valuation from a tender offer in 2021, and would make it one of the most valuable US startups on paper despite having little revenue.

Current backers of OpenAI constitute Microsoft Corp., which has invested $1 billion in the organization. Last month, Reuters publsihed that OpenAI was estimating $200 million in revenue this year and $1 billion yearly by 2024, and was most currently valued at $20 billion.

The company, co-founded by billionaire and investor Elon Musk and Silicon Valley investor Sam Altman, earns money by charging developers to license its technology. For instance, a person familiar with the matter said earlier this week Microsoft, is preparing to add ChatGPT to its Bing search engine, in a bid to lure users from rival Google by offering more conversational replies to queries.

OpenAI’s chatbot is a software application designed to mimic human-like conversation based on user requests and can reply to a large range of questions while imitating human speaking styles.

The firm expects business to upscale as it pitched to investors saying the organization expects $200 million in revenue next year and $1 billion by 2024.

On Tuesday, the Information reported, Microsoft Corp which invested $1 billion in OpenAI in 2019, was working to launch a version of its search engine Bing using the AI behind the now viral ChatGPT.

In 2019, Microsoft had backed San Francisco-based artificial intelligence company OpenAI, offering $1 billion in funding. The two had formed a multi-year partnership to develop artificial intelligence supercomputing technologies on Microsoft’s Azure cloud computing service.
On November 30 2022, OpenAI made its latest creation ChatGPT chatbot available for free public testing. The chatbot is a software application designed to mimic human-like conversation based on user prompts and can respond to a large range of questions while imitating human speaking styles.