The 10-million strong Foxconn’s plant in Zhengzhou employs more than two lakh workers to manufacture 70 per cent of iPhones worldwide. The Foxconn factories in China are temporarily shut to prevent the spread of Covid 19, and the Zhengzhou unit has been put in a ‘Covid bubble’ since the beginning of this year. 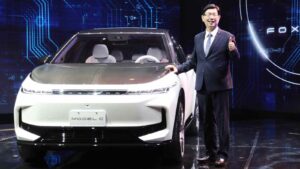 As the production at Apple iPhone manufacturer Foxconn’s factory in China’s Zhengzhou has been affected by the severe crisis of Covid-19, the Communist administration now looks forward to retired military staff to help boost production. A report said that the People’s Liberation Army’s Veteran Affairs Bureau in a WeChat communication said that the veterans are always under the order of the Communist Party of China and should show up when the need arises.The Taiwan-based iPhone manufacturer has many factories in China. The factory is 10-million strong Zhengzhou employs more than two lakh workers and manufactures approximately 70 per cent of iPhones of the world. 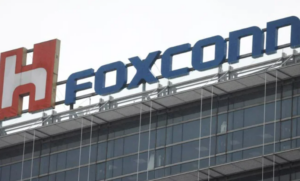 After iPhone factory lockdown – Dependency on China for manufacturing is a risk
Image Credits: NDTV

Several workers were seen walking miles along the road due to lack of public transportation. According to research group TrendForce, only two-thirds of production lines at the Zhengzhou factory were operational. China’s Global Times has forecasted the need for 10,000 more employees at the factory. However, it was quoted by Reuters that Chinese financial news outlet Yicai on Thursday that Foxconn had hit a hiring target of 1 lakh new employees for its plant.

According to report, Foxconn asked the local administration to send at least one person from each village to the factory to help boost the production. As of now, Foxconn and Apple have not responded to the website’s request for a comment.