Coinbase notification scam stole US$11 million in Bitcoin from account

A subscriber’s Bitcoin account was looted with their helping hand as a message to Coinbase users not to fall for bogus customer service agents. Even the most prominent and secure Bitcoin trading sites, such as Coinbase, aren’t immune to subscriber weaknesses, as one account holder recently discovered. 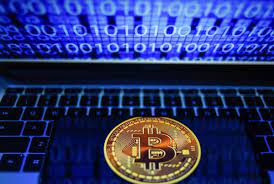 The Coinbase user, identified by the initials G.R. in court records, had just purchased 200 Bitcoin in April when they received notice that their account had been disabled.

Unfortunately, the account holder is now in the headlines since the message wasn’t from Coinbase, but they fell for it and called the phone number provided, believing they were speaking with a Coinbase customer service representative.

The con artist instructed G.R. to perform a series of operations on his account, including granting remote access as if to resolve the issue. Rather than raising a red flag in the mind of the Coinbase account holder, the “unidentified individual 1” (or “UI-1″ as the case records refer to them) was granted full access to the wallet funds, according to Dan G. Boyle, an assistant US attorney: ”Once granted access to the Victim Account, UI-1 increased the daily transaction limit and also attempted to deactivate certain notifications and alert settings on the Victim Account. The total value of virtual currency transferred out of the Victim Account between 2:02:40 PST and 2:12:41 PST on or about April 20, 2021, without G.R.’s authorization was approximately $11,570,138”.

The scammer then began moving the cryptocurrency assets across accounts, eventually ending up with 10.2 bitcoin at Huobi Global, one of the largest cryptocurrency exchanges. After a judge issued a seizure warrant for the assets in October, the detectives contacted Huobi, who agreed to freeze the account while the case was being investigated.

That ten Bitcoin are obviously a small consolation for G.R., as there are still millions of dollars to be recovered, but the notification scam story should serve as a warning to anyone with a Coinbase or other cryptocurrency exchange account.