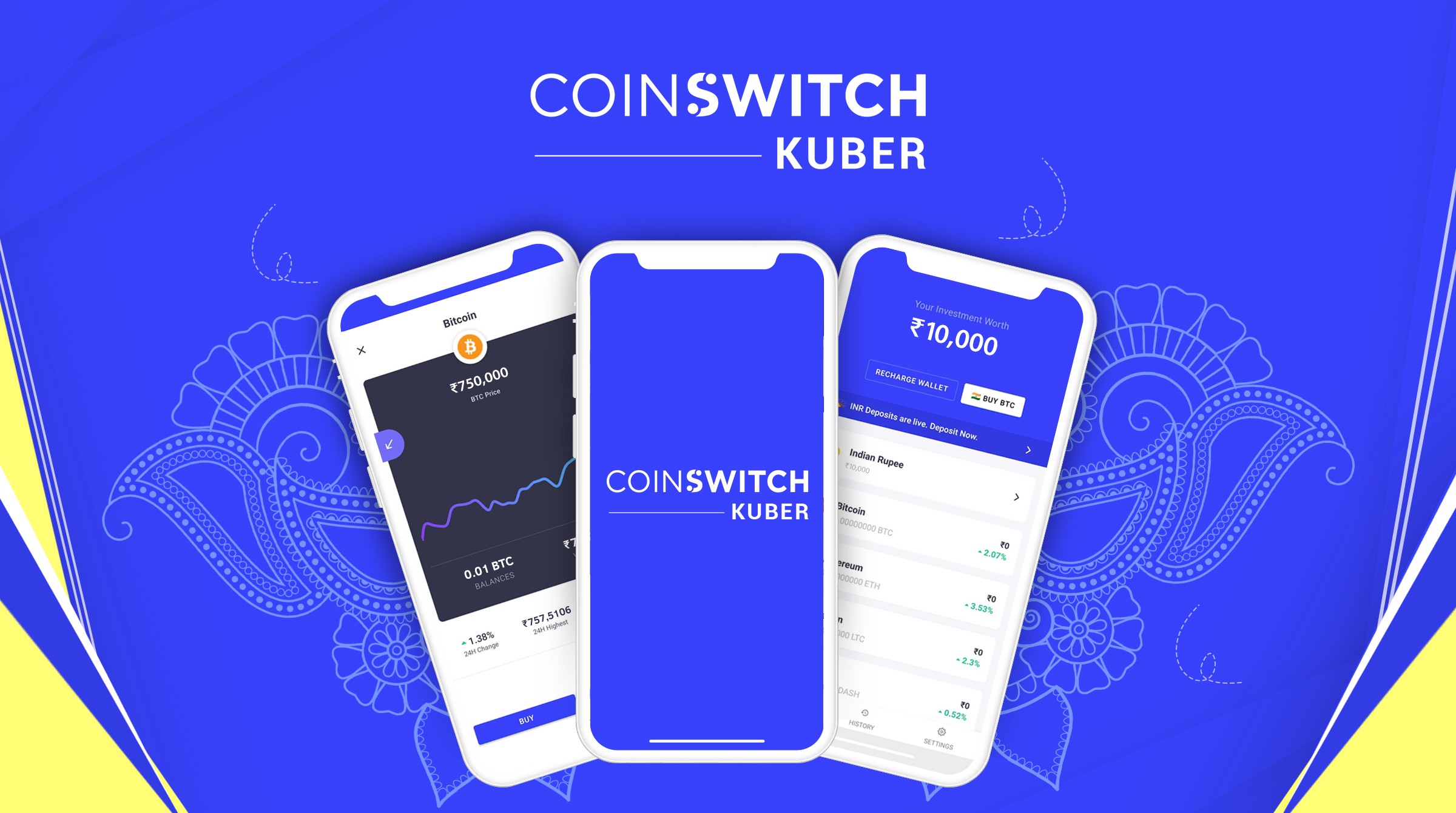 CoinSwicth Kuber is an investment platform for cryptocurrency in India. It is a secure and user-friendly platform where Indians buy more than hundred types of cryptocurrencies like Bitcoin, Ripple, Ethereum etc. following a few simple steps at the best rates with a variety of different payment options.

Having given the background, CoinSwitch Kuber has raised USD 15 million funding in its latest Series A round which was reportedly led by global Venture Capital firm, Ribbit Capital.

Founded back in 2017 by Govind Soni, Ashish Singhal and Vimal SagarTiwari, CoinSwitch was a global investment platform, an aggregator of cryptocurrency exchanges around the globe. Then later in 2020, the start-up introduced its own India focussed cryptocurrency platform called as CoinSwitch Kuber to make crypto investments simple and easy for Indian retail investors, as mentioned in a report by VCCircle.

Besides Ribbit Capital, other investors including CRED founder, Kunal Shah who is also an Angel investor also participated in the funding round along with San Francisco-based Paradigm and Sequoia Capital India.

Within just six months of its inception, the cryptocurrency investment platform has recorded over one million users onboard and expects to have over 10 million till next year. When asked about their latest funding, the crypto company says that it will utilise these funds to improve its technology capabilities, enhance product innovation and security with an aim to become a de-facto cryptocurrency investment platform in the country which is still very new to the concept of cryptocurrency, according to a report by Live Mint.

The report also says that this investment made by Ribbit Capital was its first in the cryptocurrency background in India. The Venture Capital firm has previously been known to invest in BharatPe, ZestMoney and Capital Float, Razorpay, epiFi etc.

CoinSwitch will become a generational technology brand in India, says Nick Shalek, General Partner, Ribbit Capital. He also mentions in a statement that the VC supports CoinSwitch, not because of their product and technology innovation track record but because of their commitment to serve its customers in India.

Furthermore, according to a report by VCCircle, CoinSwitch Kuber mentions in a statement that since the RBI has lifted its ban on Cryptocurrency trading in India, the transaction volumes have spiked to 500% since March 2020. This shows the country’s potential to adopt cryptocurrencies which in-turn has turned heads of several global investors including Ribbit Capital and Paradigm.

Cryptocurrency is the future of financial technology in the near future and with this vast potential shown by the Indian retail traders, it might happen soon enough. Having a 500% growth in an area which is not yet fully established in a country shows tremendous potential and investors leverage this to capitalise on their investments.

Anyhow, for your information, India is the second-largest Bitcoin market in Asia after China and sixth largest on a global scale.