Craig Wright to pay the heirs of Bitcoin co-inventor 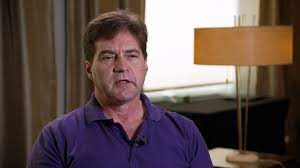 As part of the so-called “Satoshi Nakamoto trial,” a Miami judge ordered the defendant Craig Wright to pay the estate of the deceased David Kleiman, the alleged Bitcoin co-inventor. The order asked Craig Wright to pay US$43 million in intellectual property theft damages. The figure is in addition to the US$100 million already awarded to Mr. Kleiman, and it represents a longer period of interest accrual.

The heirs of the late David Kleiman were granted US$100 million in intellectual property theft damages by a jury in the Kleiman v. Wright litigation, which involved both putative co-inventors of the Bitcoin system. Craig Wright, who claims to be the enigmatic Bitcoin founder Satoshi Nakamoto, praised the ruling at the time, saying, “the jury has plainly found that I am since there would have been no compensation otherwise.”

“And I am,” he continued, while his lawyer, Andres Rivero, added, “we had crushed them,” referring to the plaintiff’s demand for half of the initial 1.1 million bitcoins generated by the group while supposedly creating the Bitcoin protocol under the pseudonym Satoshi Nakamoto.

Now, the judge in the so-called “Satoshi trial” has increased Craig Wright’s IP damages by US$43 million, plus interest, for a total of US$143 million owed to David Kleiman’s brother, who is the plaintiff on behalf of his estate and heirs.

They claimed that Mr. Wright not only stole the intellectual property that their W&K joint venture with Mr. Kleiman worked on to develop the blockchain technology that underpins the Bitcoin protocol, but he also took the first 1.1 million bitcoins they mined, which are now worth around US$43 million.

The jury, however, could not verify whether Mr. Wright has access to the pilot bitcoins, thus validating his claim that he is Satoshi, and thus only awarded Dave Kleiman’s estate IP damages. Craig Wright’s lawyer mocked the increased charges once more, claiming that the new amount is still a “fraction of the amount plaintiffs claimed.”

Also read: Kevin O’Leary claims that cryptocurrencies now account for 20% of his net worth