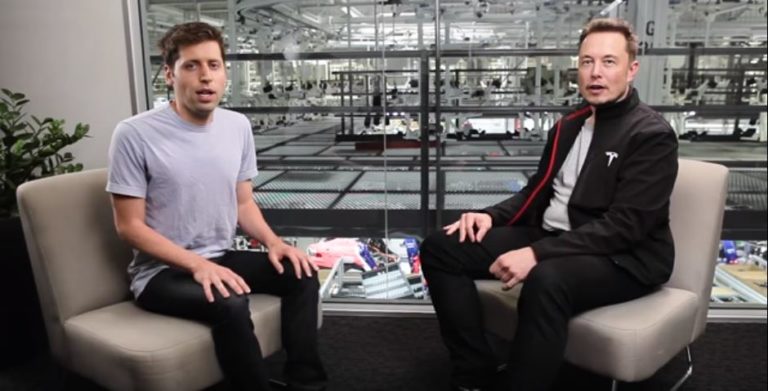 When Elon Musk was younger, he wanted to focus on 5 problems that he considered were most important for him to solve. The problems which he stated then were Internet, Sustainable Energy, Space Exploration, Artificial Intelligence and finally Rewriting Human Genetics.

Even though he laid out the 5 problems in college, he never actually thought he would be working on them. He was checking to see if there would be a breakthrough relative to batteries for energy storage in cars during an internship and post that started his grad studies on advanced energy storage technologies for electric cars. He then put that on hold to start an Internet company in ’95.

There seems to be a time for particular technologies when they’re at a steep point in the inflection curve.

Fast forward 23 years, and after making an impact in three of the 5 technologies, Elon considers AI to be single biggest item in the near-term that’s likely to affect humanity.

His next bet is anything to do with genetics especially if it is able to cure a disease like Alzheimers. And then, his final bet is to explore our superhuman capabilities by increasing our personal bandwidth capabilities.

How To Be The Next Elon Musk?

In his own words, before commencing something you need to make some estimates of, whatever this thing is that you’retrying to create, what would be the utility delta compared to the current state of the art times how many people it would affect.

You can get a doctorate on many things that ultimately do not a have practical bearing on the world. And I really was justtrying to be useful. That’s the optimization. It’s like, “What can I do that would actually be useful?”

When he initially had plans of launching SpaceX people were not shy of telling him that it was crazy, but his objective was not to start off a company to achieve the best risk-adjusted return.

I’d soon come to a conclusion that if something didn’t happen to improve rocket technology, we’d be stuck on earth forever.

When starting SpaceX, I thought the odds of success were less than 10% and I just accepted that actually probably I would just lose everything. But that may be would make some progress. If we could just move the ball forward, even if we died, maybe some other company could pick up the baton and keep moving it forward, so we’d still do some good.

The best of the available alternatives that someone can come up with a better approach or better outcome, is that we achieve democratization of AI technology. Meaning that no one company or small set ofindividuals has control over advanced AI technology.

It just becomes a very unstable situation, I think, if you’ve got any incredibly powerful AI. You just don’t know who’s going to control that.

We must have democratization of AI technology to make it widely available. And that’s the reason that obviously the team created OpenAI was to help spread out AI technology so it doesn’t get concentrated in the hands of a few. But then, of course, that needs to be combined with solving the high-bandwidth interface to the cortex.

If we can effectively merge with AI by improving the neural link between your cortex and your digital extension of yourself, which already, exists, just has a bandwidth issue. And then effectively you become an AI-human symbiote.

I think a lot of people think I must spend a lot of time with media or on businessy things. But actually almost all my time, like 80%of it, is spent on engineering and design developing next-generation projects.

Business is fine. But really it’s like at SpaceX, GwynneShotwell is Chief Operating Officer. She manages legal, finance, sales, and general business activity. And then Elon’s time is almost entirely with the engineering team, working on improving the Falcon 9 and Dragon space craft and developing the Mars Colonial architecture.

Because the biggest epiphany I’ve had this year is that what really matters is the machine that builds the machine, the factory. And that is at least two orders of magnitude harder than the vehicle itself.

Currently the factory has a relatively lower level of automation compared to what the Gigafactory will have and what Model 3 will have. The speed on the line is incredibly slow, in terms of the extra velocity of vehicles on the line, it’s probably about, including both X and S, it’s maybe five centimeters per second.

Musk is that confident he can get to at least one meter per second. So, a 20 fold increase, just to put into perspective, is a slow walk or a medium-speed walk. A fast walk could be one and a half meters per second. And then the fastest humans can run/bolt over 10 meters per second.

Have a look at the duo’s interesting conversation on how to build future.