Elon Musk’s net worth has dropped by $65 billion since he announced he wanted to acquire Twitter Recently, Musk attempted to drop the Twitter acquisition deal worth $44 billion 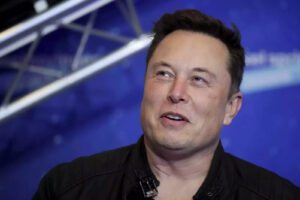 Elon Musk’s net worth has dropped by $65 billion since he announced he wanted to acquire Twitter.
Source: The Economic Times

It has been over two months since Tesla chief executive Elon Musk expressed his interest to purchase social media platform Twitter. Since then, his net worth, which is largely linked to Tesla stock, has dropped by $65 billion. Other than the Twitter deal, a range of other external factors also resulted in the fall.

The day of his announcement to buy Twitter Inc- April 25, Tesla stocks were at $998.02 per share. As of today, it stands at $752.29 per shares, clearly falling over 24% since April. As the stock market has witnessed prominent fluctuations in the past few months, losses faced by Tesla were more than average. On the other hand, the S&P 500 lost 9.2% at the same time period, with the Dow Jones Industrial Average falling by 7.9%.

According to Bloomberg, the billionaire CEO’s net worth visibly peaked in November last year at more than $340 billion. It further stated how his net worth fell to $197.1 billion in June, showing a decrease of 42%. For a while now, his EV company has also faced a range of challenges which is directly connected to Musk’s wealth.

On Friday, July 8, Elon Musk made the announcement that he is planning to back out of the Twitter acquisition deal worth $44 billion. Reportedly, he cited the issue regarding spam and bot accounts on the social media platform. Moreover, he alleged that the company had acted in a way that materially breached ‘multiple provisions’ of the agreement between the parties.

According to certain financial experts, the financial losses coming in Tesla’s way would made it more difficult for the Twitter deal secure financing. This was as the Tesla CEO pledged billions of dollars of his stock at the EV company as collateral for this merger. However, it is not exactly clear if the financing of the deal had any connection with Musk’s call to back out the takeover deal. Currently, Twitter is yet to acknowledge any requests made for a comment on the situation.

Various other factors led to the fall in Musk’s net worth in the past few months, along with the acquisition deal. Reports in the past few months suggested how Musk allegedly sexually harassed a flight attendant on a flight to London. This also led to massive fall of $10 billion in his net worth.  However, the billionaire denied the allegations saying that he does not use flight attendants.