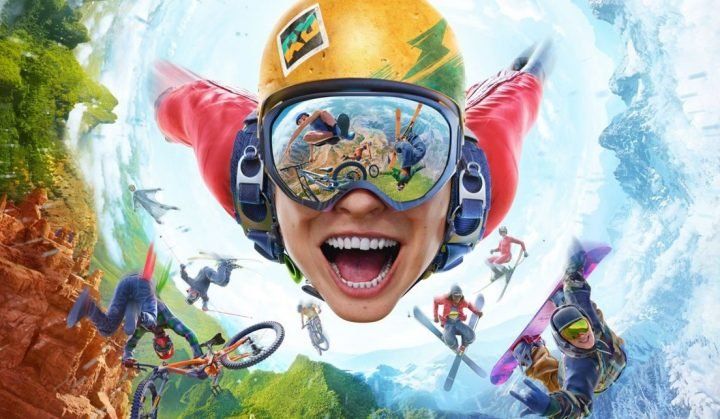 Extreme Sports MMO Riders Republic Will Get A Beta This Month

Ubisoft announced that Riders Republic Beta will be available for PlayStation 5 and PlayStation 4, Xbox Series X / S, Xbox One, and PC via Ubisoft Connect and Epic Games Launcher from August 23-25, 2021. The Riders Republic Beta gives players a first look at careers as cycling, snow tricks, aerial sports and wingsuits. The game has recently postponed its release date by one month to October 28. This was a difficult decision for the game as the developers wanted more time to refine the game experience, but expect the fans to be there when the game is released.

Up to 50 players from different sports compete against each other in mass races. Trick battles will be 6v6 contests to land the most tricks through a variety of obstacles. New races appear on the map each hour; players must be prepared to observe their blind spots, protect their positions and keep agile with their skills while fighting their way to the finish line.

I was surprised and excited by Riders Republic, an extreme sports MMO that lets you simultaneously compete with up to 50 players in races and trick contests. Riders Republic takes riders to a lively social playground where they can take part in sports such as cycling, skiing, snowboarding, wingsuit, and wingsuits infamous American national parks.

Riders Republic took to the stage at Ubisoft’s E3, a showcase for open-world action sports games, to showcase various game modes and hubs where players take on missions, read in-game news, and more. Riders Republic will launch its sports MMO playground in October Steam on PC, Xbox, PlayStation, and console. The Riders Republic will also be available on streaming services such as Stadia and Luna, and subscribers to Ubisoft plus will have access to the game.

Ubisoft’s multiplayer racing game combined Mountain biking, Snowboarding, Wingsuiting, and other outdoor extreme sports has been repeatedly postponed. Originally planned as a mammoth game, Ubisoft has postponed the game from a scheduled release in February. The gaming giant also announced that a year after its release it decided to censor the Tom Clancy Elite Squad RPG, Ubisoft Online Free-to-Play 5v5 RPG Tom Clancy’s Elite Squad. Ubisoft also announced that the game is available for beta on the PC from 23-25 August 2021 via Ubisoft Connect and Epic Games Store, PS5, PS4, Xbox One, and Xbox Series X.

Ubisoft points out that the multiplayer mode can be played with up to five other players in Co-op. Multiplayer abductions aside, the name of the game is a solo game. Next-gen consoles promise a new way to play the game – 60fps and up to 50 players simultaneously on the screen. The game features a variety of modes, including 50-player mass races (on next-generation consoles) and 6v6 trick battles.

Ubisoft has recreated some of America’s most iconic national parks, including Yosemite, Mammoth Mountain, and Bryce Canyon, and combined them into a vast, free-wheeling world. More than 50 players can play together in a seamless, vibrant world and experience each other’s great victories, epics, and failures. Races, mass start events, and the development of a driver’s career can all be started with friends in free roam parks. Ubisoft announced that fans will have to wait a little longer for an update on their own blog. The title will be released on October 28 and there will be snowboarding, mountain biking, and ski slopes, Ubisoft’s blog announces.

Originally, the release was scheduled for February but was delayed, so a new date for this year was announced recently. Registration for the games beta has been announced, but Ubisoft has not said when it will go live. Those entering the beta will be able to pre-load the game from August 23. Subpoenas will begin on August 21, and no system requirements have yet been announced. If you don’t know if you want to test the game before beta, take a look at our previews from the past. Ubisoft has also released a trailer that gives us a good feel for the game.