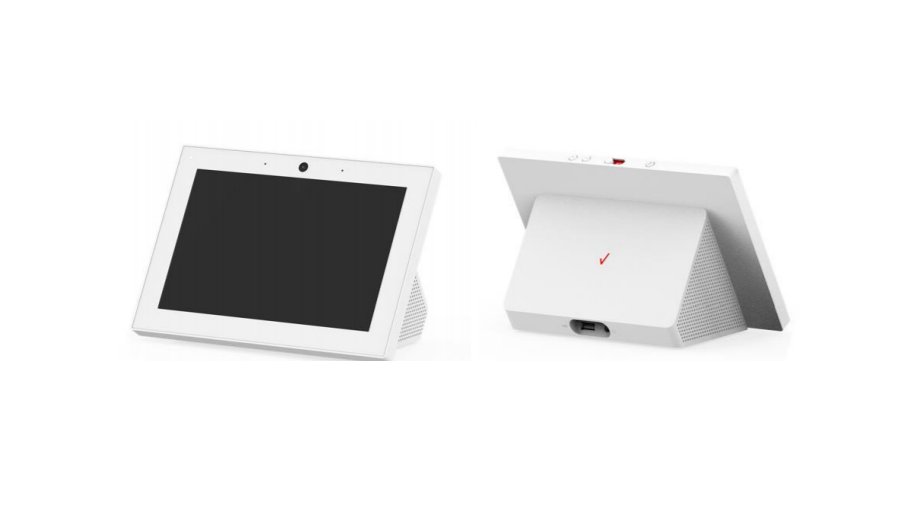 As shown in a filing with the Federal Communications Commission on Friday, Verizon is planning to offer a smart display device based on the Alexa speech assistant (first found by Protocol). The FCC application displays a device with an 8-inch display and front-facing camera, as well as 4GB of RAM, 16GB of internal storage, Bluetooth, wi-fi, and a 4G connection, comparable to an Amazon Echo.

The filing does not specify how the gadget’s user interface would appear on its screen, but the device, dubbed LVD1, will “wake” when users say the word “Hi Verizon” to it. As Protocol points out, this appears to indicate that the gadget is part of Amazon’s Alexa Custom Assistant program, which lets businesses create their versions of Alexa for their own branded products. Creating Alexa skills that are unique to certain devices.

The device supports Verizon’s BlueJeans video conferencing technology, according to a user manual contained in the FCC petition, which would be a natural application for it. Verizon said at the time of the purchase that “BlueJeans would be completely linked to Verizon’s new 5G lineup which will offer secure and real-time engagement solutions for high-growth areas such as telemedicine, remote learning, and field service operations.

The specifics of the purchase were not disclosed in a news statement, but according to The Wall Street Journal, Verizon would pay less than $500 million for the company, which has 15,000 corporate clients.

As more individuals work from home, competing for video conferencing software Zoom has exploded in popularity. However, Zoom continues to encounter security concerns, including numerous incidents of “Zoombombing,” in which unwanted participants disrupt a Zoom conference.

Late last month, it upgraded its iOS app to remove code that transferred device info to Facebook. After it was revealed that users’ personal information might be used to target advertising, Zoom had to revise portions of its privacy policy.

BlueJeans, unlike Zoom and Microsoft’s Skype video conferencing service, does not provide a free version and is largely targeted towards corporate users, according to the Journal. On CNBC on Thursday, Verizon CEO Hans Vestberg stated that his firm has been looking at BlueJeans for about a year and that he believes his company’s distribution will help BluJeans compete better with Zoom and others. BlueJeans will be incorporated into Verizon’s 5G network, according to Vestberg.

Unlike Zoom, though, Verizon is a nationwide internet service provider. Verizon’s purchase of BlueJeans raises the possibility of Verizon preferring its videoconferencing software for Fios users above competitors like Zoom and Microsoft Teams, raising possible net neutrality issues.