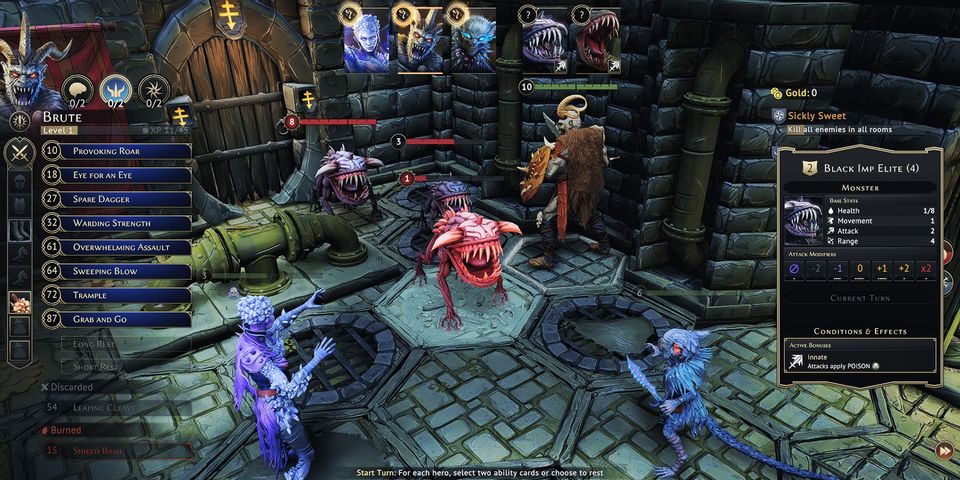 Last year, Flame Fowl Studios released Gloomhaven, the digital adaptation of the highly-acclaimed tabletop board game of the same name, on Steam and GOG, billed as a dungeon-crawling tactical role-playing game. Gloomhaven is a board game of top-rated status, so it is not surprising we saw last year a full-fledged version of its PC video game adaptation, handled by Flaming Fowl Studios with help from Asmodee Digital. It is going to be 2023, when we will see Asmodee bring the top-selling board game, Gloomhaven, over to the consoles, with a new platform adaptation from Saber Interactive.

Now, it is clear that Asmodee Digital and Saber Interactive are working on the console version of the game, which is expected to launch sometime in 2023. While Flame Fowl Studios developed the PC version it came out of Early Access late last year Saber Interactive is presumably going to be handling the console port. While no solid release date has been revealed or a concrete console platform, for that matter the thinking is the console version will be released sometime in 2023.

While details on Gloomhaven’s recently announced console release are slim, it is easy to imagine it converting to the console-based platform just fine. The turn-based battles are straightforward but incredibly tactical, which allows for some challenging moments in Gloom Haven, but it also allows for the controllers to handle a wider variety of gameplay mechanics.

While the company has announced that Gloomhaven will come to consoles in 2023, no concrete platforms have been confirmed as of this date. It is not clear if GloomhavenThe recently announced console release is just going to be something for the next-gen consoles, supports Nintendo Switch, or Asmodee Digital is targeting every platform in current use.

Originally developed by Flame Fowl Studios, which is based on the award-winning tabletop game from Isaac Childre, Gloomhaven has sold more than 500k units through early access. We are seeing more games moving from the physical tabletop scene into the virtual realm, and Asmodee Digital has already brought Gloomhaven over to PC lands.