How to Send Apps Between Android Devices?

Know How to Send Apps Between Android Devices easily
We can not deny the fact that Smartphones and their apps now rule the our lives. So when there is something we’re so dependent on, why not learn everything about it? Well since we’re talking about Smartphones and its apps, its kind of obvious that we strive to talk more about the same. In case you didn’t already know, there is a very easy process with which you can send apps between android devices.

So next time your family or friends ask for an app, don’t tell them to download it from the app store or play store, rather just send it to them following easy steps. 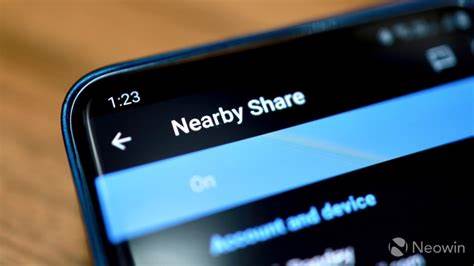 We’re guessing that you are already familiar with the term AirDrop which allows users to share files on iOS devices, like the iPhone or the iPad or Mac. Similar to AirDrop, there is another feature called “Nearby Share” for Android devices. There is no need for you to exchange contact information or share same networks, all you have to have is physical closeness.

The App store for Android- Google Play Store is already built-in with Nearby Share functionality, so that users can easily send each other apps and games to people. This way is preferred by users because it allows the exchange of the raw file through the app store. This further implies that the receiver will just have to install the app without actually having to download it.

Your first step has to be heading straight to launch the Google Play Store on your device. Once you open it, tap on the hamburger menu icon. It will be visible to you on the top left section of your screen.

When the menu opens up, tap on the option of “My Apps & Games”.

When you tap on My Apps and Games, you will be redirected to the tab of “Updates”. You will then have to switch to the “Share” tab.

To share the app with someone, you will have to tap on the “Send” button.This is how you initiate the process of Nearby Share.

Your next step is to tap on Continue.

Later, tap on one of the permission choices.

A list of  apps and games installed on your device will appear. Choose any app that you need to share with someone and then tap on send.

One thing you will need to make sure is that the person who is receiving the app also open their Play store and then tap on receive in the “Share” tab.

The sender and receiver will then have to match with the pairing code and then later select the option of  “Receive” if it matches.

That’s it! That is exactly how you can send Send Apps Between Android Devices.