While the price of Bitcoin might not be at this all-time highs, but a lot of buying is going on. The Bitcoin balance on exchanges hit a 3-year low a few weeks back, and we are not seeing a major spike in this balance even after corrections. Now, if we take a deeper look at the numbers exchange-wise, then we will notice that Huobi’s Bitcoin balance continues to go down much steeply than the combined numbers.

Bitcoin balance on Huobi and all exchnages 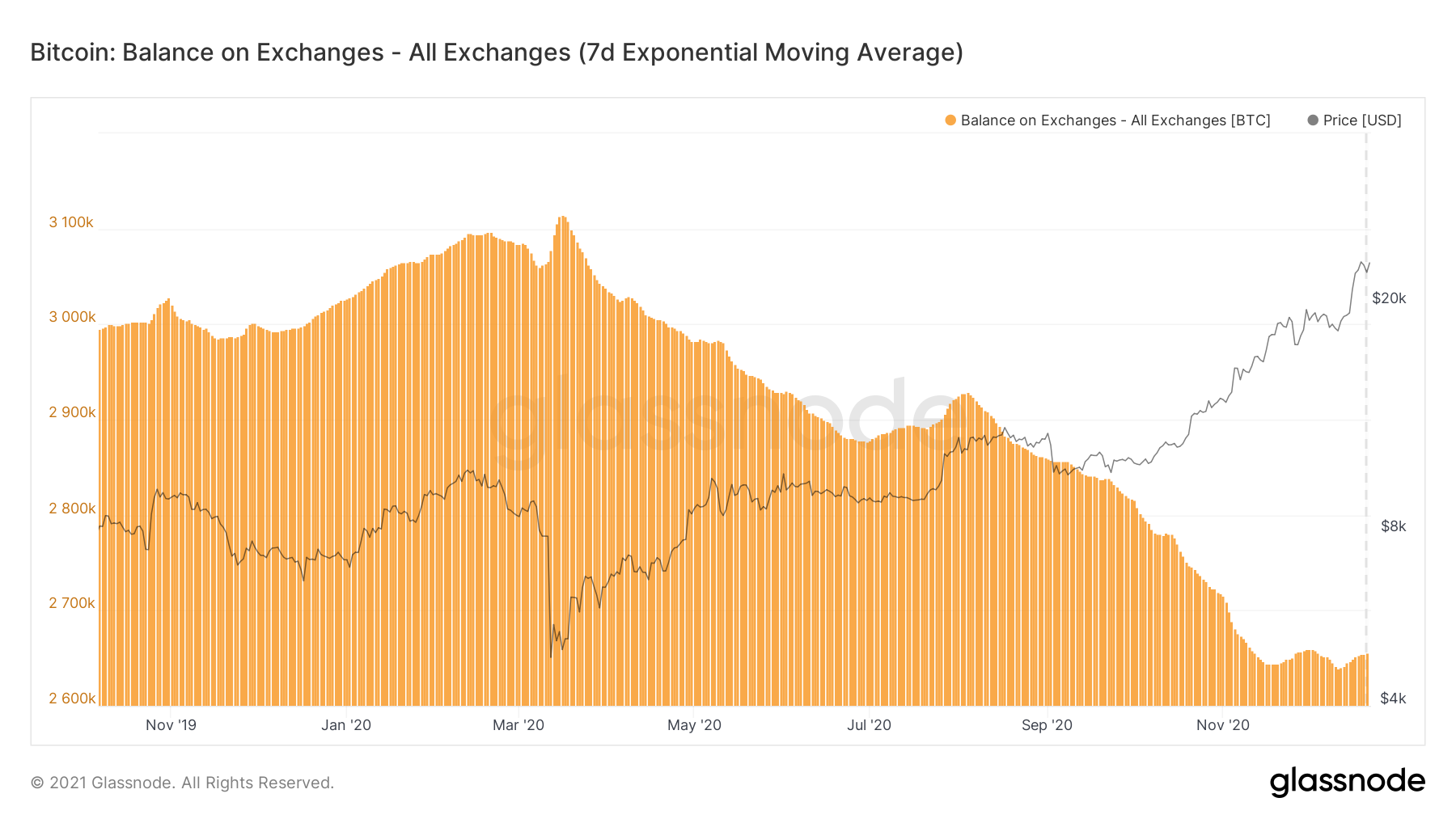 Since the May crash of Bitcoin, the balance on exchanges has been in a major downtrend. From a high of 3.1 million Bitcoins on all exchanges on May 16, 2020, we are now at 2.6 million Bitcoins as of December 21. The numbers are quite great, and now if we see how Huobi is doing, it’s clear that a lot of people are moving their Bitcoins out of the exchnage. The exchange has seen a huge outflow in Bitcoin balance in the last few months. As you can see from the chart below, there has been a drastic drop since October. 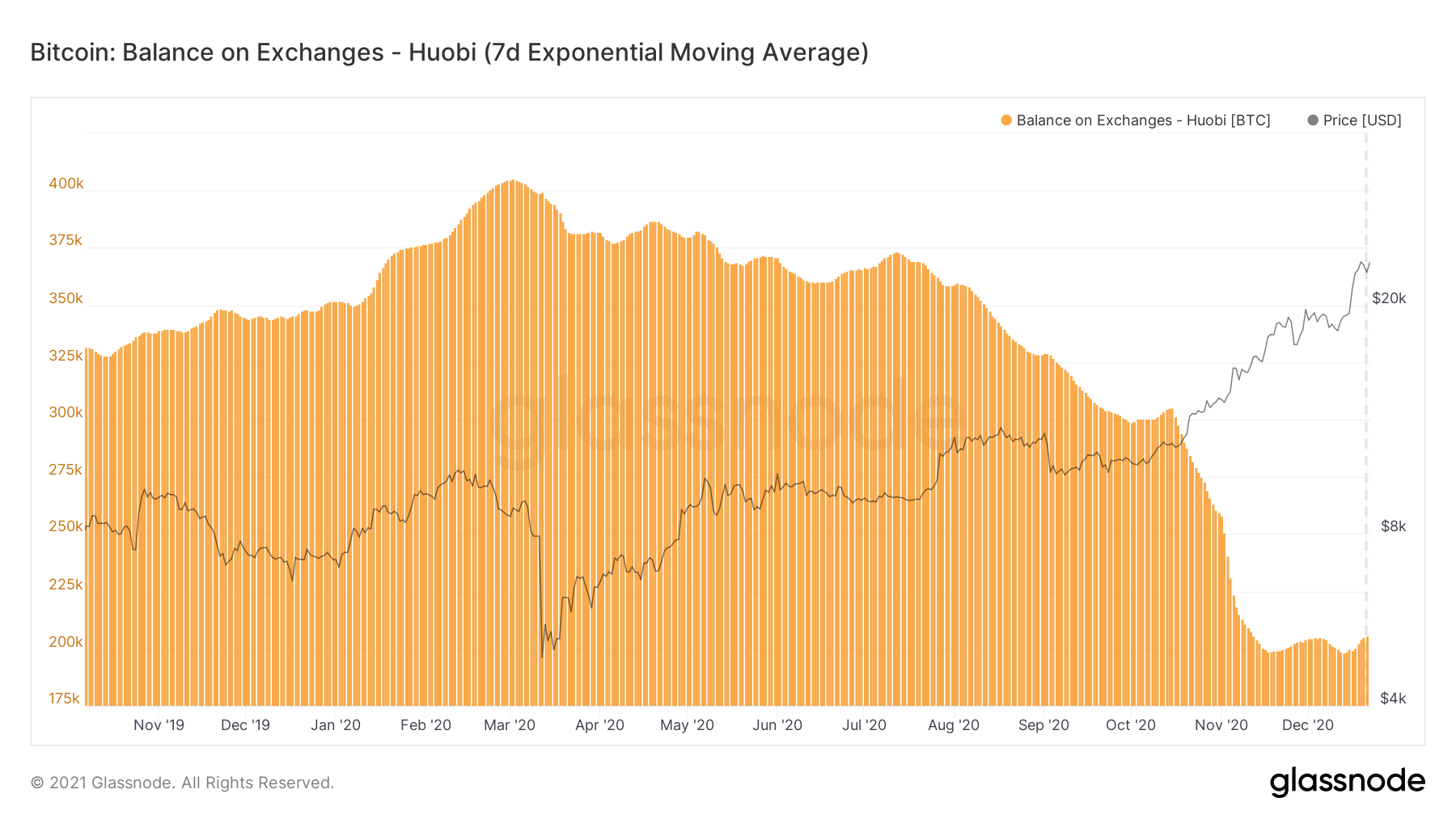 The primary reason for this drop in Bitcoin balance on Huobi can be attributed to China. It is the primary exchange in the country, and with the recent crackdown on crypto there, people are moving their holdings out of the exchanges. They have no other option; one can either sell and move out or transfer their coins to some other place as exchanges are expected to stop their operations.

In fact, this theory can be supported by the idea that Binance, Bitfinex, and other large exchanges have seen an increase in Bitcoin balances. So, overall we are in a downtrend where buying is happening, and people are moving out Bitcoins to cold wallets. But among exchanges, balances are moving from one platform to another due to the recent crackdowns.

It is difficult to say and exactly figure out how the movement of Bitcoin is happening, but the data suggests the conclusion above. Why do you think is Huobi’s Bitcoin balance going so low? Let us know in the comments below. Also, if you found our content informative, do like and share it with your friends.