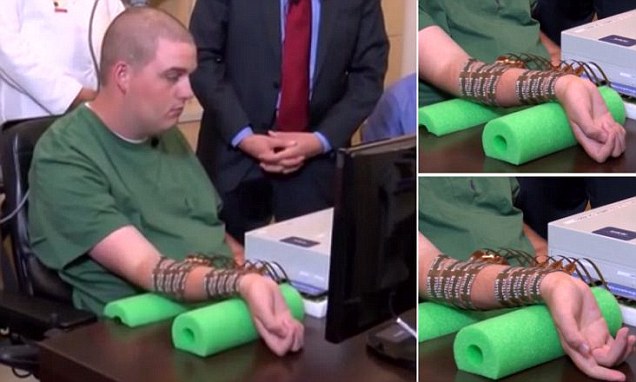 14 April, 2016, USA: If someone is paralysed then it becomes the biggest curse for him, his entire life now depends on others. But now, that is history as the researchers have found a perfect remedy for paralysed people which will enable them to do their daily routine without a hassle. Ian Burkhart from Ohio now can play guitar with the help of a chip implanted in his body. He has been paralysed from six years and before the implantation, he was not able to move a muscle.

This chip, which also considered as miracle device, works very smartly by reading the brain’s signals and transferring them to computer. After receiving the signals from the chip, computer starts interpreting the signals and stimulates the person’s muscles with electricity to restore movement.

While the system is still in its initial stage, researches do have high hope with it as it can revolutionise the entire world and can help millions of patients suffering from paralysis, stroke or brain damage.

24 year old Ian met with an accident six years ago and had suffered injuries in his spinal cord. These injuries were so devastating that they destroyed the entire function of his spinal cord and due to this; messages from brain were unable to reach the rest of the body and his entire body below the elbows was paralysed. But now that is history, he can now move and use his body parts like normal human beings due to the miracle device which was recently implanted in his body.