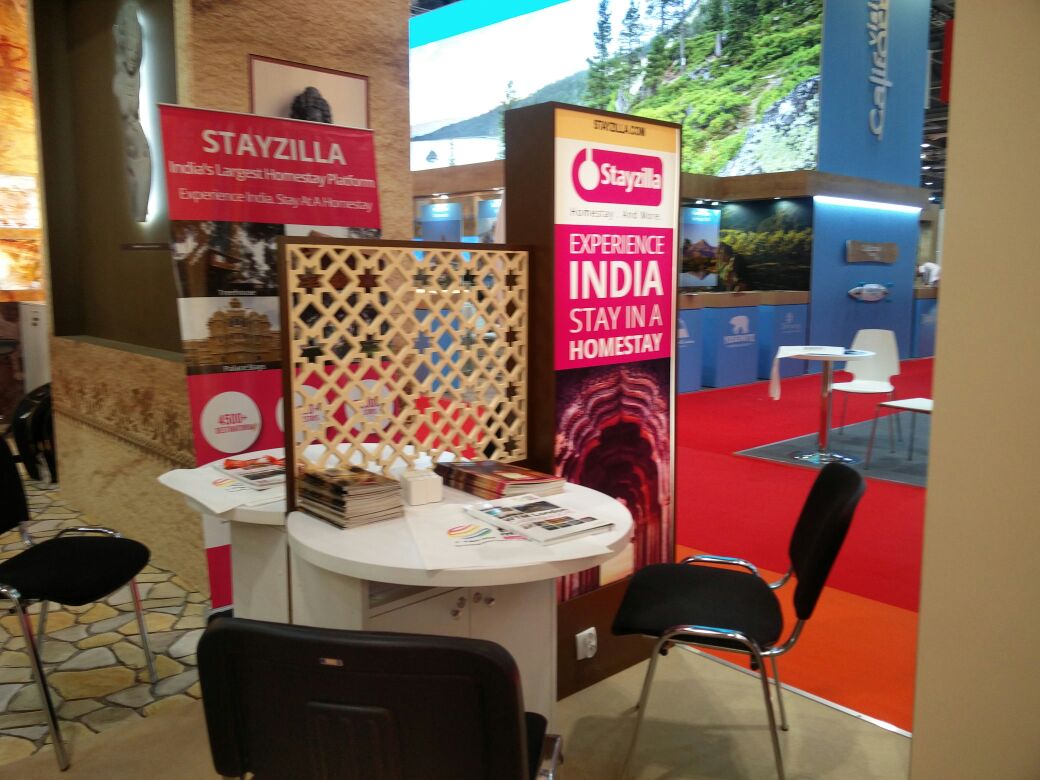 After 21 days, Jigsaw’s Aditya today released the entire e-mail thread out to the public to prove that Stayzilla had not communicated regarding any dispute in payment or deficiency of service.

“Since there were no terms of service defined, “deficiency of service” is hard to prove – technically not even a point. If you are going to take these matters to court, if you dont have things well defined and in black and white, the law wont be in your side” were his statements with respect to deficiency of service.

This led to a series of comments both on the post and in other statuses on the social media for both sides of the party. In one particular comment posted on the status, iSpirit’s Sharad Sharma states, “Let’s say I want 10 hoardings to be put up in CBD of Blr and only 7 are, this is a deficiency of service. One doesn’t any special agreement for this. The normal practice that the vendor shows proof of placement. If you don’t supply the proof, you don’t get paid. Nothing complicated is involved here.”

In an e-mail to TechStory, Jigsaw’s Aditya released proof of the entire e-mail thread right from the proposal till the proof of placements which Stayzilla claimed to be ‘deficiency of service.’ 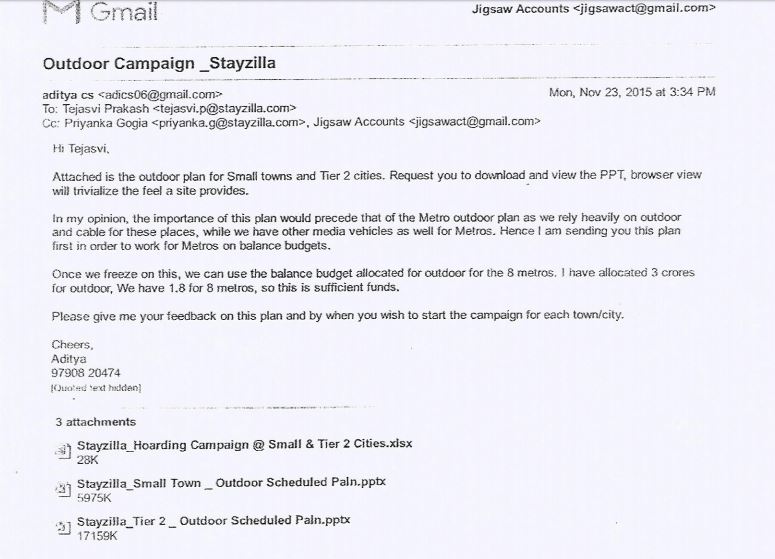 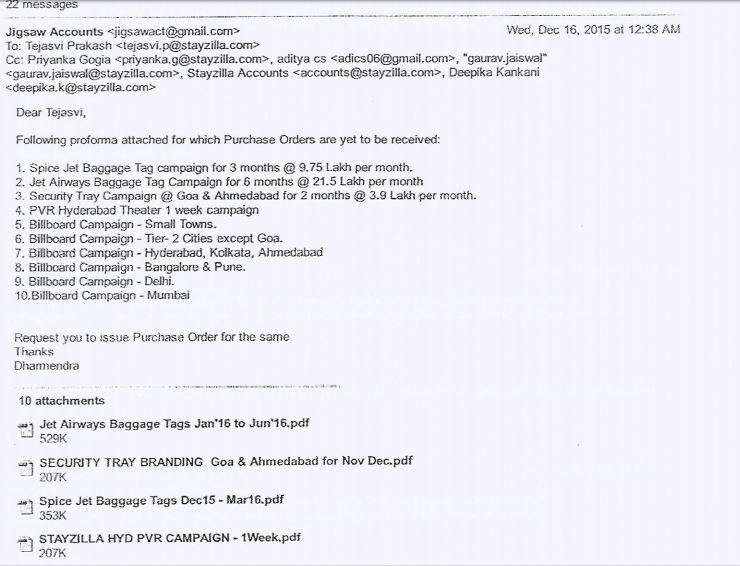 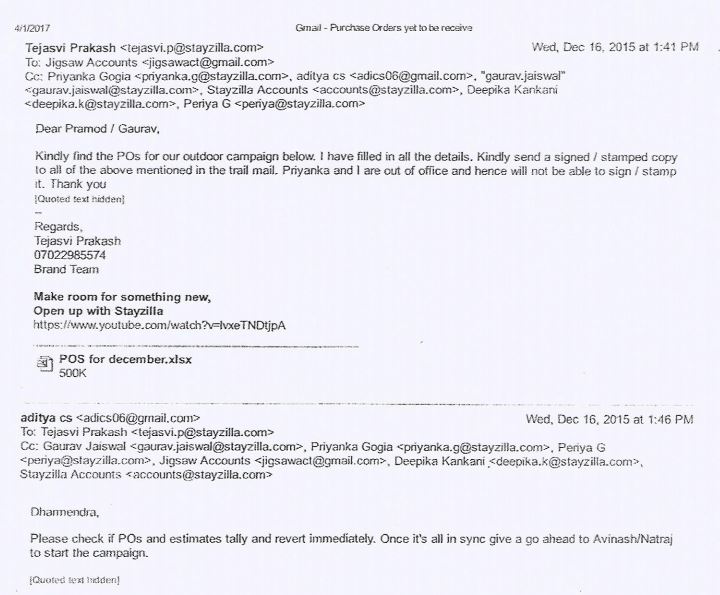 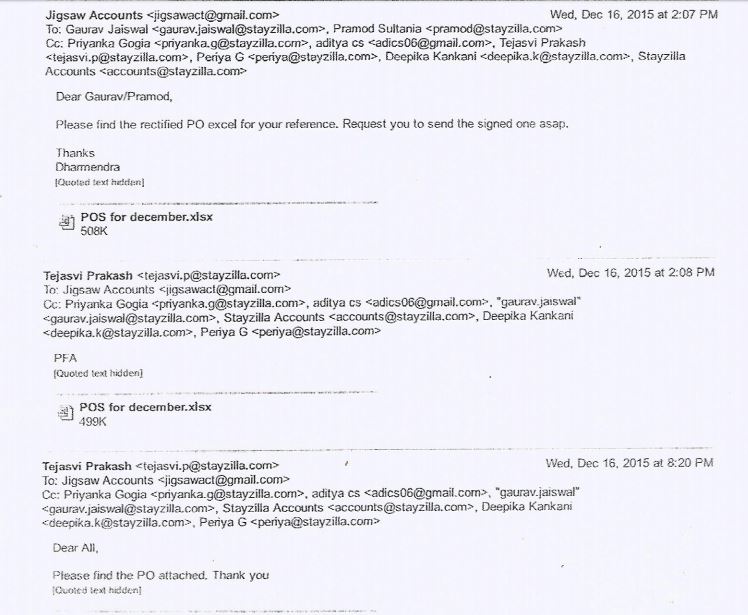 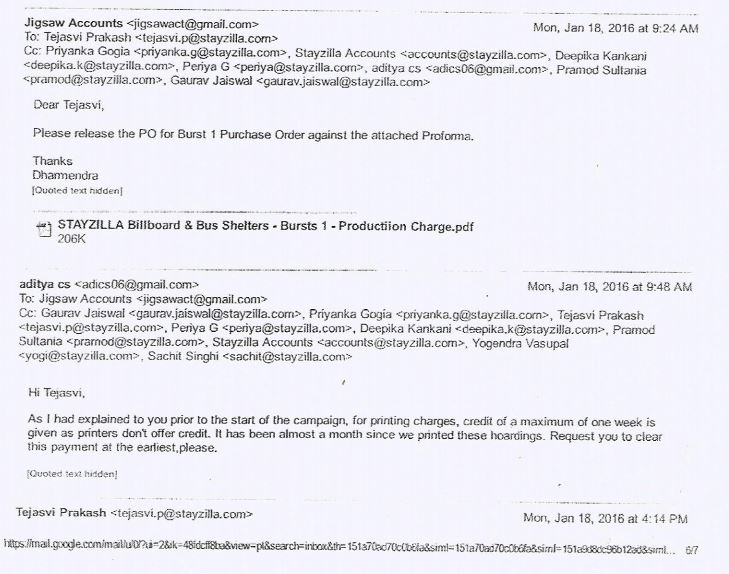 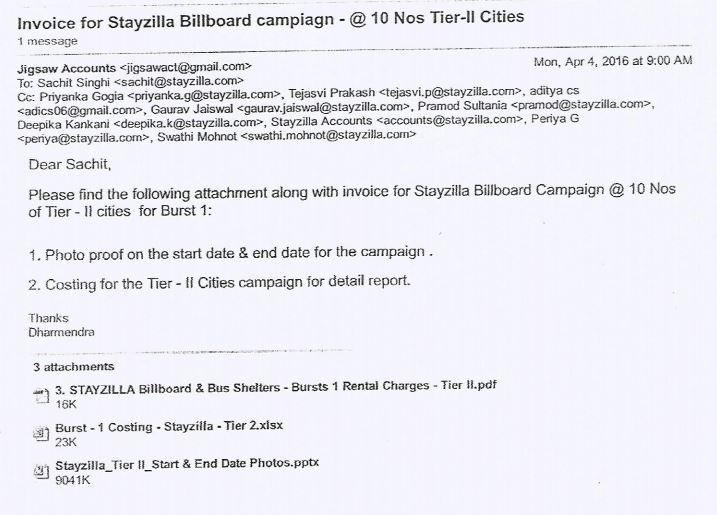 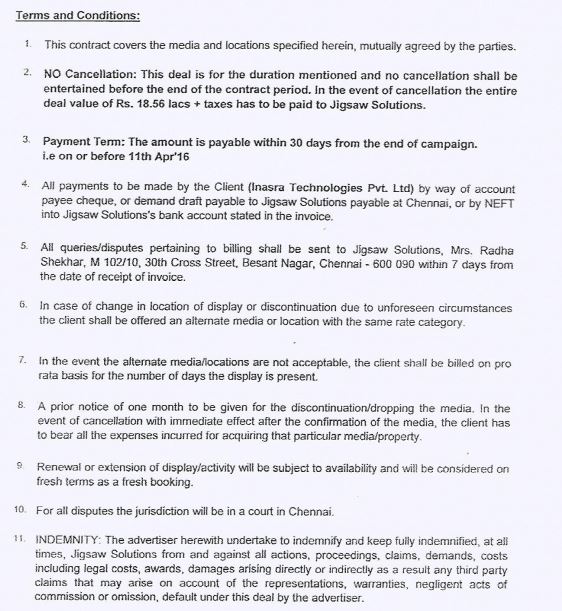 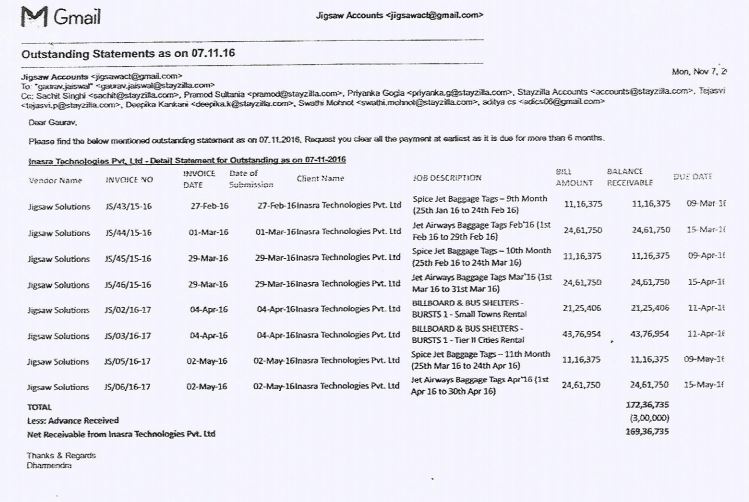 For more proofs on the invoice check the following document.

As far as the proof of delivery is concerned, they were released by Vijay Anand in his response to Sharad Sharma with a dropbox delivery link.

We’ve reached out to Stayzilla and will update their end of the evidence as well.