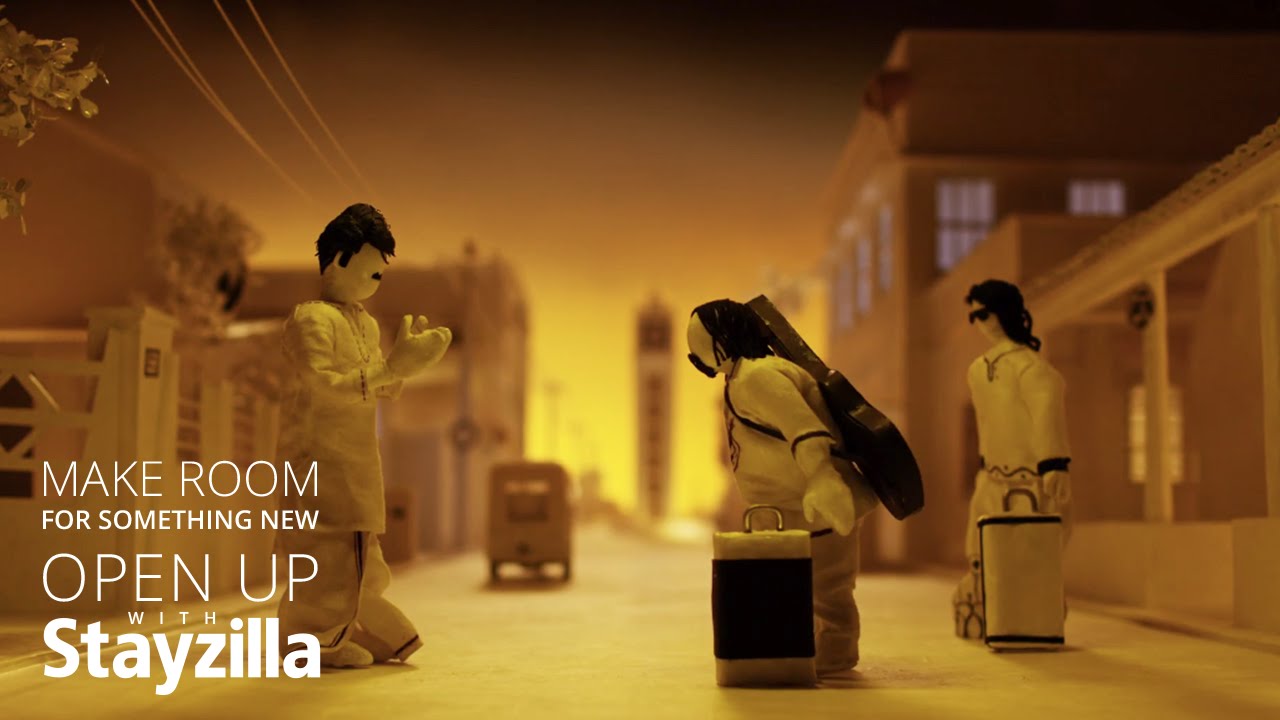 When in conflict handle it maturely! This was the title we ran for a conflict between Oyo Rooms and Stayzilla, if you don’t remember the episode, here is a quick recap!

It was the morning of 20th March 2015 and Stayzilla’s CEO Yogendra Vasupal received an email from one of his customers where Oyo Rooms had an infringement of trademark while running Google ads as a part of marketing hack to beat the competition.

How did Stayzilla respond to this? Did they go the legal route?

“We could have taken the legal route but really we did not want to go that way.”

This was Yogi’s statement back then. Stayzilla, came up with an innovative marketing strategy to take the issue on twitter instead with a series of Oyo mama jokes!

Taking the war to Twitter meant putting our brand at risk as well. We did not want to come across as a cry baby neither could we risk being seen as a bully.

Reason to cite this incident was because of two major highlights.

Fast forward 776 days to March 15, 2017 early morning. Yogendra Vasupal’s medium post goes online with the title “Help! I need everybody…” where he starts describing the second complainant, a media agency called Jigsaw Solutions. In his own words,

“I recognized the name of the complainant and informed them that there was a dispute between 2 companies and we had asked the other company to take it up in the court. I don’t personally owe anybody money and I am wondering how can they get confused on such a basic matter as this was a clear civil case. I also pointed out that we have been asking the other company to take it to court if they felt they were wronged as we felt within our right. I also pointed out that my company is also owed close to 7 crores from various debtors but I am not going around filing false criminal cases against them.”

It has been 21 days since the arrest of Yogi, and there have been multiple arguments that have surfaced online on behalf of both sides of the dispute.

Keeping the emotional quotient aside, Stayzilla is yet to submit proofs from their end on whether Stayzilla had communicated regarding the deficiency of services.

In this regard, we caught up with Aditya of Jigsaw solutions who opened up to TechStory on what went wrong with payments and why there was a claim of deficiency of services.

“They owe us the money, it was acknowledged by e-mail, they’ve given an audit confirmation, they’ve not communicated any dispute and they’ve not put out any proof for communication of dispute. My purchase orders and deliveries are all in place, my vendors are also in my place as my dealings have been transparent where I work with my vendors on a percentage basis, hence all the three parties are in sync about the liabilities” he begins.

It is true that Jigsaw has shown its side of the proof to the public while the issue was still in courts. We also obtained a copy of the audit report that Stayzilla confirmed to Jigsaw solutions. 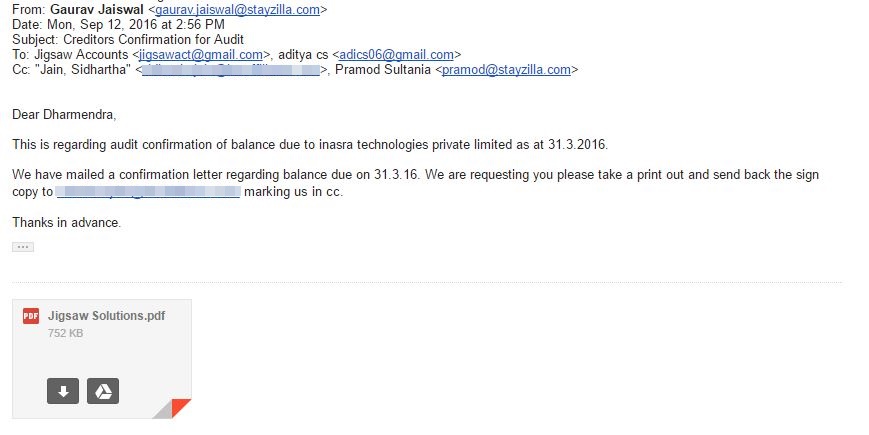 Here is a screenshot of the attachment, 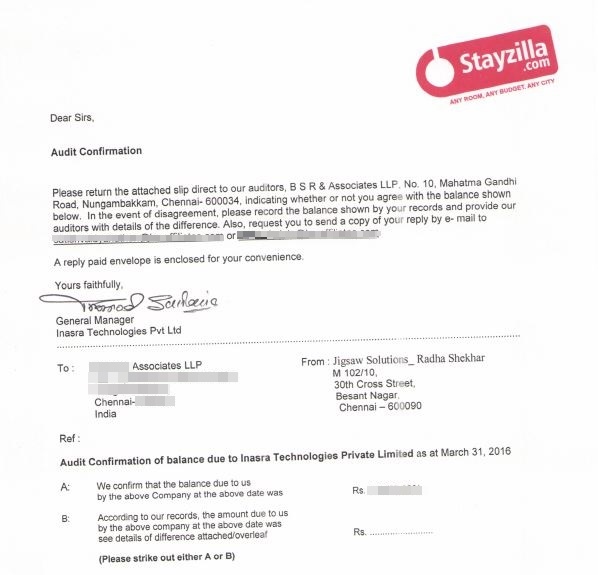 If the audit was clear, what went wrong? Was there an actual deficiency of service or was it simply because Stayzilla was not able to measure the ROI on its marketing expenditures? A mail sent to both the audit firm and Stayzilla’s co-founder Rupal did not elicit any response.

It was an open knowledge that Stayzilla spent massively on their marketing campaigns among other expenditures last year. To go by the numbers, the company had a loss of Rs. 94.5 crores for a revenue of Rs. 13.8 crores in FY16. The marketing spends, in particular, was Rs. 56 crores to create an awareness about their new pivot focusing on home stays over hotel accommodations. 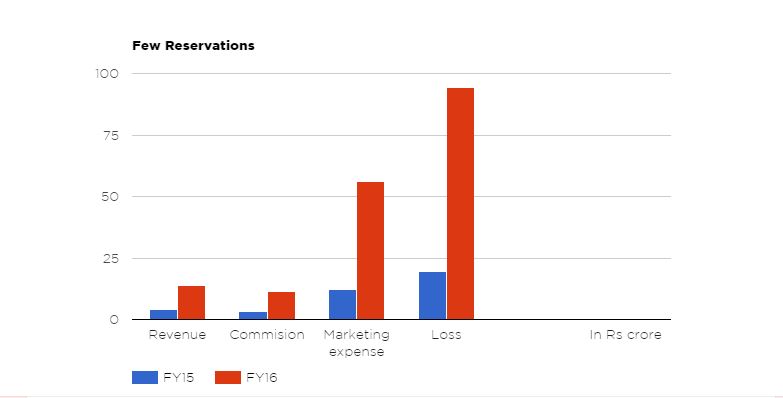 So, it spent Rs 56 crore to earn Rs 11.4 crore in actual transactions. “He gave me a stupid strategy which I did perfectly” speaks out Aditya.

“The Internet and out of the internet marketing activities are two different worlds altogether. Companies need to realise that the way you advertise on the internet by doing an experiment and continue if it works or pull out doesn’t work in offline as the investment involved is huge” Aditya quips.

Speaking on what went wrong with the marketing campaigns, Aditya recalls, “when marketing manager Vedha was present in the organization, even though he didn’t have much clue about offline, he was willing to listen, take advice on how to go about it. He was a little conservative and would generally test out in 2 or 3 cities at first with clear offline marketing objectives”.

After he left the organization and Stayzilla raised the third round, it was led by a new marketing team who had very little clue about offline marketing which was not their fault. “When you get funding and when the investors say advertise, what do you accomplish with ads you have to be clear. You don’t get to spend investors’ money sporadically with no clear objective” he adds.

In late 2015, when Stayzilla introduced the pivot, they opened up with an aesthetically brilliant advertisement with an objective to open up more home listings. Yet, things didn’t go according to the plan?

Check the video for yourself to see what went wrong.

Watched the entire video? Still don’t get it? That’s the timing of the video.

“When we look at home listings as the target, one of the best platforms to run the ad would be a television commercial or movie hall commercial. But, any video that is over 3 minutes long cannot be run on either of the platforms, which is typically a little over 30 seconds” shares Aditya.

When the company shut down on February 23rd (announced the reboot of operations), Yogi had stated the reasons of failure as, “the demand and supply for homestays was non-existent 18 months back, excluding a few small pockets. As a result, we had to invest extensively in both sides of the marketplace, creating homestays as well as guests who would choose a homestay across the country.”

While going into the specifics of how the company lost money, Yogi continued to explain in his blog “A homestays marketplace needs to invest in educating the market on the concept and even using Internet (!) and not just the product. The costs, both financial and opportunity costs, creep up on you over a period of time and gets rationalised as the cost of doing business in India.

This was further exacerbated by the discounting based growth rampant in the travel industry since 2015. Forced to match prices, we could not even recoup what we put in, necessitating very large capital requirement simply to sustain growth.”

Aditya states, “Stayzilla completely forgot about demand side of the market and focused purely on the supply side.” He continued that he had to take on the role of a media buyer from being a media planner and complained that the team neither listened to him nor went about a proper strategy to measure their results before trying out pan-India campaigns.

“They gave me a stupid strategy which I did perfectly”

He claims that since it was his job, he executed the job as per what was promised for which he is said to have proof of proposal, purchase order invoice and proof of delivery as per the proposal, among other evidences.

(Update: Jigsaw released the proof of invoice and delivery today after the article was published. You can check them out here!)

On speaking about Godzilla in the room which the entire ecosystem came together when Yogi pleaded “The criminal charges foisted against me are part of pressure tactics to settle a civil dispute, which is against Supreme Court’s directive”.

Finally, as a marketing strategist, an entrepreneur and a vendor who is a part of the ecosystem, his note to the tech entrepreneurs who relied purely on digital strategies were, “consumers won’t transact with you just by looking at your ad on the computer screen as the credibility is very low and in today’s cluttered world, app downloads and site visits are bound to happen through offline more. Online transactions are possible for previously acquired customers, but not for the brand recall of new customers.”

It is clear that the verdict on whether Yogi is guilty or not guilty is in the judicial systems hands who take decisions based on evidences submitted from both the parties. This is a learning phase for all entrepreneurs, both funded and bootstrapped, to realise that without understanding when, where and how to spend, it is going to be extremely difficult to take a return on investment.