A few days back, news about the 50 Tesla Mode Y fleet was banned by the New York commission. The ban came out as the New York Taxi and Limousine Commission (TLC) blocked the fleet by Reveal, a startup. It was said that the block came as most board members voted against it. However, the truth was revealed by Teslarati that there is more to the story. And the Tesla fleet wasn’t banned; it was a matter of understanding. 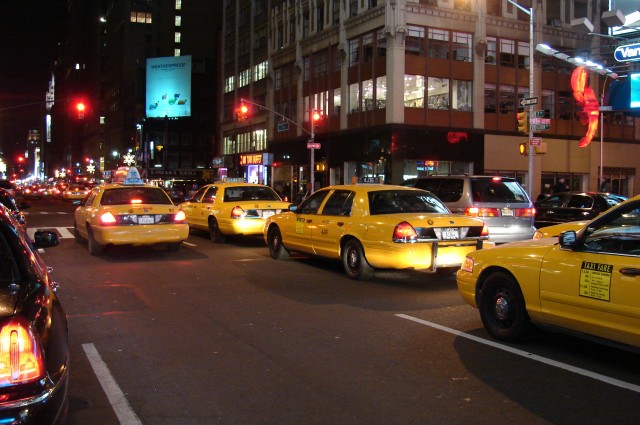 New York already has many cabs on roads, most fuel-powered cars. Having additional taxis would mean more unnecessary cabs. This is why the start-up initially received a deal to initially purchase gas-powered vehicles. Then convert the gas vehicles to electric, such that the gas-powered cabs are being “Replaced”. It seems like an unnecessary step, but when multiple startups come into the taxi fleet sector, the situation needs to be controlled.

Currently, NY has a 100,000 cab supply, which is already more than how much people need. Managing applications and licenses accordingly are much needed, and that is what the NY taxi and Limousine commission did. In the end, it wasn’t about the fleet being Tesla Model Y.

More fleet affects the city roads and the drivers who are left with minimum wages. For this very reason, the NY commission clearly stated that they would not allow more fleets to be added unless it’s a replacement.

As said by De Blasio, in the 2018 passing of legislative pieces,  “We’re putting hardworking New Yorkers ahead of corporations. We are taking immediate action for the benefit of more than 100,000 hard-working New Yorkers who deserve a fair wage and halting the flood of new cars, grinding our streets to a halt.”

Reveal already planned to give their drivers full-time wage, and give incentives accordingly. To be precise, the statement from TLC also stated that they don’t want streets flooded with additional cars. But the media was directed in such a way to make it looks like the Tesla Model Y fleet was blocked.

Congestion is a real issue and needs to be addressed strictly. Also, startups like Reveal would need to opt for better ways to replace the gas taxis. So with this news unveiled, Reveal can bring in many Tesla Model Y fleets but need to replace them with earlier gas ones. For a startup, that is a hassle and finding a way around it would be better, but it doesn’t look like the NY commission will allow that.