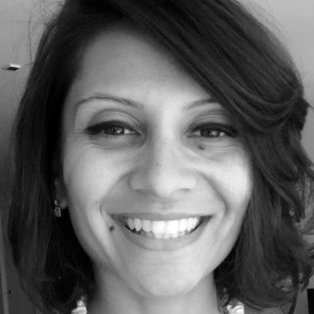 Anjli Jain: An India-born, US-raised and educated entrepreneur, Anjli Jain is the founder of Kryptos Mobile and several other startups. After living in India for 3 years, she established accelerators in Gurgaon and Bangalore through which she actively invests in, mentors and incubates Indian-based startups.

The Birth of an Idea

Anjli Jain is a successful female technopreneur, investor and social activist. Anjli has 15 years of experience with Tech startups, venture capitals and social activism. Ever since she found interest in technology, she has passion for building technology that reduces cost, helps education community, and provides cutting edge services for core competencies. She has dedicated her entire career to develop the agenda. Anjli finds herself particularly drawn towards Education Environment. She says there is a unique atmosphere within a campus setting. It is very opportunistic environment. Everything within a campus context happens at a very fast pace. The campus environment allows you to get immediate feedback from students/administration. You can also leverage the opportunity by involving students in developing the platform as well.

She is a keen observer of the Education System and is always looking for what is picking up in market, future trends in the academic domain. About two and half years ago, when she was considering through campuses and what really  is going on within the campus community, she noticed that uses of mobile phones by students have picked up really fast and most students spent time on their mobile/smartphone than any other device. She also observed that a significant fraction of their time was utilized on browsing mobile apps. She focused on the student community between 18-22 years old and discovered how the medium of communication between students and institutes are still traditional and there is a need to develop an interface which would integrate institutions with their students in a much convenient way. She contemplated the thoughts of allowing students to look at their grades over an app than on a quirky browser, allow them to register for classes over an app. She envisioned of a platform which would bring all the above features at fingertips of students. And that is how the core idea behind Kryptos Mobile was born.

However, the biggest challenge to this noble idea was to make it cost-effective and remove any need of knowledge of any level of app development- Objective of the platform. Kryptos Mobile has been able to achieve its objective by adopting the core technology of the platform- it is cloud based, self-serviced and very user friendly- the end-user or institute administrator do not need to know any coding.

The market size for mobile apps is big — and it’s just going to get bigger. Anjali calls this moment of the time a ‘turning point’. She compares this situation to the late 90s, when there were around millions of website. And as soon as the end users got access to develop their own website, the number of websites grew to be more than a billion. Similarly, Mobile apps are at turning point now. There are more than 1 million apps in Play Store itself. As per the study, on average an Indian smartphone user spends around 169 minutes per day on their device and apps. According to the Apps India 2015 conference, The Indian mobile gaming market, is one of the fastest expanding in the world. As per the reports, it is expected to grow to USD 571.6 million by 2016 (research by Newzoo and OneSky). It also estimated that India has the potential of growing the app market size to USD 3.5 billion in the next 10 years. The market’s growth has been driven by a base of 131.7 million mobile (smart phones and tablets) gamers. Read More!

Moreover, platforms like GoDaady easily allow you get your presence online to get a blog, website. It is getting more and more people to develop their own website and host it online – exciting part being it involves both- the developer as well as the end-user. Anjali adds that Mobile apps carry so much of capability from Geo-tagging to real-time communication tools likes messaging, customer engagement. She comments that we are going to accelerate in number of mobile apps and it is going to get at faster rate.

Process flow: Typically, Kryptos Mobile will reach out to an organization in interest and understand their needs- what are they running already in enterprise, what they are using for communication system, what is core data storage system, how are the key services accessed et cetera? Essentially, the aim is to achieve a map of the needs. It is followed by prioritizing the basic building-block requirements to arrive at the starting point and turn it into mobile app. Once, pre-built app is in hands, which is called the ‘app-maker, – the user /administrator just needs to walk through the services to customize the interface- he/she have access to every aspect of interface and it can be modified accordingly.

Other than this, there is an analytic engine involved in the process which analyzes what features of the app are working fine or can be enhanced or missing. The analytic helps drive the app to make it a value-product.

Growth: Kryptos Mobile is one of the fastest growing mobile app companies. Their growth rate has been more than 100% and are profit-positive. The company is providing solution to market at a very viable price. The company has grown from zero to more than 130 clients in last two and half years. Also, Kryptos Mobile was chosen for Tech 30 initiative at NASSCOM.

Funding: Anjli bootstrapped the company and so far it is Self-funded i.e the funds come essentially from people within the company. However, The Company has entered into talk with potential investors and is expecting to raise its first round of funding. “We have started to talk with investors. The company has received very good response and has been able to get lot of interest from angel investors” says Anjli.

The Exciting Part: To Anjli, the most exciting part is when students come with their own idea and develop it. She shares this by quoting the example of Bryant University, where a student built an app that helps students find empty study space -RoomFinder which taps into lighting system to figure out which rooms are vacant. She believes that this is true meaning of pushing ingenuity and innovation to the edge. She also feels excited about how the platform ensures that students are engaged to app in terms of utilizing them, providing feedback and development itself.

Expansion Plans: Currently, the company is focusing on the education Market. They have successfully covered the Indian market and has some big clients on board including IIM-A. The company has also launched its services In the US Market and is providing its services already to its customer on board.

Moreover, Kryptos mobile has been approached by many to extend their services into other verticals as well. However, Anjli says that “In my experience, it’s always good to build concept, seek traction and adoption; you can entertain other verticals but if you try to do everything at once, turnout will not be good.” After establishing itself in Education System, now the company has been proactively involved into developing interfaces for few of their customers into field of retail. However, the purpose of the platform remains same- To push out the technology to integrate parties involved in a communication channel through mobile app.

The Founding Mother of The Idea

Anjli Jain is a female Tech entrepreneur, investor and social activist. Anjli is the Founder and Chief Strategist of Kryptos Mobile.

Born in India and raised in the United States, Anjli attended the prestigious Horace Mann School in New York City and later received her Bachelor of Arts degree in Anthropology from Columbia University in the City of New York.

Anjli has 15 years of experience with Tech startups, venture capitals and social activism.

Aside from Kryptos Mobile, Anjli established and leads the following organizations:

Anjli is a professionally trained Kathak dancer and has performed at various venues including Madison Square Garden, Carnegie Hall, Fashion Institute of Technology and Nehru Centre.

She supports organizations such as – Inspiration Corporation (Inspiration Corporation helps people who are affected by homelessness and poverty to improve their lives and increase self-sufficiency through the provision of social services, employment training and placement, and housing)  and –Chicago Foundation for Women (which works to raise money to fund and support organizations that help women and girls).

OMitra: The mobile platform to connect with your train co-passengers

This technology by Tentacle brings an entire call center on your cell-phone!