6 Most Memorable Logos And Thought Process Behind Their Creation !

It all began during the Victorian Era when numerous artists and graphic designers came to the frontier of what we call today ‘Graphic Design’. Their attempt to have symmetrical layouts, heavy ornamentation, complexity and decoration was phenomenally impressive for almost half a century during the Victorian history. Since then, there have been several logos which brought about changes in various fields like changing and experiments of the basic concepts, coming out of new layouts, typography methods, fonts, etc.

The logo that we see today started out with this Gothic-esque typeface first used in the year 1898 when Brad’s Drink was renamed as Pepsi-Cola Company.

Around 1930s’, strong logo ideas came into play. Graphic designer, Paul Rand, revolutionized the logo art and developed the principles of simplicity that is still chosen by many designers today. One of such logos which went from complexity to simplicity was the IBM logo evolution by Rand himself. IBM logo also introduced the rebus- using pictorial representations to depict the words or sentences.

In the 60’s, McDonald’s wanted to change the logo but their design consultant and psychologist Louis Cheskin insisted that they left the golden arches. According to BBC, he said customers will unconsciously recognize the logo as “symbolism of a pair of nourishing breasts.” It has become a cultural icon synonymous with capitalism, globalization and the wide-spread proliferation of American culture. According to a recent survey, the golden arches of the logo are more widely recognized than the Christian Cross.

One dominant usage, as shown in Jack Daniel’s logo, was the use of curved outlines with a flat design and minimum illustration. The one thing that hasn’t changed in Jack Daniels history since its inception in 1875 is its ‘Old No. 7’ logo, still considered to be one of the most popular logos in the beverage industry worldwide.

The Coca-Cola logo, much like the beverage itself, is widely regarded as one of the greatest and most instantly recognizable logos ever created. The earliest version of the corporate logo was designed in 1885 by Frank Mason Robinson. He thought that the two “Cs” would look great in advertising, so he came up with a visually appealing and distinctive cursive handwritten typeface. This typeface, called “Spencerian script”, was created in the mid 19th century.

The red and white color scheme in the Coca-Cola logo is adequately simple, playful and distinctive to attract young audience. While the red color symbolizes passion, determination, youthfulness and vitality, the white color represents the charm and elegance of the Coca-Cola brand. It has been reported that 94% of the world’s population recognize Coke’s red and white.

It has been rumored that Coca Cola invented Santa Claus- wearing a red suit outlined in white trim. This myth has been debunked, as there are multiple images of Santa Claus in red and white predating Coke’s first Santa Claus advertisement in 1931. Coca-Cola can be credited with popularizing Santa Claus in a time before color was regularly used in media. Coke also humanized Santa with certain physical attributes that we still use today (rosy cheeks, large and jolly build, twinkling eyes, etc.). To this day, Coca-Cola is synonymous with winter and Christmas due to advertisements portraying Santa. 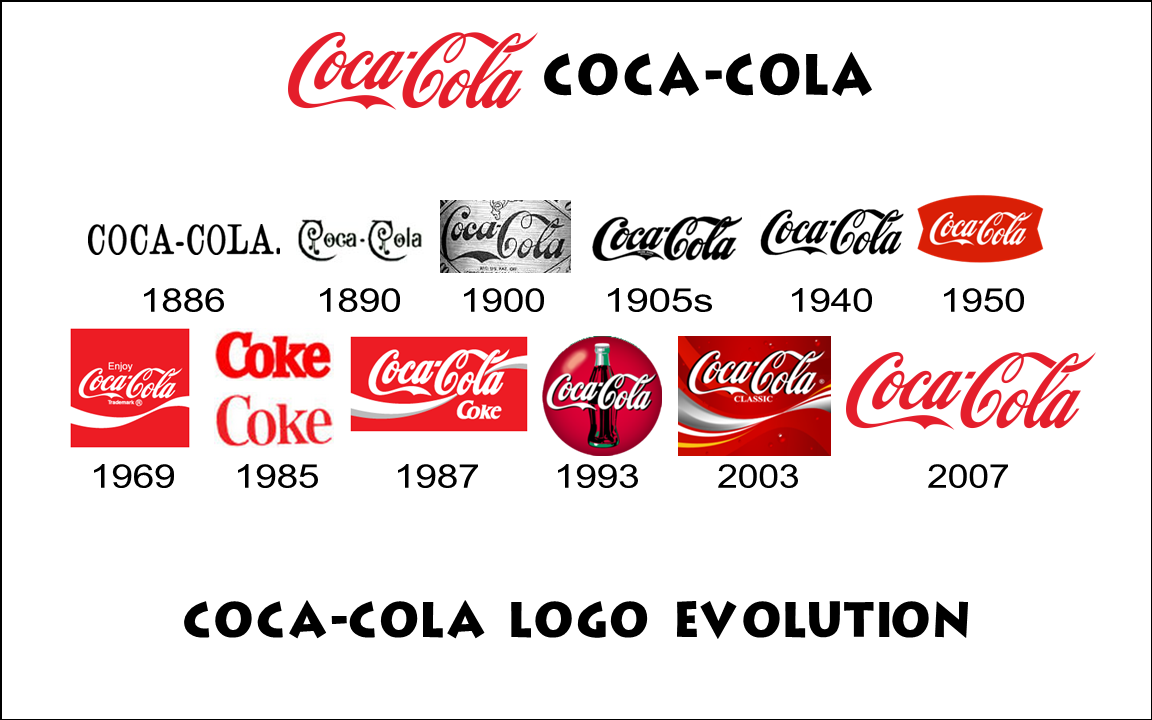