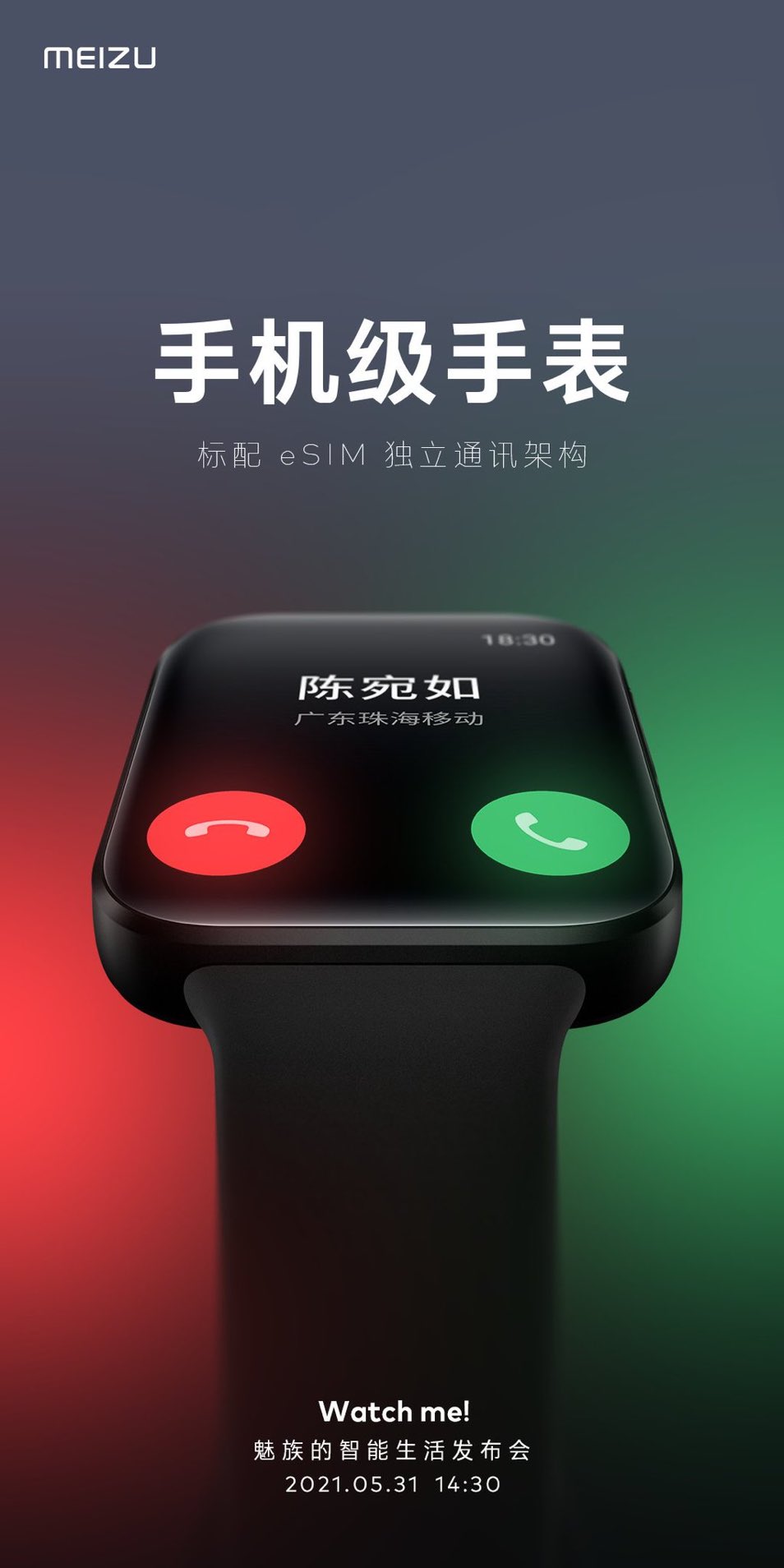 Meizu formally announced the launch of online reservations for its smartwatch today (25th May 2021). This smartwatch will be launched on May 31, 2021, and will use the Qualcomm Snapdragon Wear 4100 processor. 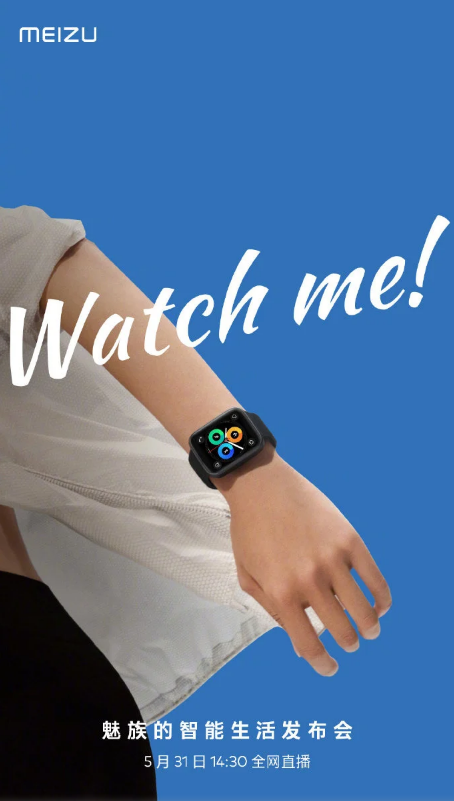 The poster for the forthcoming Meizu Smartwatch shows a square-shaped dial, which is consistent with previous reports. This gives it a similar appearance to the Apple Watch, but no information about the screen’s specifications has been released.

According to the leaks so far, the Meizu Smartwatch will run the Flyme operating system and will enable users to import and update third-party apps.

The announcement was made on the brand’s official Weibo account, a Chinese microblogging platform. The Meizu smartwatch, which features the Snapdragon 4100 chipset and eSIM support, is now available for online registration from the Chinese tech giant.

This allows it to make calls without relying on the paired smartphones, allowing it to be entirely self-contained. The eSIM will also run on a 4G network. 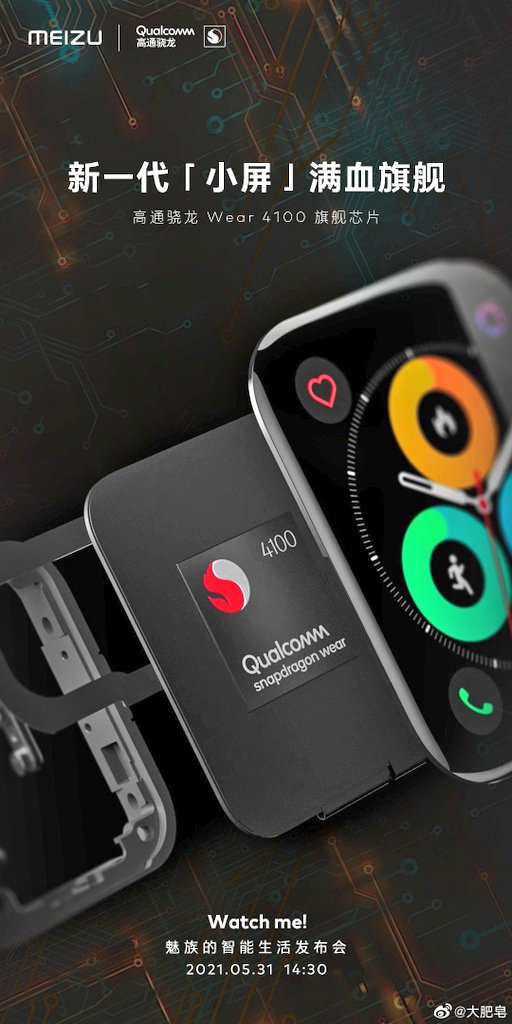 New Watch By Meizu Will Be Powered With Snapdragon 4100 Series

We anticipate support for current-generation features such as blood oxygen level control (SpO2), pulse recording, and more on the device. The device’s specs are unknown at this time, but we expect the organisation to tease us with more details in the coming days.

The company’s wearable is currently available for online registration on the official website as well as JD.com, a prominent Chinese e-commerce website. For those that are unfamiliar, the Meizu smartwatch will have all of the features seen in other smartwatches, such as music playback, fitness monitoring, mobile payment systems, and more.

The software would also work on Flyme OS, which was designed specifically for the company’s smartwatches. So stay tuned for more details, as we will be covering the launch event later this month.