Good Morning America co-anchor Michael Strahan will be on the next flight of Blue Origin on December 9th. GMA ran a feature segment with Strahan, which also features private ventures include Virgin Galactic and SpaceX. Strahan was invited to be a member of the crew, and the money he will receive will be donated to The Boys & Girls Club, stated by Blue Origin. 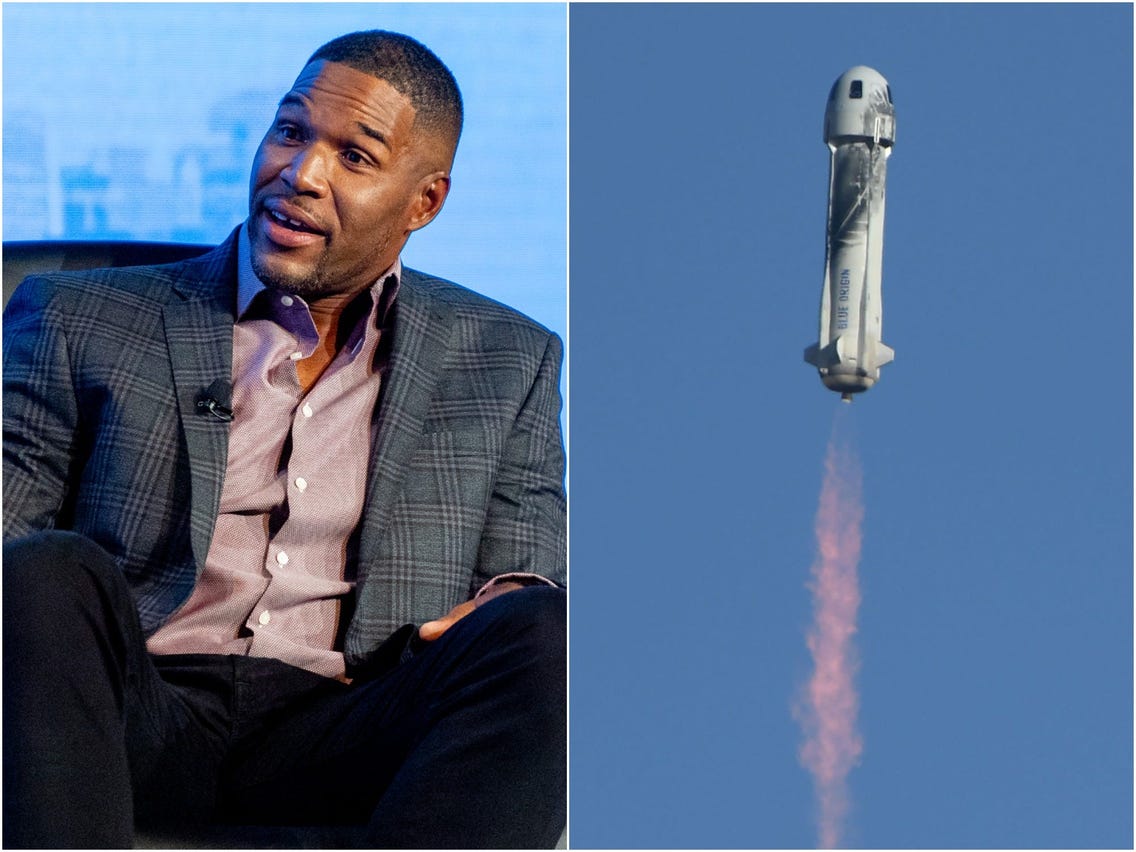 Strahan said on GMA, “I believe that this is the way of being innovative, creative, pioneers in aviation, now space travel. And it’s going to take a while but I do believe that it will bring a lot of technological breakthroughs and also innovations to us here on Earth, and I just want to be a part of it.”

GMA will be covering Strahan and the other crew members on the next flight. However, GMA won’t have access to the flight itself. All networks will rely on the Blue Origin feed. Only last month Willian Shatner flew into space through Blue Origin. He became the oldest person to travel to space with that adventure.

The next flight will include six members, to be launched from West Texas. Interestingly, among the crew, there will be Laura Shepard Churchley who is the oldest daughter of Alan Shepard. Blue Origin’s rocket was named after Alan Shepard and a Shepard will now be traveling through the rocket. Alan Shepard was the first American to fly to space in 1961.

The upcoming flight on December 9th will be Blue Origin’s third flight. Strahan said, “Blue Origin, they approached me, and they asked me if I wanted to be a crew member,” to which he quickly said yes.

Strahan covered the first human spaceflight from Blue Origin this summer. He said that since then he had been enamored with space travel. He said, “It’s going to take a while, but I do believe it will bring a lot of technological breakthroughs and also innovations to us here on earth … and I just wanted to be a part of it,”

Strahan has been getting ready to get into the flight by trying the spacesuit and getting adequate training. The 50-year-old will head to West Texas to get more training, where the launch is to happen. The others who will be joining the flight other than Strahan and Shepard are space industry philanthropist Dylan Taylor; investor Evan Dick; and the first-ever parent and child pair of Lane Bess and Cameron Bess.