Varanasi Gets The First Gift From PM; Takes The Curtains Off From India’s Solar Powered E-Boats 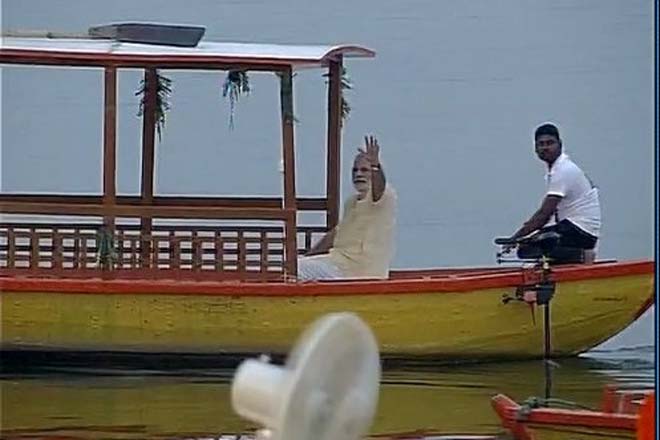 2 May, 2016, Varanasi: At the time of contesting the elections, Narendra Modi laid heavy emphasis on cleaning the Hindu’s holy river ‘Ganga’ and this became one of his prime points of his election manifesto later. After he was crowned as the Prime Minister, he was in constant talks with Japan to ramp up his ‘Cleaning Ganga’ project. During his election campaign, he also gave a jab to the opposition party Congress stating “Wo sarkarey gayi jo sirf amiro ko diya karti thi, ye sarkar unkey liye hai jinka duniya me koyi nahi.” Now the man with the mission has unveiled his first step to initiate his promise and has taken the covers off from India’s first solar powered e-boat in Varanasi that will float on the waters of holy Ganga.

While launching the project, he made some lethal comments which were targeted on the banks and liquor tycoon Vijay Mallya, “Poor of this country do not want loans in thousands of crores or rupees. Their requirement is meager. The way these poor people are repaying the banks should be judged that who is really `rich’ by heart.” However, apart from these political statement, PM also urged the boatmen to not to spend their earnings unnecessarily as it will increase now since they don’t require diesel or petrol to run their boat now. On Sunday evening, PM launched the solar powered e-boats on Assi Ghat in Varanasi and distributed 11 e-boats to the boatmen.