Shares of Valkyrie’s Bitcoin ETF have been certified for listing on Nasdaq, according to Eun Ah Choi, Nasdaq’s vice president of listing requirements. The Securities and Exchange Commission or SEC may soon approve Valkyrie’s proposal for a Bitcoin ETF, with shares to be listed on the NASDAQ Stock Market. 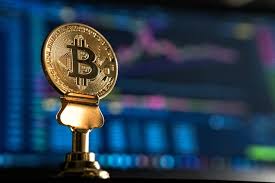 Valkyrie stated in its SEC prospectus filed on Aug. 11 that its Bitcoin Strategy ETF will provide indirect exposure to the crypto asset through cash-settled futures contracts. Contracts will be purchased through a completely owned Cayman Islands subsidiary with exchanges licensed with the US Commodity Futures Trading Commission.

According to a draught prospectus dated Aug. 11, Bitcoin futures contracts will be purchased via exchanges registered with the US Commodity Futures Trading Commission by a Cayman Island-based company that is completely owned by the fund.

The fund will initially invest only in Bitcoin contracts traded on the Chicago Mercantile Exchange, with the ETF aiming for a total notional value of its underlying futures contracts “as near to 100 percent of the fund’s net assets as practicable,” according to the prospectus.

In April, Valkyrie filed a 1933 Securities Act application for a spot Bitcoin ETF. However, the new filing comes only a week after SEC Chairman Gary Gensler said that under the Investment Company Act of 1940, he would be open to authorizing exchange-traded products that are exposed to regulated BTC futures contracts.

“The ’40 Act, when paired with other federal securities laws, provides important investor protections,” Gensler said. Valkyrie has joined ProShares, Invesco, and VanEck as the fourth asset management to file for an ETF linked to Bitcoin futures under the 1940 Company Act since Gensler’s speech, according to Eric Balchunas, a senior ETF analyst at Bloomberg.

The SEC’s official approval deadline for Valkyrie’s ETF registration is Oct. 25, although it could be extended until December. The SEC is now reviewing applications from VanEck, ProShares, Invesco, and others for Bitcoin futures ETFs.

If you fund this article informative then do share it with your friends and family!