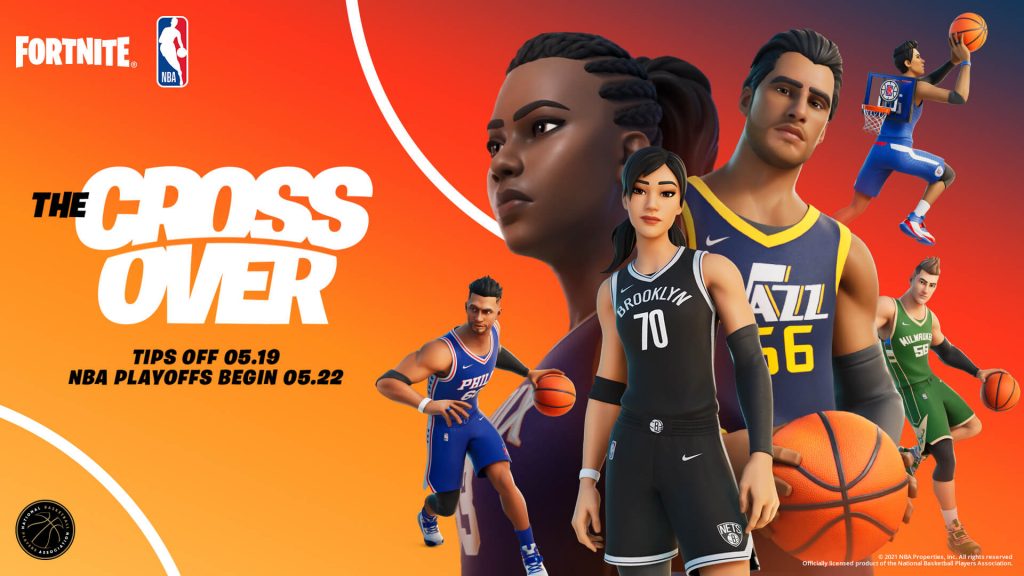 Fortnite and the NBA (National Basketball Association) are working together to bring NBA teams and colors into play. This is the first time that the NBA and Fortnite have partnered together and they will also bring many new items and cosmetics into play. The NBA comes to Fortnite in the form of the Outfit Challenge, which is Fortnite’s creative hub for the world.

All players have to do is sign up on the official Fortnite website and the grand prize will be exclusive back bling based on the NBA Championship Trophy. There are three fan rewards for winning the NBA Team Battles: a Team Championship trophy and bling back.

Fortnite will also include custom skins in case an NBA team is released in the game. Fortnite Skins will appear in the game on May 21, but the price has not yet been revealed.

Thirty NBA teams will be represented, with each player required to buy a single color set to gain access to the uniform. Through this collaboration, Fortnite will offer certain famous NBA players in-game skins. With this partnership, a total of 31 new skins from NBA teams have been added so far. 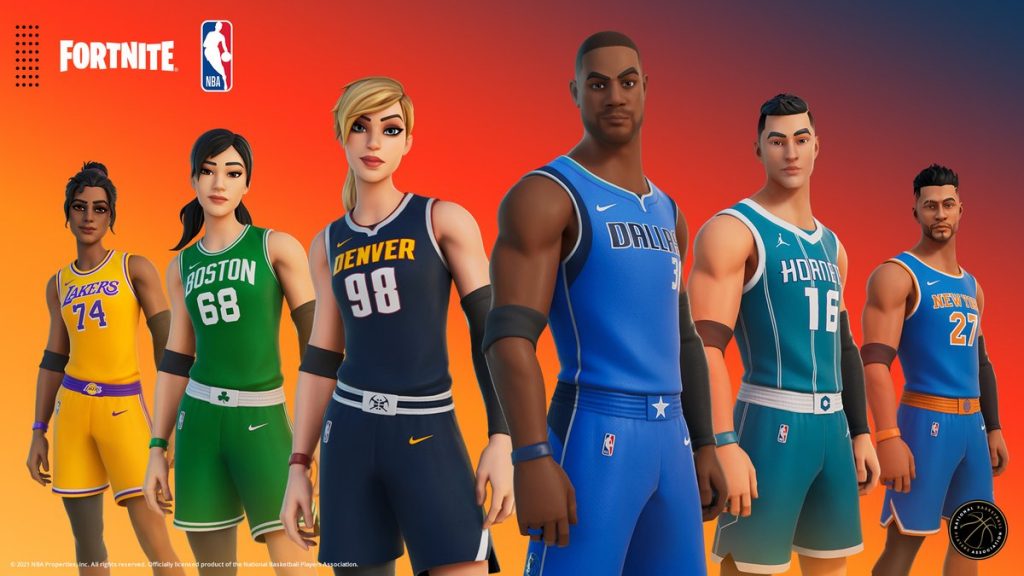 In addition, the Shoot and Score Packs include hook shots, emotes, mini hoops, and bling. To top it all off, you can buy these packs with items in the Hook Shot, Emote, and Mini Hoop Bling so you can show the logo of one of the 30 NBA teams.

As more and more Fortnite Locker stars and asterisks come to the Item Store, you can take your stars for a walk through Fortnite. In addition to the NBA outfits, the partnership has also created a special Player Locker Bundle that includes personal favorites from both Fortnite x NBA X and NBA Team Battle, as well as items used by NBA players like Donovan Mitchell and Trae Young when they play in the games. In addition to the skins of NBA teams, loose bundles curated by NBA guards Donovan Mitchell and Trae Younger will also be added to the store.

Players can qualify for one of the 30 teams by visiting the NBA Welcome Hub in Fortnite’s Creative Mode. On Friday, players were able to customize NBA outfits for all 30 teams, and on May 25, they visited the Fortnite Welcome Hub, where NBA experiences and content can be found.

In 2018, Fortnite partnered with the NFL to add jerseys to its 32-team game. There have been crossover events between Fortnite’s NBA and other unique offerings tailored to certain big names who happen to be fans of the game. 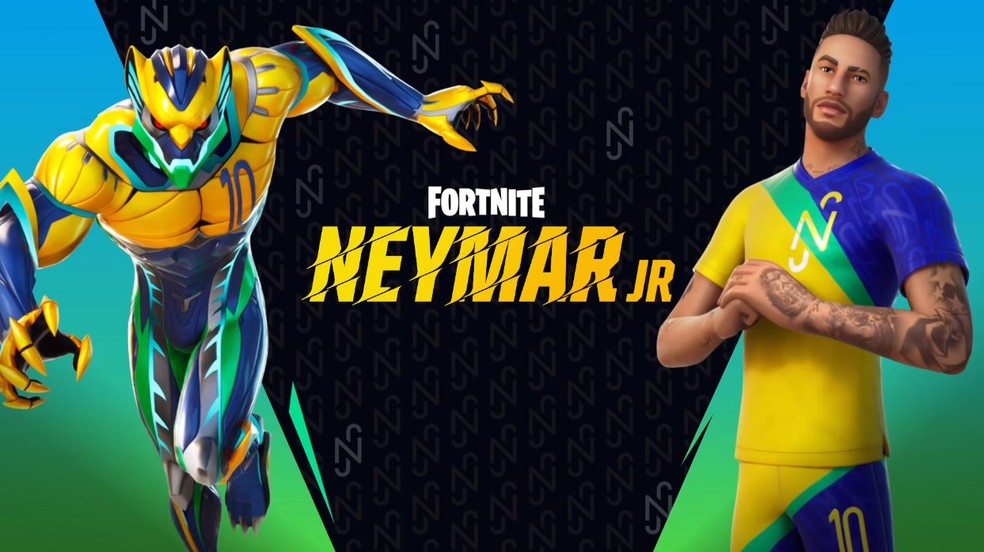 Forward Neymar Jr. was the first athlete to play and Minnesota Vikings wide receiver Justin Jefferson saw his touchdown celebration immortalized in Fortnite. In future collaborations, we may see NBA players celebrate being able to play in the game as an NBA athlete, as the game has done before. The Fortnites NBA Crossover will feature team fights over five days of contests, and 15,000 users who sign up for an NBA franchise game will be able to take part in a number of challenges.

After a series of sporting Fortnite crossovers in recent years – such as those involving NFL and Liverpool Football Club footballers Neymar – the game is finally getting a sporting kick. The North American National Basketball Association (NBA) is next on the list of sporting tie-ins, bringing with it one of the biggest sports franchises in the world: the NBA. Epic Games has planned Fortnite’s next event from the outset, and this brings the NBA into the Battle Royale experience.

Fortnite has a new team battle event that is all about partnering with the NBA. Fortnite, the famed Battle Royale game, releases a new NBA crossover this week to commemorate the NBA playoffs in 2021. Under the name “Crossover” will soon bring the game organizers another event bringing the NBA into the Battle Royale experience, featuring NBA-topping from all 30 league teams, unique emotes, other cosmetics, and more. 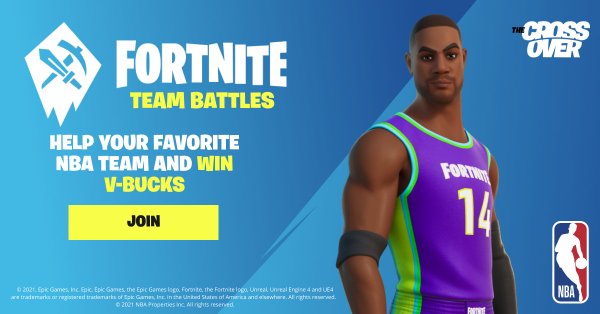 Coinciding with the 2021 playoffs, Fortnite has announced a collaboration with the National Basketball Association. The agreement with Epic Games and the Basketball League will include special in-game tournaments and other features announced by Fortnite’s creative team. In Fortnum & Mason, an NBA-style team battle mode begins, running through May 23, with a special page where players can sign up to represent their favorite NBA team.

The entire NBA crossover is meant to promote the NBA playoffs, which begin on May 22. The event, announced on the official Epic Games website, will feature uniforms from all 30 NBA teams. Players can buy and paint 31 uniforms. It will coincide with the premiere of the State Farm NBA Play-In Tournament, which kicks off on May 19, with the playoffs starting the same day.

Fortnite has teamed up with a major US sports league for the second time. The crossover is nothing new, as the game has worked with the NBA several times, mostly with individual players. Discussions have already begun about what kind of continued cooperation could come between the game and the NBA in the future. 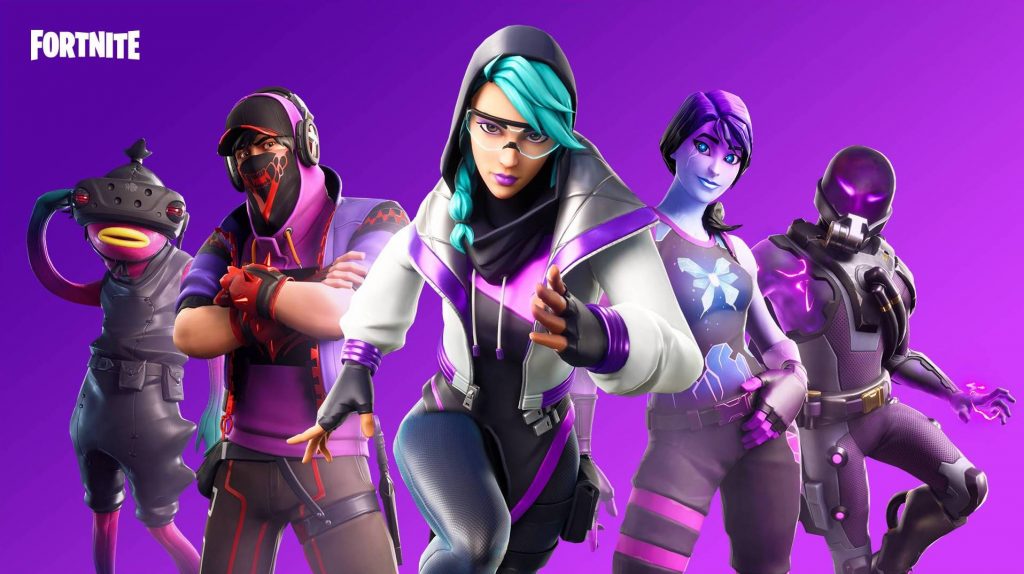 Epic Games partnered with the NBA, and the relationship, which is still ongoing, saw 32 of the NBA team’s jerseys used as skins in the game. Epic announced it on Wednesday, revealing that the game will feature new characters and jerseys for all 30 NBA teams.

If you want to support your team, you can register for the new Team Battle events here. For a deeper insight into the Fortnite NBA Team Battle, we’ve listed all the details in a special blog with the official rules.

The crossover with the NBA comes as no great surprise given the details, which include references to an arcade-like Fortnite basketball game and an event with LeBron James due to take place as part of the ongoing Apple Epic Trials.